Squid Game, the worldwide hit thriller series directed by a South Korean filmmaker Hwang Dong-hyuk, has been labeled as Netflix’s most popular original series of all time. In the first 28 days after its release on 17 September, Squid Game was watched by over 111 million Netflix users.

Squid Game is a fantastic show, one of the best of 2021, but the way it treats women is very strange. I can’t help but feel its female characters got the short end of the stick. 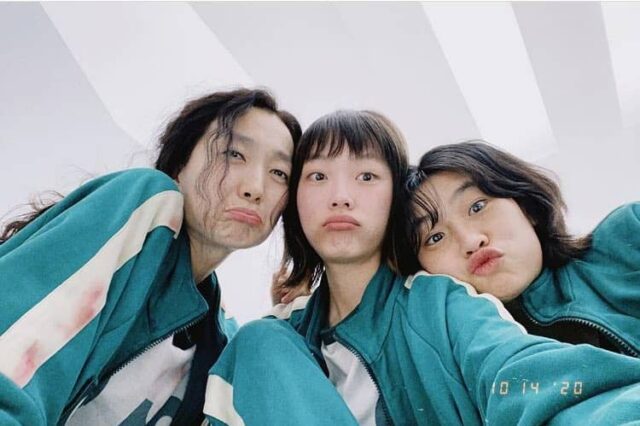 Some viewers have expressed dissatisfaction with the show’s portrayal of women, citing Mi-nyeo’s relationship with a gangster, reluctance to accept female teammates and the VIPs’ use of naked women as objects.

Let’s know the reason why…

First things first, the six games featured in the series are popular playground games in South Korea during the 1970s and 1980s. Each of the contestants’ six games is based on a traditional Korean children’s game—some will be familiar to Western audiences, such as Red Light, Green Light, and tug-of-war—and the squid game is the final one.

Despite the fact that five of the six games did not require squid or any sort of physical fitness, the players preferred men to women when teaming up for a game! Not just men, but strong and intelligent men were preferred over weak, older men and women which were not even required! 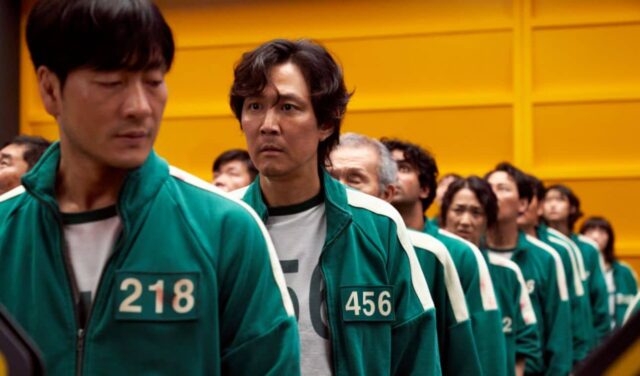 In the game of tug-of-war, where physical strength was crucial, it was the weakest man, player 001, who devised a strategy to help his team win. But it really hits me when even the weakest man on the show is valued, and women are ignored and treated as a last resort.

Han Mi-nyeo is a particularly interesting character in the show. It’s worth noting that native Korean speakers have criticized Squid Game’s English dubs and subs, particularly in the context of Han Mi-nyeo.

Also Read: Why Is Squid Game On Its Way To Becoming The Most Popular Show Of Netflix Than Any Other In India?

Han Mi-nyeo is portrayed as a wisecracking character who assists Hang Sae-byeok in vent exploration and uses her lighter to win Sugar Honeycombs.

But she’s also sickly sweet and is defined by her sexual desires. After sleeping with a gangster Jang Deok-su, she teams up with him only to be discarded when he no longer needs her. 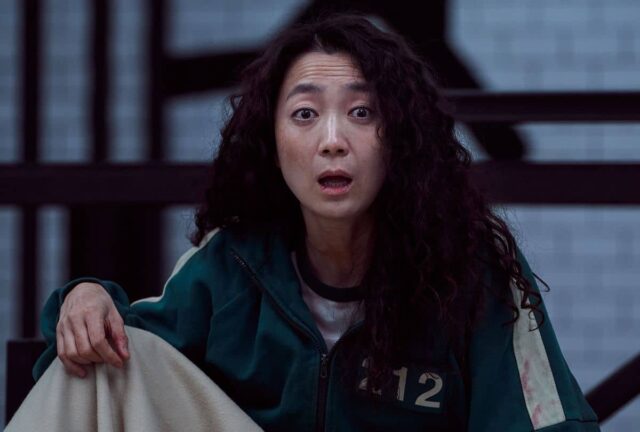 She begs him for forgiveness, and even though she kills him, it’s in a murder-suicide deal that forever links her to a man she once slept with. Despite her street smarts, Mi-nyeo is frequently depicted as naive, foolish, and pitiful.

We don’t meet Ji-Yeong, No. 240, until the tug-of-war episode halfway through the series, when she appears to be little more than a religious teammate’s hater. When Sae-byeok and Ji-Yeong decide to play a game of Marbles together for the next challenge, it is revealed that they are not teammates this time, but opponents, and that the loser must die.

While the other couples glumly decide which game of marbles will decide their fates in the next half hour, the two young women spend their time talking and getting to know one another. And in the end, Ji-Yeong willingly throws away the game as the clock ticks down to the deadline for determining a winner. She makes the decision to be the one to die and makes Sae-byeok the winner. 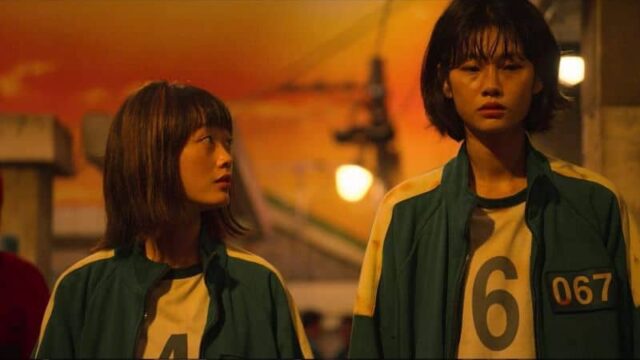 As the trio make their way across the bridge, it self-destructs in a shower of glass shards, slashing each of them. While the men were left with minor flesh wounds, Sae-byeok was left with near-fatal injuries after shattered glass cut open her stomach.

Despite the fact that she has almost reached the end, she is aware that she is on the verge of death. But we find Sang-woo, player number 218 brutally slitting her throat the night before the finals and by now, we find all the female characters are dead in the show. As a result, Gi-hun and Sang-woo played the final squid game, putting an end to the audience’s delight at seeing a woman make it to the finals. 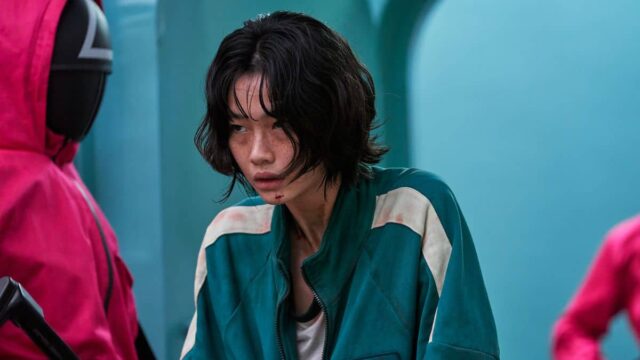 Squid Game is undeniable, a suspenseful survival game series that is full of surprises, laughs, and twists. The female characters in Squid Game are powerfully written, having overcome sexism in the games and reclaiming control of their lives.

However, these characters are still written in many ways to serve male-centric storytelling, which is a mold that the action genre has yet to break.

Call me crazy, but if Squid Game Season 2 happens, I’m hoping that more time will be devoted to the female characters of the show, competing for that big billion-dollar piggy bank in the sky!

Watch: These Korean Dramas With Unique Plots Are A Must Watch