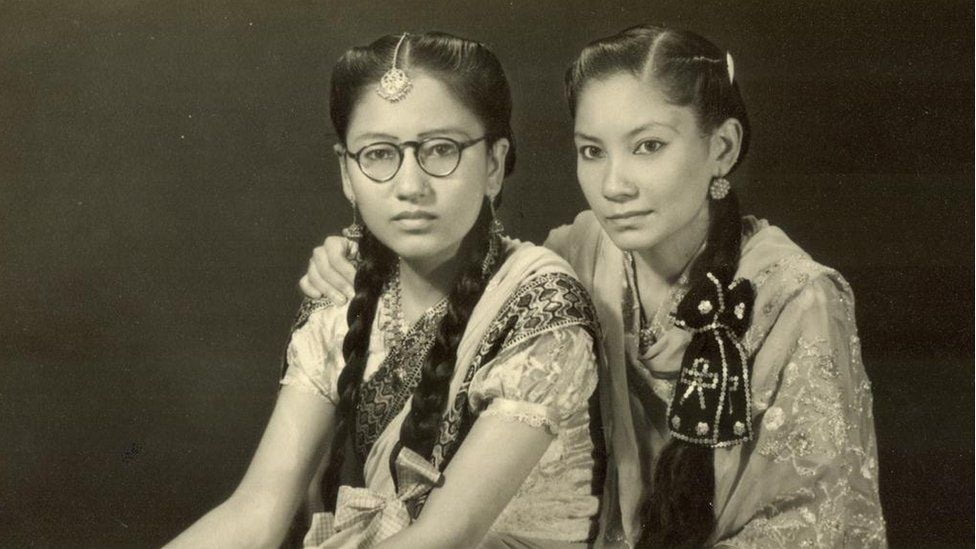 One viral thread on Twitter has made thousands of people in India quite nostalgic about, ‘the good old days’.

The thread was started by user Samsays who happened to find an album of her aunt that was filled with replies that various film stars had written and sent to her, along with their autographed pictures.

As a young girl growing up in a small town in 1950s and 60s, she was completely enamored by movies. Much to the disapproval of her mother, she spent her free time writing fan mail to movie stars and over a time, built up quite a collection of autographed pictures and letters. 2/n

The album consists of handwritten replies from almost every Bollywood star of the 90s. Shammi Kapoor, known as the Elvis Presley of India; Dharmendra, one of the most prolific actors in the Indian film history and  Mother India star Sunil Dutt’s.

Najma was a big Indian film fan, and in spite of her mother’s displeasure, would spend all her free time writing long letters to all the film stars of the day.

Imagine one of us writing a letter to our favourite movie star and receiving a handwritten reply! Well, wouldn’t that be a surprise? (Although, it would be enough for me to die of swooning over it without any regrets).

Najma: The Girl Who Wrote To Every Bollywood Star Of The 90s

Mehrunissa Najma was born in the 1930s in Delhi. Her father died when she was quite young and so, her family comprising her mother and siblings lived with her father’s sister who was married to Saadat Ali Khan – the Nawab (sovereign ruler) of Tonk.

Hence, Najma was raised by her Burmese mother in the Nawab’s palace in Tonk, Rajasthan. Najma’s siblings went to the Aligarh Muslim University for higher education, but Najma didn’t.

It won’t be an exaggeration to say that Najma wasn’t that into books to start with. However, she did love to watch movies, listen to her favourite songs on Radio Ceylon, and write letters to her favourite stars.

Many have asked me to share pics of my aunt, so I did some more digging into her albums. Here she is from her young days. pic.twitter.com/52rfxDni8a

Najma got married in her early twenties and with it came a pause to her rendezvous with movies, Radio Ceylon and her favourite activity of letter writing.

Read more: How Does It Feel Interviewing Bollywood Stars As A College Student?

Najma’s husband passed away after just 8 years of marriage. She never remarried, even though she was quite a beauty and remarrying wouldn’t have been an issue given her young age. Instead, she chose to live with her brother and sisters.

Najma had no children of her own and was extremely close to her niece. Najma was also a big Radio Ceylon fan and had entered pretty much every competition that the radio station ran and even won some.

Her collection includes autographed pictures of some of India’s most popular playback singers of the time along with letters and replies of the Bollywood stars.

Mehrunissa Najma passed away 15 years ago, in 2006 and after her death, her things were put in storage which had stayed there all these years, languishing in a basement somewhere until the album made its way to SamSays.

A Peek Into Najma’s Album

Sunil Dutt, one of the biggest stars of the time didn’t just send her a line or two in reply but wrote a proper letter, with his own hand.

Sunil Dutt – 1962
He wrote her a long letter in Urdu which I can’t read!
10/n pic.twitter.com/JZTKduS5Xv

Perhaps upon reading the letter he must have become aware that the person writing to him was an impressionable young girl. Keeping that in mind (being the gentleman he was always known to be) he referred to Najma as his sister in his letter, not once but many times over.

The star used flawless Urdu throughout the letter along with certain Hindi synonyms for some of the words alongside.

Dharmendra -1962
The pic is damaged but the good looks are intact!
5/n pic.twitter.com/thUcMWmpOS

Dharmendra wrote his hand-written reply in Hindi attaching his heartthrob image to the letter (perhaps as a fan service). It looks like Najma had written to him on his birthday.

In his reply, he had written, “I received your wishes for my birthday. I can barely explain how your letter made my heart dance with happiness. I’m sending you a picture of my autograph, and my best wishes. Yours, Dharmendra.“

(My heart is already fluttering, I wonder if Najma’s did, as well)

Tabassum – 1962
She must have been really young at the time. There is a personal hand-written letter from her as well which I’m not sharing here but will be happy to share with @tabassumgovil if she wants.
14/n pic.twitter.com/6TJtOy5cp2

Bollywood fans have clamoured to read the letters after Sam posted them on her Twitter. Among them was a modern-day film star, Priyanka Chopra Jonas, who thanked the journalist for uploading the treasure trove.

This is so special, I loved going through her collection. Thanks for sharing ❤️ https://t.co/PVbI0OuqWl

She wrote, “This is so special. I loved going through her collection. Thanks for sharing.”

After the thread went viral on Twitter, India’s National Film Archive got in touch with Sama and her family and has offered to preserve Najma’s collection.

Bollywood And Its History Of Glorifying Organized Crime