Rajiv Gandhi, the then Prime Minister and Congress Leader, was assassinated on 21st May 1991 while attending a campaign rally in the small city of Sriperumbudur near Chennai.

The incident shook the country to its core mostly due to the way it was conducted where Dhanno a Tamil suicide bomber had laid a garland on Gandhi and when she bent to touch his feet denoated the bomb was in her suicide vest.

The whole scheme was revealed to have been conducted by Prabhakaran and his militant organization, LTTE (Liberation Tigers of Tamil Eelam).

The gruesome nature of the bombing, where the body of Indira Gandhi’s eldest son was barely recognisable and his body parts were flung all around the ground. The only way he could be recognised was through his white Lotto sneakers and his hairline. 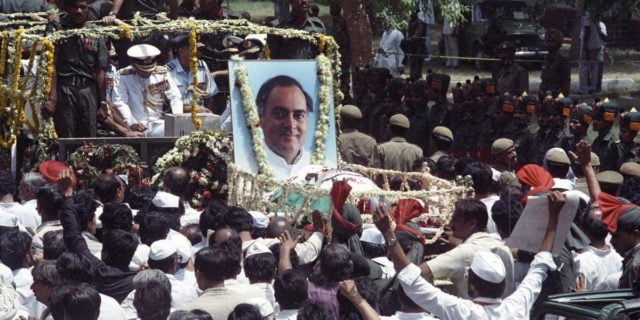 However, along with this unfortunate tragedy, something else was also happening, that being the wedding of my parents. While this whole thing was going on, the citizens of the country and in the capital, were going about their life normally, unaware of the incident that was to follow.

The assassination personally affected my parents and their wedding since the entire country was in a state of mourning, and not just mine but many others had to go through their daily life in a very cautious way.

Apparently, her engagement that was set for 21st May itself was immediately cancelled by the party hall in Essex Farms.

They called to inform that they were cancelling the booking, since no no celebration and no parties were allowed at this time.

Even another family that was a neighbour of my mother, was planning the wedding of their and the police said that no tent will be put up and that the groom will not be allowed to come on a horse. He then came in a normal car quietly and the wedding was carried out without much noise.

While my mother’s ladies sangeet event was happening, according to her, that time too the police arrived this time with lathis and all and said to switch off all lights, even the ones inside the house, and that no dholak, no music, no dance, no noise is allowed.

They said that no celebration, music or evidence of a party happening should be seen.

Wedding guests and all were not allowed to assemble at the assembly point of the barat that was near okhla. The police arrived there too and did not allow any serving of drinks or snacks.

It is fortunate that the situation had gotten a little better by 23rd but it was still not entirely fine.

On the day of the wedding too, the police quickly arrived by around 12 in the night and asking to wind up the setting, including the tent, food area and all. Only the area where the pheras would happen was left intact, rest all was told to be taken down. 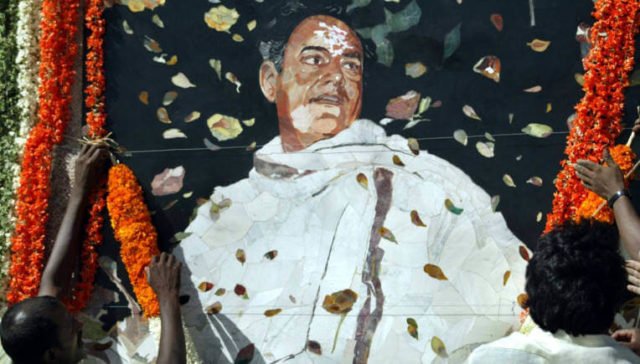 Read More: Our Attitude Towards Priyanka Gandhi Shows We Are Not Yet Over Our Medieval Past

With markets, restaurants, hotels, shops even grocery shops and all closed down for 2-3 days, it all seemed very much like a curfew situation.

People were told to not get out of their houses, with the situation on 21st and 22nd being the most tense. There was no radio or TV, the only thing that was on was either mourning music or the news about the assassination.

However, my mother did not that while there was a curfew like situation there was no violence unlike during the assassination of Indira Gandhi. 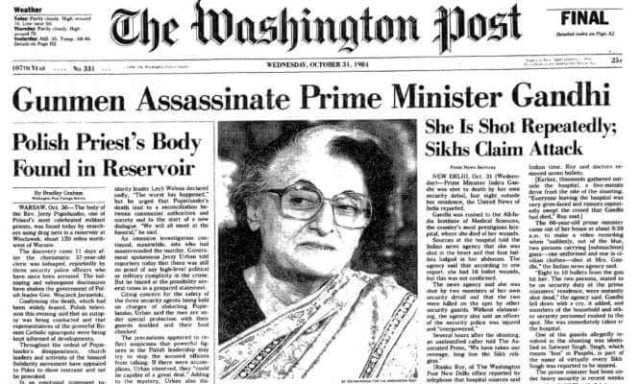 My mother recalled that she was in college when it happened, and quickly, her principal had interrupted a festival and informed all students to instantly go home and not make even a single stop anywhere.

She said that, that time it was a very bad situation, where Sardars were terrified of getting recognised and hurt and so they got their hair and beard cut off.

She stated how the barbers used to overcharge like Rs.100 or Rs.500 even though it only used to cost about Rs. 25 or so for a haircut at that time.

There was even a rumour of how the water in the water tanks was poisoned, so during that time she said it was a very scary situation.

However, that’s why the authorities were alert and scared this time and taking every measure against any kind of violence happening.

She stated how police and authorities had taken steps and precautions this time so that the situation was handled better and no riots or violence could be carried out.

No big gathering were allowed, if any started to form then the police would come and disperse it quickly.