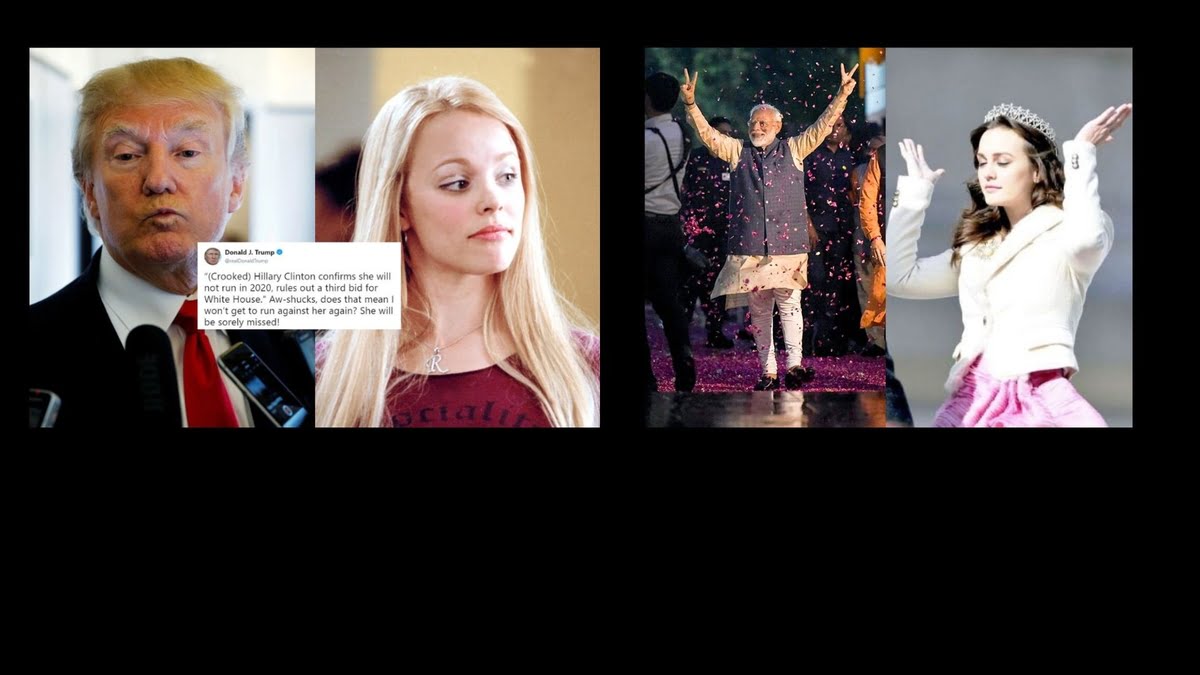 The allure of a ‘mean girl’ cannot be exaggerated: She is powerful, exceedingly smart, and even though she has a lot of haters, everyone still wants to get to know her.

On a closer look, the typical high school mean girl that we see in movies is very much like a politician in her own right.

In fact, modern day world leaders have a striking resemblance with many iconic mean girls across the cinematic history: both create the illusion of a cult of personality and everybody always talks about them. 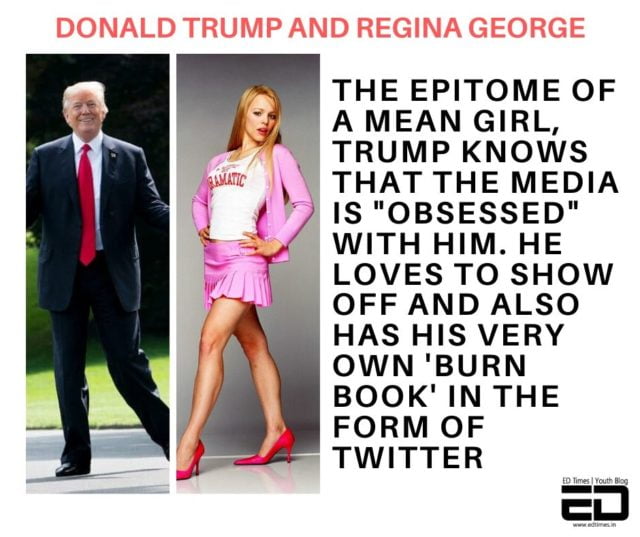 Power acts like a badge of validity for both mean girls like Regina George from ‘Mean Girls’ and world leaders such as Donald Trump. Because their subjects chose them as the “Queen Bee”, it reinforces that they are the most ‘perfect’ people in the world. 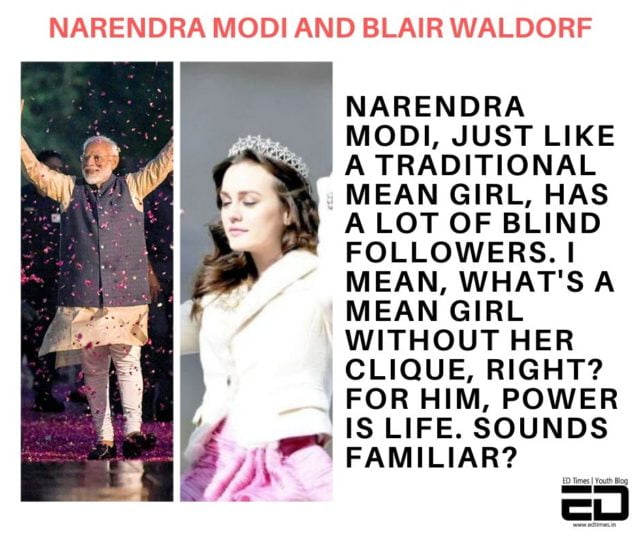 Another striking similarity between the two is their glamour and mass appeal. Remember, Blair Waldorf from ‘Gossip Girl’? Everybody follows them and everyone just knows stuff about them. This is exactly what helps them stay at the top of the high school pyramid and the political food chain respectively.

Also Read: Differences Between People Who Listen To Music And Those Who Don’t 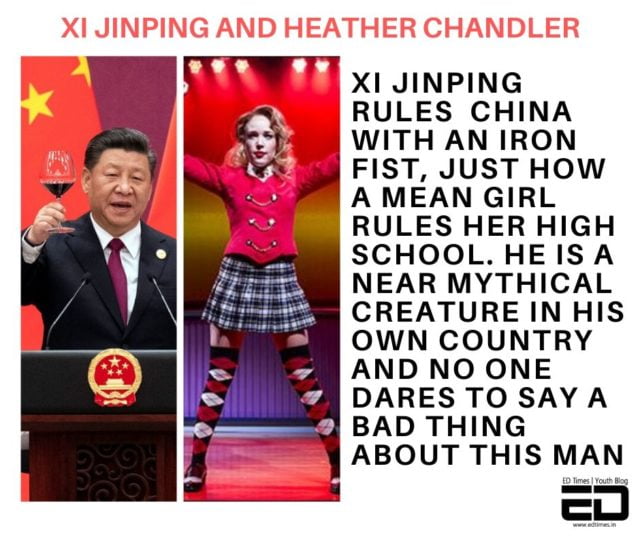 Both mean girls and politicians enjoy formal and ritualistic displays of affection from their followers. Every single move of theirs is exuberantly cheered by the people.

The public may not even like them, but they still feel the obligation to keep them in power because there is nothing much that they can do about it at all. Heather Chandler from ‘Heathers’ is a prime example of this. 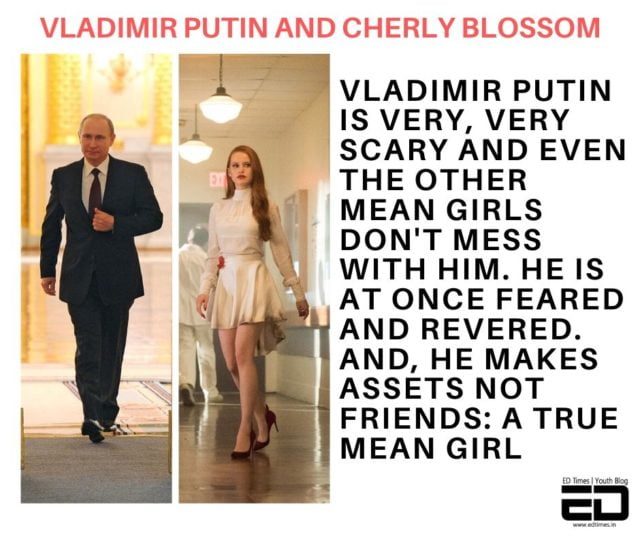 Cheryl Blossom from ‘Riverdale’ is another perfect mean girl who could very well be a politician. Both of them befriend just the right people and the rest are only allowed to be in awe of them from afar.

They instantly remove anyone who would threaten their position- the mean girl does this either by spreading a rumour about the potential threat or by making friends with her whereas world leaders do this by starting a cold war with them or by making them their allies. They do this to negate the threat or to keep them under their shadows. 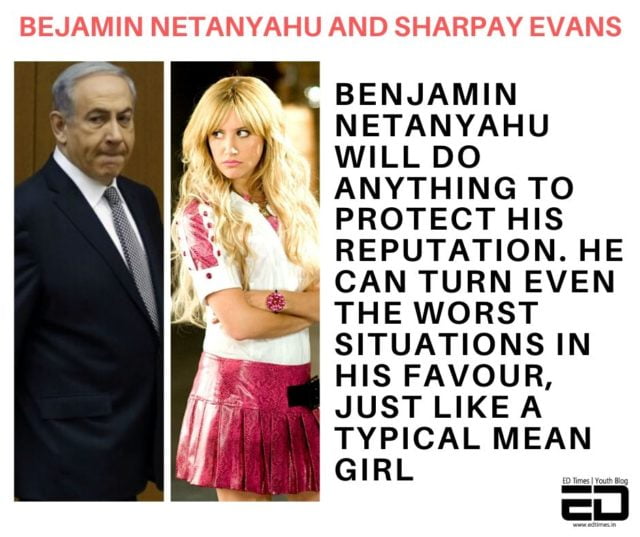 Finally, keeping in tune with mean girls such as Sharpay Evans from ‘High School: Musical’, world leaders keep their subjects in check by using fear and punishment.

They do this passively so that their reputation is still intact. This is why both of them get a third party to do their dirty work while they just act as the puppet masters pulling everyone’s strings.

It may seem crazy at first, but the mean girls who rule the corridors of your school can be a lot like the men attending powerful meetings in the house of politics.

Do you agree with this analogy? If yes, then feel free to let it out. Put it in the book.

Watch: 250 Years After His Birth, Beethoven Became An Eco Warrior, Find Out Why!