The #MeToo movement brought many unheard voices to the spotlight, sparking calls for a dramatic social change. Japanese women are fighting for a similar change through their #KuToo movement.

The hashtag has been getting tremendous traction online and has now become a social media campaign against the unrealistic beauty standards set for women. Women in the workplace have especially taken a stand for this new online campaign.

The #KuToo movement was started in 2019 by Yumi Ishikawa, a Japanese activist who used to work part time at a funeral parlor. Her hashtag took inspiration from #MeToo and is a play on the Japanese words kutsu (shoes) and kutsuu (pain).

Yumi, like many other working females in Japan had to withstand long hours of excruciating pain because their workplaces required them to wear heels as high as 3 inches, all the time. The practice was considered as proper office etiquette, so much so that it had the sanction of Japan’s labour minister.

Yumi vented online about her plight and thousands of women followed suit, explaining how they have had to put on happy faces while their toes bled and backs hurt. Many of them took to Twitter to vent their woes.

It is great #KuToo became the movement beyond the sea! I was forced to wear heels and make-up from Japanese company I worked for. They say it is “manners*”. They even showed me pictures how I should look. We are tired of lookism and living like this. Thanks cyndi & Ms. Ishikawa.

I have been working in Japan for 10 years. Forcing high heels and forcing makeup are common. I want to change the environment so that I can work quickly and safely.

Since then, Yumi has personally been spearheading the campaign by organizing awareness drives and submitting petitions to abolish this practice.

Beauty Standards From ‘Head To Toe’

If high-heeled shoes weren’t enough, Japan’s office settings make it compulsory for women to be ‘presentable’ before anything else. This means that women, whether they like it or not, have to come to work with makeup on.

Some schools have even made it compulsory for students to don black hair that is styled in a particular way. Moreover, all these official environments keep a tab on women’s weights as well!

But the worst part of all is that these women have been strictly instructed to not wear glasses, not even corrective eye-wear! Sure they can go through the trouble of poking their eyes to wear lenses, but glasses – hell no!

This sparked a sister movement to #KuToo called the ‘glasses are forbidden’ hashtag (#メガネ禁止). Like the #KuToo movement, this has also garnered widespread attention.

A Question Of Equality

What irks women all over the world when they hear about such incidents is that men are never asked to stick to any such bogus standards. Neither their shoes examined, nor their glasses. 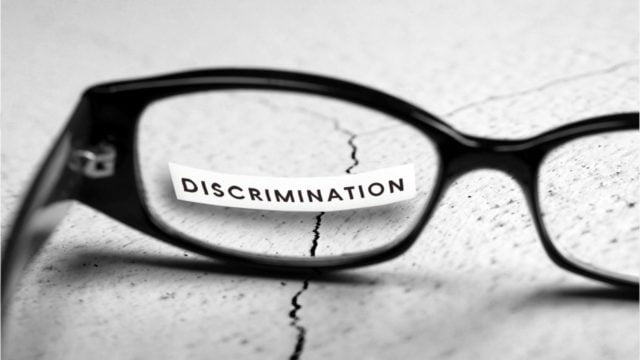 The voices behind #KuToo are not asking for any strict laws for male office etiquette. They only want to do away with all these workplace rules that place importance on a woman’s looks rather than her skills.

Bearing the brunt of society and suffering through pains and infections should never be the definition of a woman’s life. Ensuring equal treatment across all arenas of their lives is what this movement, like many others has been trying to do.

With more and more people extending their support, Japanese companies have started regulating their policies to be more sensitive to women’s hardships. It is amazing to know that a small step in the right direction, has the potential to create huge waves of progress.

The voices behind #KuToo have indeed created those waves. Let’s hope that they don’t die out as mere ripples.