What do you expect when you buy a premium smartphone? A lighter pocket and in some cases, a dis-satisfactory experience (Hi, Apple users), but certainly not 600 gifts along with it, right? OF COURSE NOT.

But guess what? Someone got exactly that as he purchased the oh-so-beautiful OnePlus 6T recently, thanks to the OnePlus ‘Lucky Star’ campaign. Shashank Shekhar, a 24-year old Delhi resident, emerged as the winner of this campaign.

What Is This ‘Lucky Star’ Campaign?

Just about a week ago, OnePlus and Amazon announced this OnePlus Lucky Star campaign to celebrate 4 years of their partnership together in India.

As part of the campaign, it was announced that a random person would be chosen from amongst all the buyers of the OnePlus 6T between November 30 and December 2, who stood a chance to win a package of 600 gifts just by answering one question.

The gifts ranged from laptops and fashion accessories to kitchen appliances and furniture. Chosen from over 35 product categories from Amazon, there wasn’t a thing that could’ve been missing from the package.

What Did The Winner Receive?

OnePlus announced Shashank as the winner just a day ago, and so many were the gifts that a mini-truck had to be used. And as if that wasn’t flattering enough for him, OnePlus India’s Managing Director, Vikas Agarwal personally delivered the gifts to him. 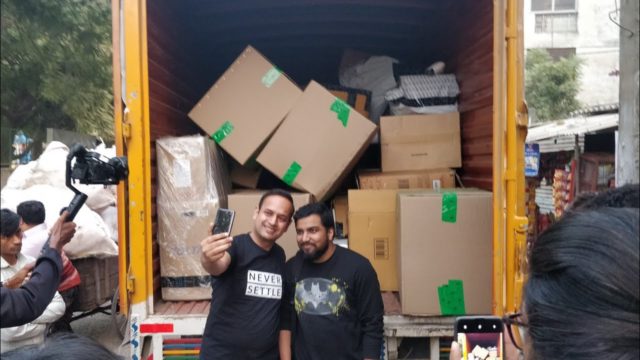 Also Read: Beware Of Misleading Cashback Offers Before Buying Your First Smartphone Of The Year

Besides the OnePlus 6T that he ordered, he is also getting a refrigerator, a laptop, gaming consoles, music instruments, sports gears, kitchen and home decor items and loads of other things.

How OnePlus Emerged As The True Winner?

“We received an overwhelming three times growth in demand for OnePlus 6T during the anniversary offer.” 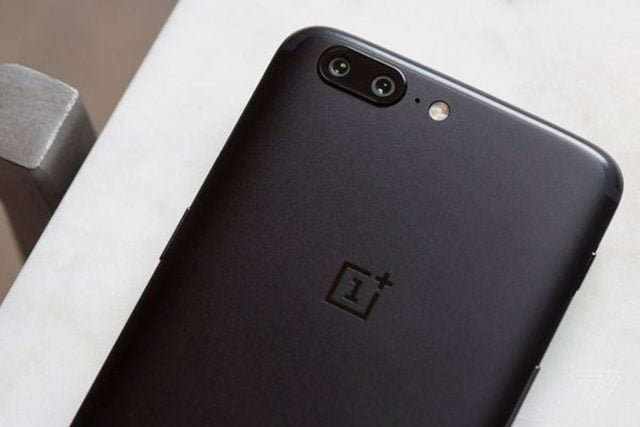 A 3x growth in demand is a big win for OnePlus, who is already dominating the Indian smartphone market. The Chinese smartphone manufacturer has always been ahead of the curve, coming up with great smartphones year after year.

But that isn’t all what OnePlus is about. I’m not even talking about their super-aggressive pricing strategy in this case. Of course they beat every other brand with that.

I’m talking about customer satisfaction. OnePlus has always nailed that.

In a Mobile Industry Consumer Insight (MICI) survey, conducted by CyberMedia Research (CMR), a whopping 100% of OnePlus buyers turned out to be satisfied with the brand.

Kudos to such a brilliant way of giving it back to the customers while also earning profits at the same time!