We all remember Lamhe, the iconic 1991 Yash Raj from their golden era, filled with iconic songs and picturesque locations.

The film is evergreen not just for the above mentioned things but also for the wonderful performances given by Sridevi and Anil Kapoor.

Songs like Chudiyan Khanak Gayee, and Meri Bindiya performed impeccably by Sridevi still remain a favourite of many till today.

Apart from that, the movie was also a progressive film in giving the female heroine an agency and thus ahead of its time. The way the story showed Sridevi’s character Pooja declaring her love for Anil Kapoor’s Viren and not waiting for the man to make the first move impressed me.

But that is not the point of this article, in fact, it is almost the opposite. While rewatching the movie recently, a thought struck me, ‘Did Sridevi not almost stalk Anil Kapoor and forced him to fall in love with her?’ 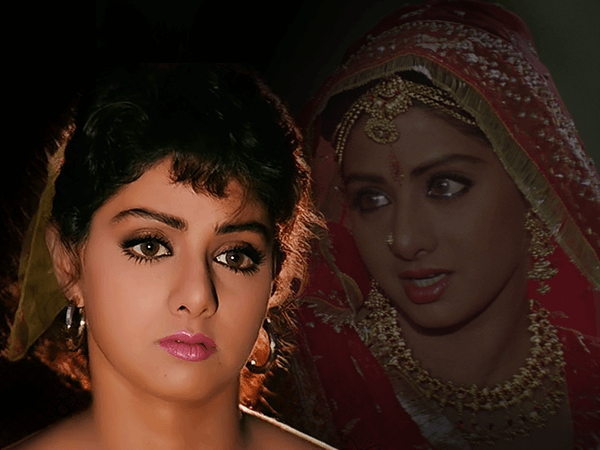 Stalking in Bollywood is nothing new, where we see one party relentlessly chases after another in order to win their affection.

Usually it is the guy who employs a number of methods, from creepy to downright illegal in some cases, to wear down the girl so much she agrees to be with him.

But in Lamhe, it was the opposite, with Sridevi’s character doing all the things that we normally male Bollywood actors doing today and getting called out for it.

Putting her head on his shoulder, constantly being around Anil Kapoor’s character and being overly familiar with him are instances where Sridevi’s character intruded into his personal space.

There is nothing as such wrong with it, but after Viren’s character has tried to create boundaries around their relationship, it does seem to be neglecting his words.

Not respecting personal space or any space at all is a common trope of the so-called romantic Hindi film hero, an example would be Badri from Badrinath ki Dulhania. He followed the girl around town, and even reached her training institute.

Sridevi’s character also pestered Viren even while he was in a relationship with another woman, and almost tried to sabotage it

In fact, during a scene in the movie, Viren makes plans with his girlfriend Anita to have lunch with her. On hearing this, Pooja’s character starts asking him to blow off work and to go out with them instead. All this was done using emotional blackmail.

They then spend the entire day at some kind of a Disneyland theme park, which eventually ends in Viren forgetting about his lunch date.

Emotional blackmail has often been used in Bollywood films by heroes to get close to the female love interest. From simply invoking pity in her to going to the lengths of committing suicide as we saw in the infamous movie Raanjhanaa.

In one scene, not only does Dhanush’s character forcefully enters Sonam Kapoor’s auto but also threatens to cut his wrist and even does it when she declares that she does not love him.

Stalking was also apparent in this movie, as Sridevi’s character comes across as a girl who is unable to take ‘no’ for an answer.

She uses the fact that she is staying in his house very well to get close to her ‘Kunwarji’ and tries to enter into every moment of his life. She stalks him, learns information about his daily life from his friend and tries to mould herself into something that he would like.

Stalking is so extremely common in Bollywood films that its scary. Raanjhanaa, Toilet: Ek Prem Katha, where Akshay Kumar’s character is secretly clicking pictures of Bhumi Padnekar’s character, without her consent, and many others, all show a guy stalking and following a girl around in order to learn more of her.

Instead of doing the normal thing and trying to get to know her face to face, you know.

Assumption is a big thing in Bollywood movies, where if the girl smiles at a man or gives him a handkerchief, it suddenly becomes a signal that she is interested.

This then starts off the whole process of stalking, intruding and eventually wearing the girl down so much she has to say yes. All the while, romanticising this to an extent where it is considered normal for many.

The term ‘hassi to phassi’ applies to Lamhe quite a bit where Sridevi’s character just assumes that Viren has feelings for her and that he must be hiding it or doesn’t know them himself.

Him gifting her on her birthday, making him wear a sweater he does not like, taking his acts where he is just trying to pacify a young girl as something more are classic example of this.

She tries to approach him twice, once where she declares her love for him, he declines it and says that he does not reciprocate them and another when she practically tells him to apply sindoor to her and marry her, since he has a photo that looks like her.

Nowhere till now, had Viren ever given any indication that he felt for Pooja anything more than a platonic feeling. 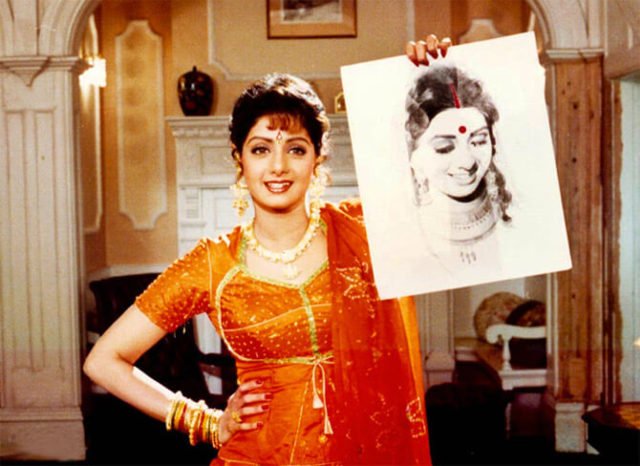 I would also like to address the issue of a double standard here, and how it is not right to brush it under the rug.

The age difference between Viren and Pooja is not one can just ignore, the former is almost double her age, or around the same age as her mother only.

Then why is the pursuit by Pooja of Viren is seen as something innocent, while if it were reversed, it would become extremely creepy.

Had it been Viren who first fell in love with Pooja, even after the girl is of legal age, it would have been seen as something extremely creepy and wrong.

But since it is the young, innocent girl who is doing the pursuing, everything is alright, no matter how uncomfortable the older male is.

Some might consider Pooja’s relentless ‘wooing’ of Viren as emotional maturity, but is it really?

If we are calling out the current males for their problematic behaviour and not understanding consent, then shouldn’t the same apply to women, no matter their age?