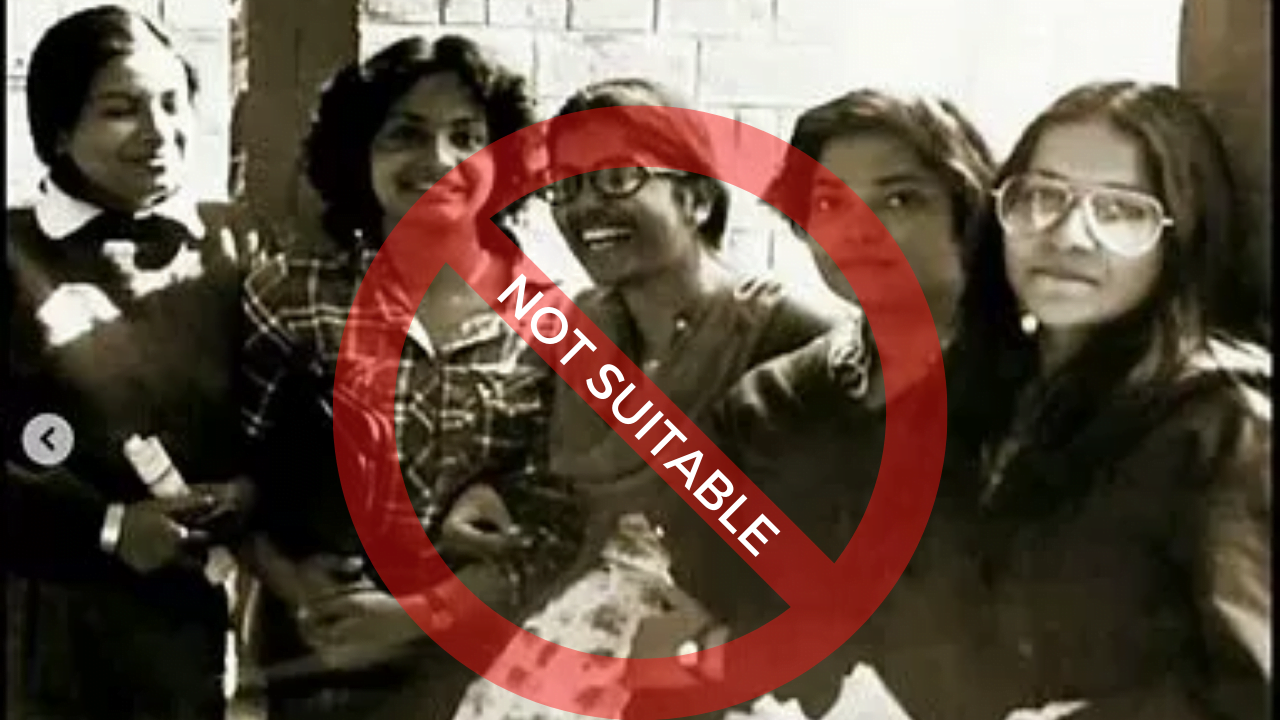 Earlier this year, a Netflix show ‘Indian Matchmaking’, based on the life of a professional matchmaker, Sima Taparia, had created quite a buzz all across social media. The unrealistic and problematic criteria that were put forth by the clients as well as harboured by the matchmaker herself bothered the viewers.

And this led to the internet being filled with a plethora of memes – the primary way netizens choose to express their dissent against anything today.

Now, have you ever gone through the matrimonial ad columns in a newspaper? While they do have great entertainment value, they are also proof of the fact that Sima’s show wasn’t really unrealistic to speak of.

In India, an arranged marriage isn’t what brings two souls together, binding them in an eternal bond of love as they say. It is the families that have played that role instead. The couple that the marriage gives birth to is mostly just an insignificant by-product of sorts.

Casteism, patriarchy, sexism – you name it and you will find them mentioned with utmost clarity in these advertisements, even in today’s date. The only thing that has evolved over the years about these matchmaking processes is the medium of their expression – word of mouth to professional agencies to advertisements to apps online.

The expectations for a suitable bride have disturbingly stayed the same over the centuries. Recently, we found quite an interesting sample from the late 20th century to reinforce our thoughts around the same.

Too Educated To Get Married?

The relationship between a successful career and marriage has always been a hostile one for women. Of course, we can’t have it all!

After all, the age-old concern of “Ghar Kaun Sambhalega” (who will look after the house) doesn’t just disappear all of a sudden, does it? Couples need to procreate and women need to keep bringing them up to further the generations.

If we closely analyze the basic criteria that the groom’s family usually have, we will be able to break down arranged marriages into two kinds in most cases – one where the groom’s family doesn’t want the girl to have any sort of education, and the other where they do want her to be educated, just enough for them to be able to maintain their reputation in the society.

The third option where the family supports the girl having a career solely for the sake of her dreams is a very rare occurring.

Out of the first two, the latter is way worse than what meets the eye. The status of the bride there is simply reduced to a mere degree, one that the family can flag around while she sits back at home to take care of household chores instead of being able to make any rational use of it.

At most, she will be allowed to take up a part-time job, which doesn’t even do justice to her qualifications.

Also Read: Matrimonial Websites Are Luring People To Get Married During Lockdown With ‘Offers’ Which Are Seemingly A Hit

Why LSR, JNU, and Miranda House In Particular?

Delhi University has always been the center of student movements. And this hasn’t restricted itself to the male population of the students. Women have taken active participation in the same, leading numerous movements themselves.

Matrimonial ads in the 1970s thus popularized a notion regarding girls hailing from institutes under the Delhi University – that they shouldn’t apply for these matrimonial processes.

This was true especially for the more vocal and liberal institutes like LSR, Miranda House, and even JNU which isn’t a part of DU. 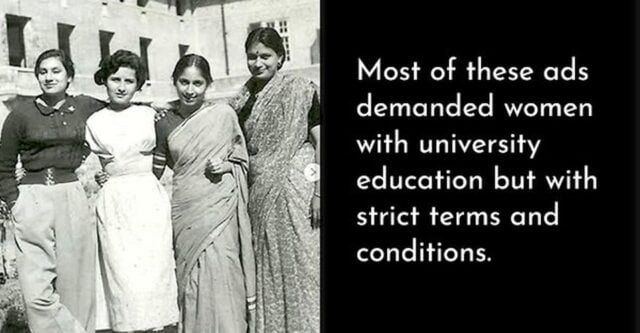 Call them feminists or anti-nationalists, these women have just exercised a very basic human right of being heard.

But the misogynistic set-up that these matrimonials ads are a part of, express how threatened the society always feels by girls who seem to have an independent mind of their own, daring to express their dissent in public. And the best way to deal with such women is to cut them off from the very society.

“Girl should be thin and fair, but career-wise shouldn’t be too successful or have too much potential.”

Back in 2012, a YouTube page named MainDuck started a series called ‘Sahi Rishta’ wherein families or the potential bride or groom themselves would put up a video as their bio, mentioning all that they are looking for in a partner.

The above quote was from the mother of a boy – one among the many who wanted girls who were both qualified as well as preferred staying at home to cook and clean for the family.

Thus, it doesn’t come in as too much of a shock when we see advertisements wherein they have specifically stated colleges and institutions to which the suitable candidate shouldn’t be hailing from. That too back in the 1970s when the Indian society was anyway not that progressive.

The daughter-in-law of the house possessing a mind of her own – voicing her opinions on society, politics, education, or any aspect that goes beyond the daily chores of the household?

Well, that’s too embarrassing and the family clearly has no control over her. Where then will they bury their face in shame?

After all, women are mere objects that are to be controlled by the husband and his parents. Her priority is to serve them according to their whims and fancies. But no educated woman in her right mind would accept this.

The whole purpose of their education is to oppose and defy the so-called “norms” of society. And no decent family in this patriarchal set-up would want to take such a risk, would they?

The sad part is that this is prevalent even in the 21st century, where people talk about feminism and women’s liberation from as young as their high school days.

The amount of hypocrisy that goes behind these practices is unimaginable. It all sounds good when you read about them in textbooks and show your support for them by joining a few groups online and liking a couple of posts across social media. But at the end of the day, when it comes to marrying their sons off, they want a ‘safe’ option.

At the end of the day, an intellectual woman is assumed to be the greatest threat to a peaceful home – she is incapable of managing a family alongside fulfilling her personal goals.

It isn’t too much of a surprise, is it? Being a student of one of the above-mentioned institutes, I too have been on the receiving end of remarks that label me as an “elitist” or a “feminazi”. Liberal minds with goals of their own apparently don’t settle well in marriages.

We need to be more “flexible”. Just like a fresh batch of clay, ready to be moulded into whichever shape that our in-laws want us to be in.

Well too bad, I don’t clear the very basic qualification of having graduated from the institute of their choice in the first place. No proposals for me I guess then!

Anurag Kashyap Gets #MeToo Allegation 1 Day After Saying Ravi Kishan Did Drugs; Was It A Retaliation?

Meet Sheetal Shaparia – The Astrologer Who Is Transforming Lives Of Others Using The...