Today, Jaipur witnessed one of the rarest weather phenomena. People are calling it ‘green lightning’ which appeared for a split of a second and made the sky look green.

According to reports, there was a flash which turned the sky into an eerie green.

Across the globe, very few people had witnessed this intermittent phenomenon before. The green flash was even photographed just once. 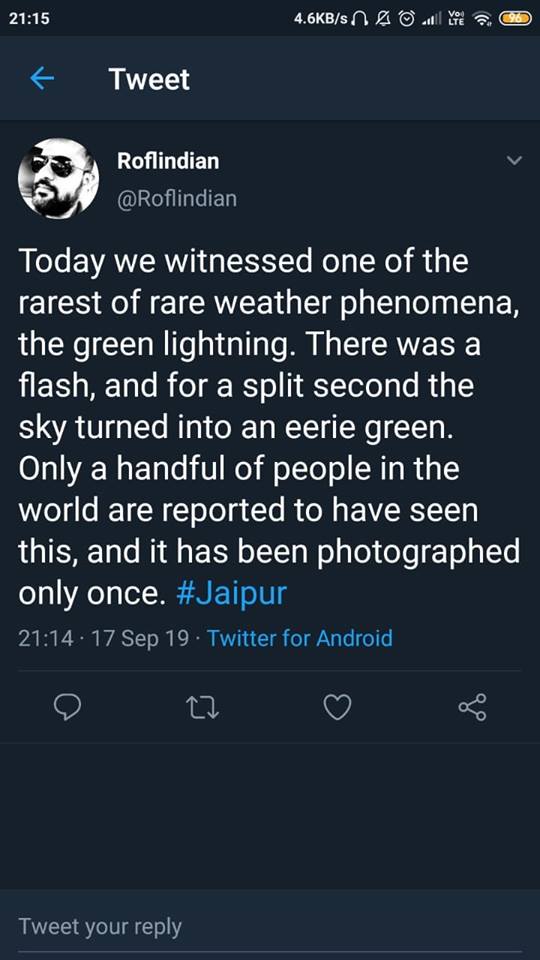 But this rare incident is nothing but a meteorological optical phenomenon that sometimes occurs during the time of sunset or sunrise.

According to Wikipedia, “When the conditions are right, a distinct green spot is briefly visible above the upper rim of the Sun’s disk; the green appearance usually lasts for no more than two seconds.’’ 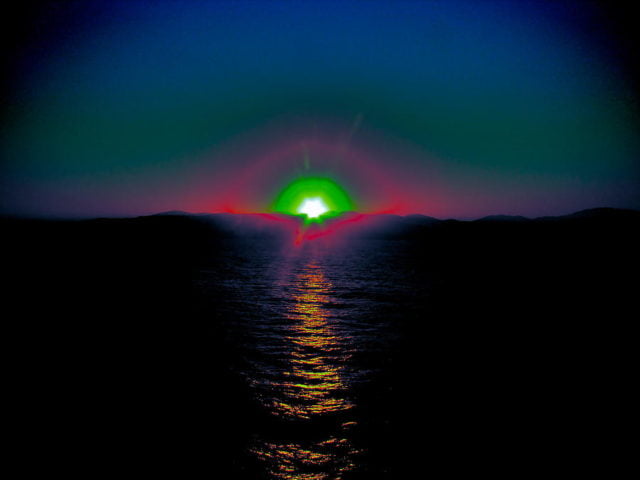 These green flashes generally occur for a scientific reason. Earth’s atmosphere is capable of causing the sunlight to get separated in different colours. Green flashes are generally enhanced by mirages and are more likely to be seen in stable and clear air. 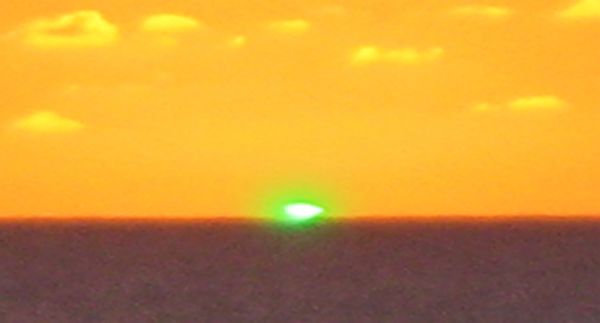 Also Read: 5 Bright Career Options For Students Who Want To Pursue Hindi As A Language

D.K.J. O’Connell took the first colour photograph of a green flash at sunset in the year 1960. But these rays are nothing to be scared of. Green flashes are almost regularly seen by airline pilots particularly when they fly westwards as the sunset gets slowed down gradually.

Skygazers eagerly wait to witness these green flashes as there it is said that if someone has once seen a green flash, he or she will never again go wrong in matters of the heart.

When will it come again? I, for sure don’t want to miss it this time. ;)

Watch: Do You Know About Softbois? They Are Even More Dangerous Than Fuccbois! Are You Aware?