Home Politics Is The US President Responsible For Putting The World Order In A... 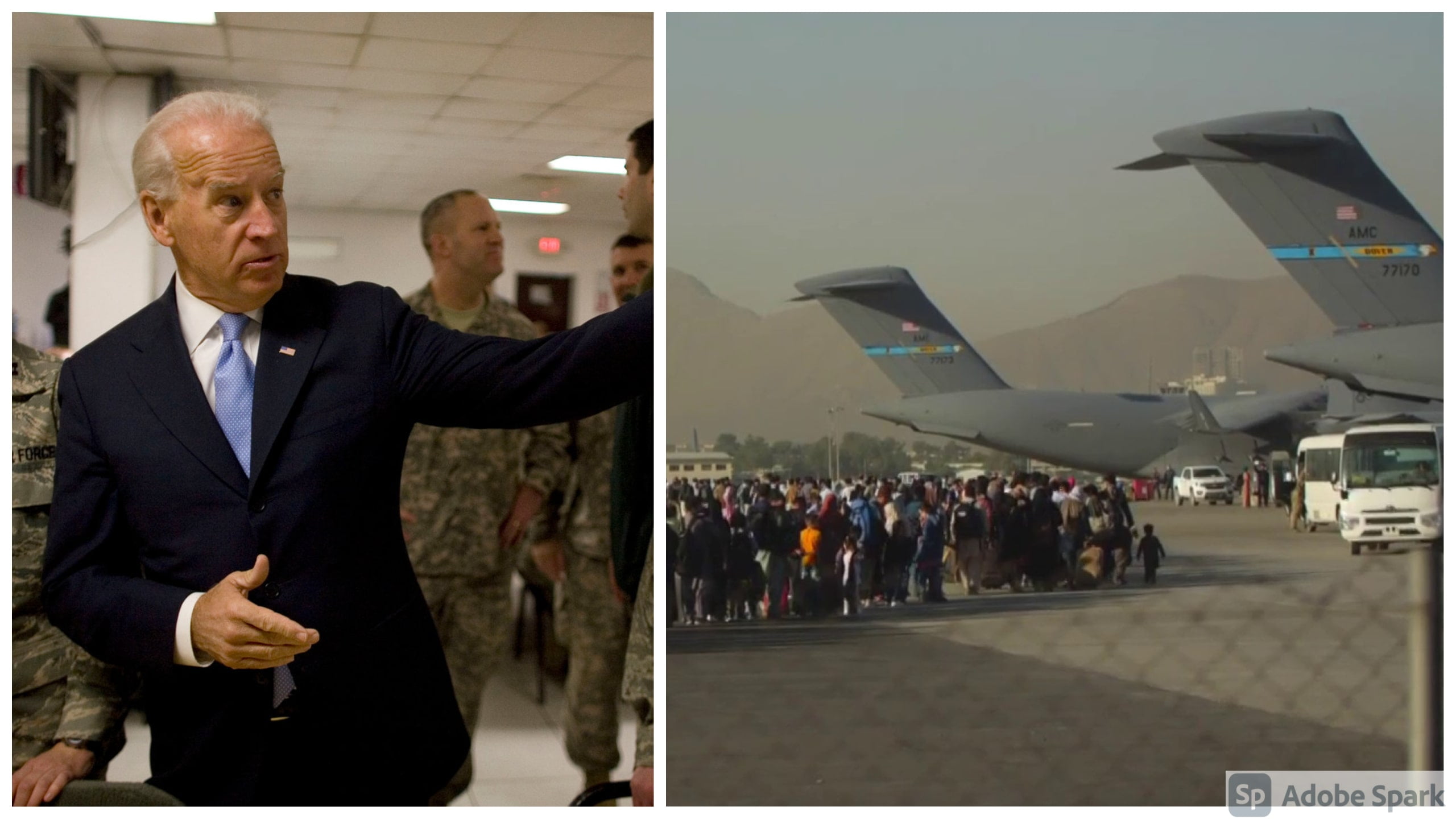 The tension surrounding the Afghan people and their strife for survival have gained a frantic point owing to the Taliban insurgence. Atrocities have become commonplace and in more instances than not, are being poised as the new normal.

The purported normalization of these human rights violations has been brought about with the consolidation of these as law of the land under the Sharia doctrine. Most of the blame for the recent developments lies not upon the Afghan administration, but the American President, Joe Biden.

The world since the hearkening of the straws of globalization has risen and plummeted at the beck and call of the United States of America.

Especially since the initiation of the United Nations, the American government has established itself as the be-all and end-all of global politics. The fact that the imbibed self-importance of the United States has carried over to our present day and age, is concerning and the mishandling of this authority shall not be forgiven.

Historical Retrospective Of America’s Handling Of The Afghan Crisis

It is fair to state that the United States of America and its necessary administration does not oblige itself to handle any and all forms of insurgencies happening the world over.

No matter the gravity of a particular situation, Joe Biden has gone on record to state that his government is not concerned with the safekeeping of the Afghan people, or any other foreign State for that matter. However, the question that arrives right at this very juncture of the dilemma is how righteous is America’s campaign against terror?

The many Presidents of the country’s regime had stood steadfast in their self-proclaimed Crusade against terror and religious fundamentalism. Much like the USA’s War on Drugs, their War Against Terror existed only to make the world understand their statement of power in an international polity.

To put matters into perspective, it is fairly literal to state that the War Against Terror was ‘self-proclaimed’ owing solely to the fact that the seeds were initially planted by them. The Taliban, specifically, exists because of the United States of America’s incessant need to destabilize the Soviet Union back in the 1980s. 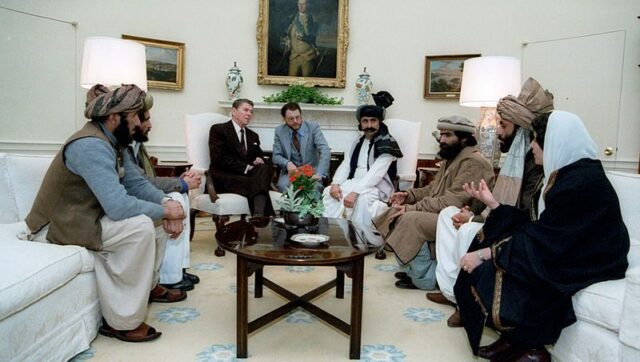 The Mujahideen formulated by the American government were touted as revolutionaries and freedom fighters who were fighting a righteous war of self determination.

Unfortunately, much like Frankenstein’s monster, they had disproportionately reached the zenith of their power, beyond the control of the American administration itself.

Also Read: How Khaled Hosseini’s Books Make Most Sense Right Now While The Taliban Return To Power In Afghanistan

Hence, to force the question as to how much of the onus falls upon the President to provide the Afghan government with their opportunity to self determination is redundant, to say the least.

As the Soviet Union faltered in its Afghan front, the rebel forces of the Mujahid, which later went on to form numerous splinter groups, had already gained ground.

Biden’s government and the preceding governments had effectively besmirched and exploited Afghanistan’s resources to the nth degree. From raw materials to its acres of opium farms, the American government had made well upon receiving its apparent share of goodwill.

To make good upon its promise to make way for the Afghan government’s fight for self determination and a return to its democratic ideals, it had set about providing them with protection, monetary benefits and America’s know-how concerning the democratic machinery.

To state that the American government should have had their forces deployed forever in Afghanistan should be deemed as a fool’s dream and rightfully so. No administration would want billions upon billions of dollars being drowned in a foreign country when the world is plummeting faster into an economic stalemate.

However, what should be stated is the American government’s nonchalance concerning the entire situation of the Taliban only waiting for that single moment of weakness when the ball was to drop. 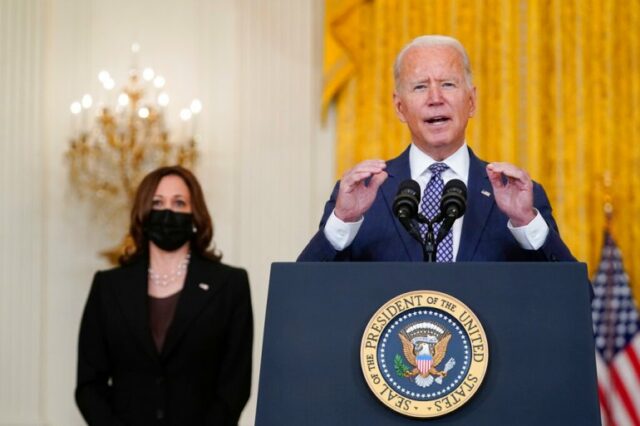 “I think that history is going to record this was the logical, rational and right decision to make.”

Biden’s belief in his decision to pull American troops away from ground zero was one that was forced by the pandemic and by his immediate circumstances. However, these circumstances can never be absolute reasons for a particular government’s inability to miscalculate the number of days the Taliban can commit themselves on the offensive.

Much farther still, the said scenarios cannot be miscalculated at the expense of the Afghan civilians who have now been reduced to mere alphanumerics on a United Nations refugee list. 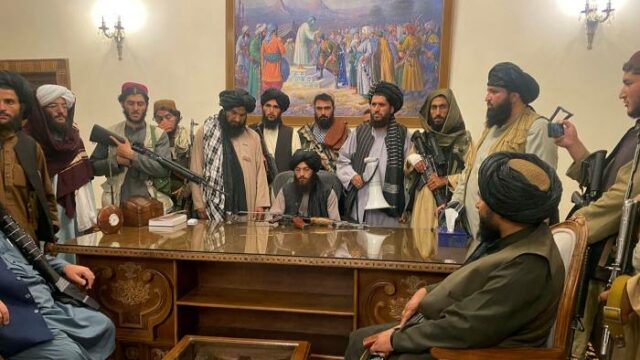 This article does not place the blame on Biden, nor do I wish to blame his handling of the situation, however, what must be noted is the American government’s severe perspective of privilege.

What they failed to understand is that their neo-colonial prospects cannot be a one way street and their relationship of profit would have to end someday. Unfortunately, the Afghan people expected to reap a few benefits from their relationship with Biden and the Americans but it was never meant to be.

It can be fairly well explained in a few words through an excerpt from former US envoy, Nikki Haley’s views concerning the recent developments;

“They have abandoned our Afghan allies who kept people like my husband safe while they were overseas deploying. So, no, there was no negotiating. This was a complete and total surrender and an embarrassing failure.”