When you think feminism, middle-Eastern countries probably won’t be at anywhere in that list.

Saudi Arabia being one of them, is not known for being the most progressive place for women at least, seeing the strict Sharia law it abides by.

For a long time now, women have lived a very closed off and in many cases oppressed lifestyle that is dependent on permissions from male guardians/family members and almost no agency of their own.

However, it seems that the current de facto leader, Crown Prince Mohammed bin Salman is intent on changing the way things are run in the country with women being the first to be affected.

In 2017, the decades long ban on women driving in the country was lifted, and now with this one that allows women over the age of 21 to apply for a passport authorisation, even without any permission from male guardians, it seems the country is changing for women rapidly.

But is it really?

The History Of Women’s Rights

Women’s rights in Saudi Arabia have not always been the greatest though small changes are slowly being brought about.

There was a time when women were not allowed to vote in elections or sit for any political office, however, this was lifted in 2011 when the then King Abdullah permitted women to vote during the local elections of 2015 and even had women officials be appointed in the Consultative Assembly.

The guardianship laws and the fact that most of the power is in the male hands is a cause of much concern and stress to the women there.

Even till date, women cannot marry or live out of their house on their own, needing permission from male relatives/guardian.

If they are detained in prison, they once again need their male family member’s permission to be let out.

As if that was not enough, mothers have almost no rights on their own children, since neither can they pass citizenship rights to them nor can they give permission to them to marry.

In all these places, explicit permission from only males is allowed and accepted in the country. 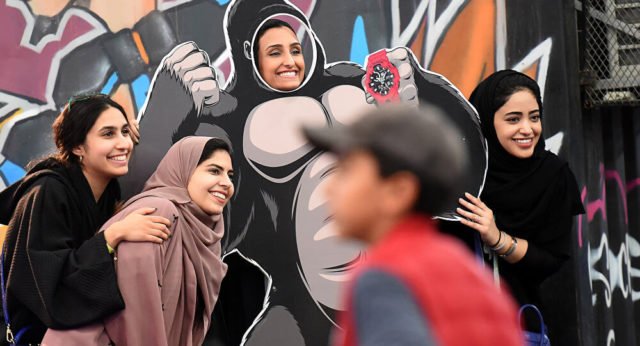 The New Reforms In Saudi Arabia

Perhaps the first reform that shook the world and the country was when the decades old ban on women driving was lifted in 2017.

Until that point of time, only men were allowed driving licenses and if women were caught driving in public they could risk being arrested or fined.

As per reports, the royal order was said to be implemented by 24th June 2018 and soon after even car brands started to market this new reform.

Not just that, but the Saudi government also allowed women to participate in the National Day celebrations for the first time ever in September 2017. 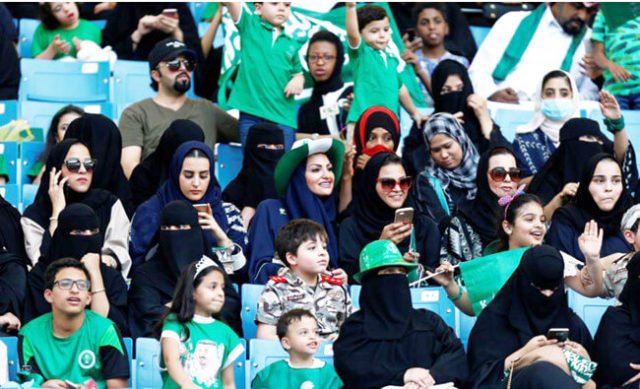 Reports talked of how women were allowed inside a certain section of the stadium meant for families.

The decrees that were published in Friday’s Um al-Qura gazette, put out officially by the kingdom and approved by the Saudi Cabinet, also give women the right to register for a divorce, child’s birth, marriage and to be issued official family documents.

It was also stated that now both a mother or father can become legal guardian of children.

However, it is not yet known whether these new reforms will be implemented immediately or after some time.

It should be taken note of that the decree didn’t out right say women don’t need male permission, instead its language was more gender neutral and did not single out women like it would otherwise.

Both these reforms are seen being in line with the Saudi Crown Prince’s Vision 2030 where he has created amendments to laws in the country to modernise Saudi society, bring more jobs along with increasing tourism and decreasing dependency on oil.

One must give credit to the many women that are fighting for equal rights both from outside and within the country.

The latter being more vulnerable to being imprisoned or tortured considering the still strict laws in place on women and their freedom of expression.

Recently, quite a lot of news came out of women activists being detained on flimsy grounds who now await trail.

One of them being campaigner Loujain al-Hathloul who was detained last May in Saudi for pushing for women’s right to drive in the country.

Hathloul was previously also detained in Saudi in 2014 for 73 days when she broke the law and drove a car from the United Arab Emirates (UAE) back to her home country.

These women were all charged with the country’s cyber-crimes law and reportedly the women were not given any lawyers to represent them.

Before the ban on women driving was lifted, many women activists were arrested or detained. This included Manal al-Sharif who was one of the organisers for the Women2Drive campaign.

One report by BBC also said that the charges were based on “a string of alleged confessions that the women had been in contact with human rights organisations”.

Out of the 10, 4 women have allegedly stated that they were tortured during their detainment, including acts like assault, whipping, electric shocks, and being sexually harassed.

The Saudi authorities on their part have claimed all these allegations as false.

All this has not really held back women activists from calling out the wrongdoings in Saudi Arabia. They have fearlessly flouted rules and bans just to get equal rights.