“I believe in everything until it’s disproved. So I believe in fairies, the myths, dragons. It all exists, even if it’s in your mind. Who’s to say that dreams and nightmares aren’t as real as the here and now?”
― John Lennon

Remember the old days, when you used to sit in your grandmother’s lap and listen to her telling you stories of fairies, demons, gods and goddesses? Or the time when you curled up in bed with your copy of ‘The Palace of Illusions’, ‘The Illiad’ (even if it was the abridged one) or ‘Asura’? And weren’t you just simply fascinated by all those knights in shining armours, and THAT one drop-dead gorgeous female protagonist who had ‘the face that launched a thousand ships’!

Myths and legends have always continued to grasp our attention, irrespective of whatever age group we belong to, or whatever purpose we love them for (escapist attitude, adrenalin rush, or the most basic, we’re simply GOD FEARING PEOPLE who feel that it is compulsory to know the Ramayana). But, you must have noticed, and I know you must have, even if it’s unconsciously, that there has been this huge rise in the number of novels based on Indian mythology…

So here’s mentioning a couple of books based on mythology that have taken the Indian literary world by storm:

The Palace Of Illusions, by Chitra Banerjee Divakaruni: The first word that comes to my mind when I think of this book is ‘Woman power’! Who ever thought that Draupadi really had a mind of her own-That she wasn’t just some poor woman, who was the pawn of destiny, but a deeply complex character who tried to hold her own in a man’s world. The book, which by now is obvious, is the Mahabharata from Draupadi’s point of view. It displays the different facets of a princess, who went on to become the greatest queens in India, and also the one to cause the greatest war. Vengeful, proud, loving, passionate, pragmatic, and a bit irresponsible (if I may say so), are just a few words to describe this woman. What I loved especially about this book was the fact, that it didn’t portray any character as the epitome of goodness. Rather, each character, including that of Lord Krishna seemed to have grey shades to him/her. The Krishna Key, by Ashwin Sanghi: The Dan Brown of India, proved that only western myths don’t get converted into high paced thrillers. The mélange of history, along with the breath-taking action is simply amazing. My favourite aspect of the book, was the ‘Dan Brown’-esque style of writing, complete with mind boggling mythical facts about Lord Krishna and the Mahabharata, the professor who could’ve found an alternate career in modeling, had he not had jaw-dropping academic qualifications (no, I’m not saying models can’t be well educated :P), a fanatic killer on the lose, the sinister wolf in the sheep’s garb (the traitor Priya/Mataji), and the scenic, historically rich locales that the protagonist professor and his female counterpart (there’s always one, no matter what ☺) travel urgently to, throughout the book, to uncover the mystery. 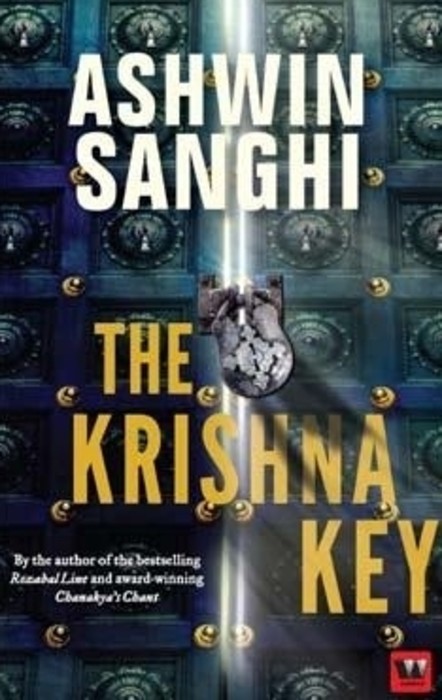 The Shiva Trilogy, by Amish Tripathi: The Shiva Trilogy, deals wonderfully with a question, that has been quite frequently thought about, ie. Can somebody attain such heights of righteousness that he can be perceived as God? The book traces Shiva’s journey from a warrior in Tibet, to a God in India. A God, who isn’t the all knowing, all seeing, all hearing, almighty, but is a person who possesses innate goodness, that attracts you to him/her, and makes you believe in him/her to such an extent, that you’d do anything for him/her. It shows us that we all have that ability in us, to rise above what we think we’re destined for, that we’re all special. All we need to do is realize it. Apart from all the philosophical stuff mentioned up there, what makes the book click is the very characters. We’ve all heard of them from our grandmother’s tales, and it’s quite enjoyable to see them all come together in a human-like manner, solve their problems, conquer their inner demons and emerge victorious.

Jaya, by Dr. Devdutt Pattnaik: What makes Jaya different from the books mentioned above, in the most basic sense, is that it is an illustrated retelling of the Mahabharata, unlike the others. But what makes it special, is the fact that it covers each character in a unique way, because it draws from regional sources as well as Sanskrit sources, and brings about lesser- known facts about them. Moreover it has also provided interpretations of each part, which gives you a better understanding of the Mahabharata. The book conveys the thought that victory over others can get you into a good place, but victory over yourself, is a much better prospect, which, I guess, is the cherry on the icing. 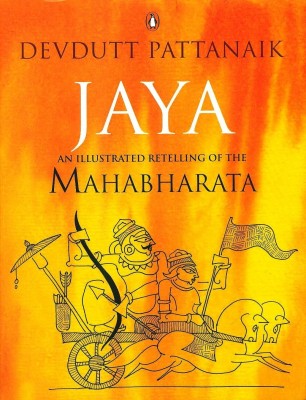 Asura: The Tale of the Vanquished, by Anand Neelakantan: The Ramayana, which could be called the ideal book, because of all its ideal characters- the ideal husband, the ideal wife, the ideal brother, the ideal devotee… so here’s looking into what the ideal villain has to say. Written from the point of view of Bhadra, an asura, the book chronicles the rise and fall of Ravana, the 10 headed asura, whose each head represents an emotion. How he rose from a commoner to a king, abandoned his daughter, Sita(as speculated in the book), and how he finally met his end at the hands of Ram.

The above is just a small portion of all the amazing books that are being churned out at the speed of light. Maybe through the circle of life, when we reach a stage where we tell these mythic stories to our grand-children, we can offer them a more nuanced version of what we’ve heard. So let’s keep believing in those fairies, those demons, gods and goddesses and the innate power of goodness, that they all try to tell us about .