Culturally, music has always been a part of India’s rich heritage. The country’s music industry varies from classical and Western genres, from Bollywood to Hindustani folk. Indians just cannot imagine their lives without music!

The Udukkai is a membranophone instrument from Tamil Nadu and accompanies the folk music of the state. The instrument is also widely appreciated in the Hindu religion as the instrument of Shiva (known as the damru) and is used in religious and cultural festivals. 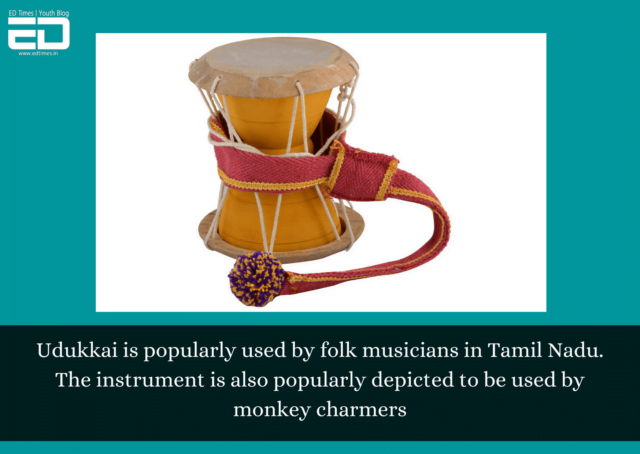 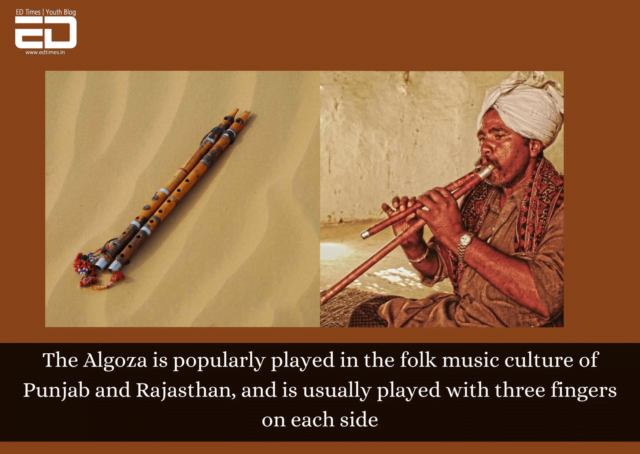 This instrument has it all – strings, a mechanical amplifier and a sound box modelled after the gramophone! Famous Indian artists like Kirpal Singh Panesar and Bismillah Khan have been introducing the world to this wonderful string instrument. 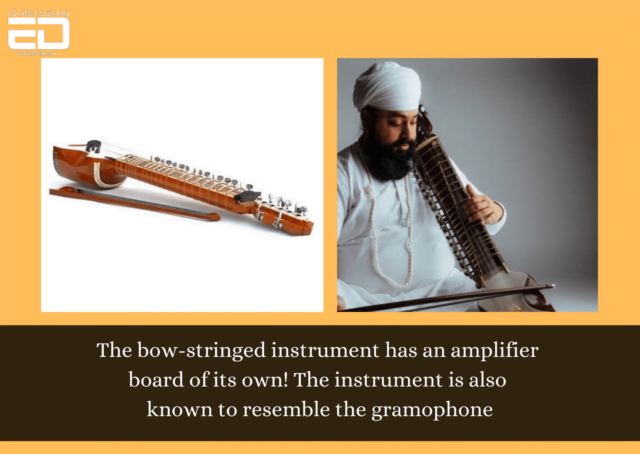 Also known as the Mridangam, the Pakhawaj (or the ‘two-headed drum’) can be seen widely in dance and music recitals. The percussion instrument is tuned the same way as a tabla and is made from buffalo and cow-hide. 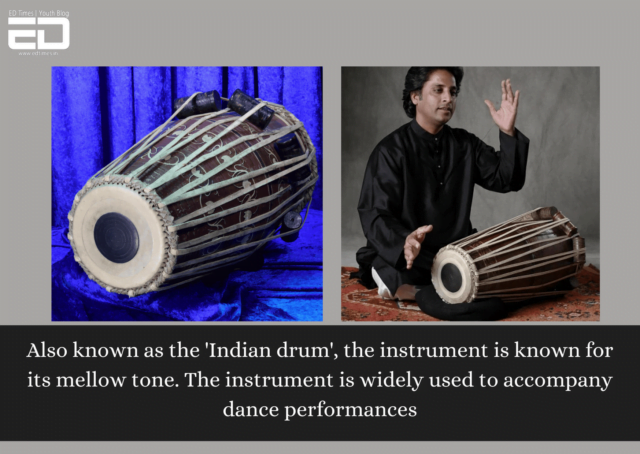 The Pepa is one of the most important instruments of Assam and is especially used during Bihu festivities. The instrument is curated from buffalo horns and is often played by young Bihuas, or male Bihu artists. 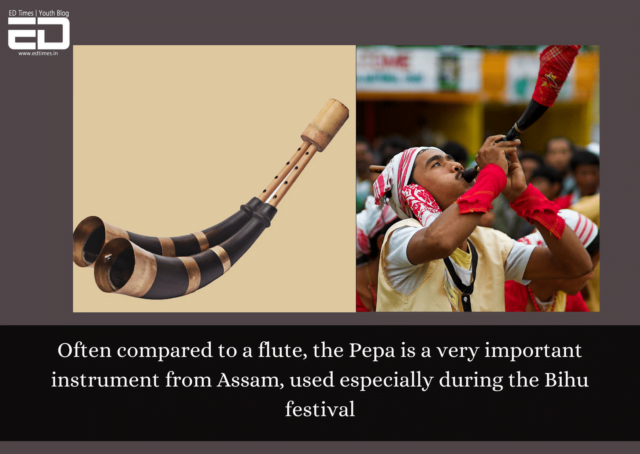 After Sitar, the Sarod is the most widely used string-instrument in Indian classical music genres. The instrument is said to be a combination of the chitravina, the medieval Indian rabab, and the Sursingar. The strings are usually made of silk. 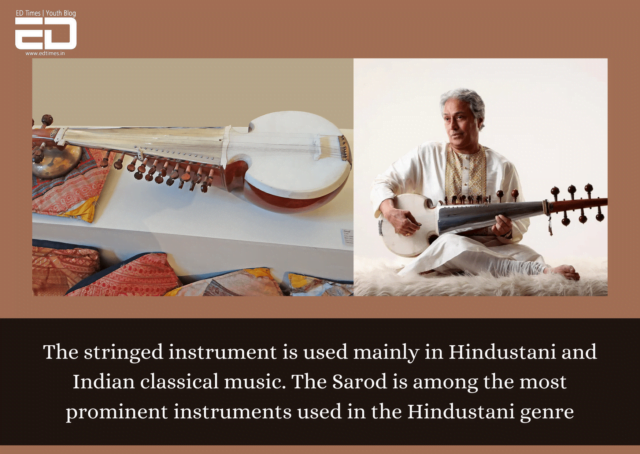 Famous musician Ustad Amjad Ali Khan has devoted his life to this instrument and has also been performing in concerts across the world!

Also Read: Here Are Some Global Musicians Who Have Been Influenced By Indian Music And Culture

The Chenda is THE instrument of Kerala. The chenda melam, a group performance recital by young boys, is extremely popular across the country. The sound of the Chenda defines the music of Kerala and is an extremely important icon of South Indian culture. 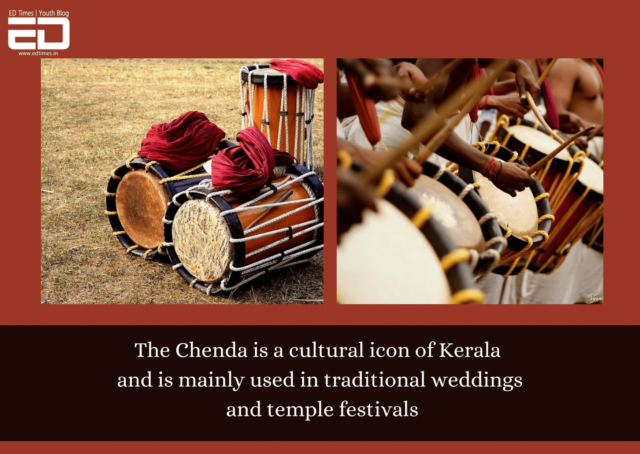 The Kuzhal accompanies the Chenda in Keralian festivities. Widely used in the South Indian temple culture, this instrument is very much similar to the shehnai, used in the northern part of the country. It is well known for its distinct tune. 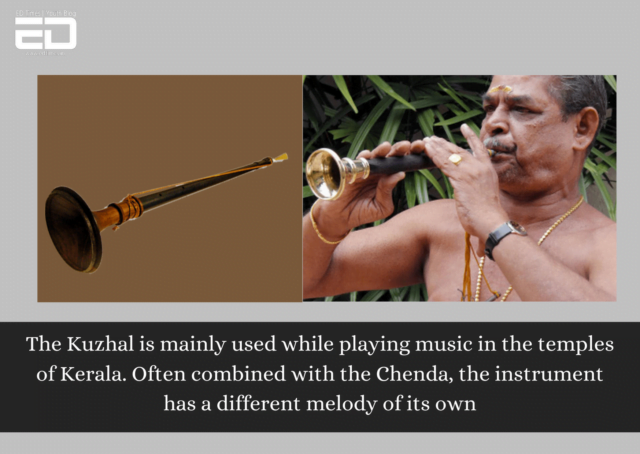 The instrument is probably one of the oldest instruments of the country.

As the name suggests, the instrument was found in Sri Lanka (Ravana’s abode) back when the country was still referred to as Ceylon (or much earlier during the reign of Ravana)! Today it is widely used in the northern parts of India by folk musicians. 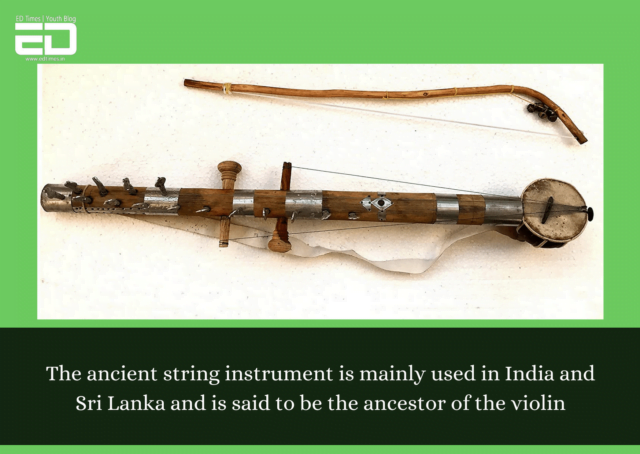 The Tanpura has defined Indian classical music to a large extent. Comparatively well known even outside the country, the Tanpura is considered to be among the prime string instruments. The instrument is mainly used to support song melodies. 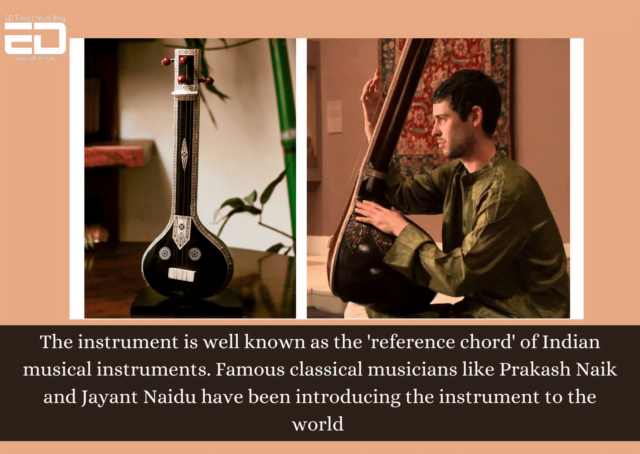 Music has definitely defined the culture of India, and Indians are extremely passionate about their music and their instruments. Indian classical music has definitely made a place for itself in the country and musicians are greatly admired by society.

The classical music culture is also said to be the backbone of several modern music industries today and these instruments, although not widely played, have an important role to fulfill in the music industry.

If you know about any other instruments that deserve to be included in the list, let us know by commenting below!