Many have been killed for them, many have been offended by them, and for many, they have been a source of enjoyment in the sea of depressing and often discouraging pages of news for centuries. Political cartoons were the original, pre-internet memes.

Here are some political cartoons that certainly left their mark on the world.

There has been a persistent myth that Napoleon was a short man, when in fact he was 5 feet 7 inches tall which was above average height at the time. 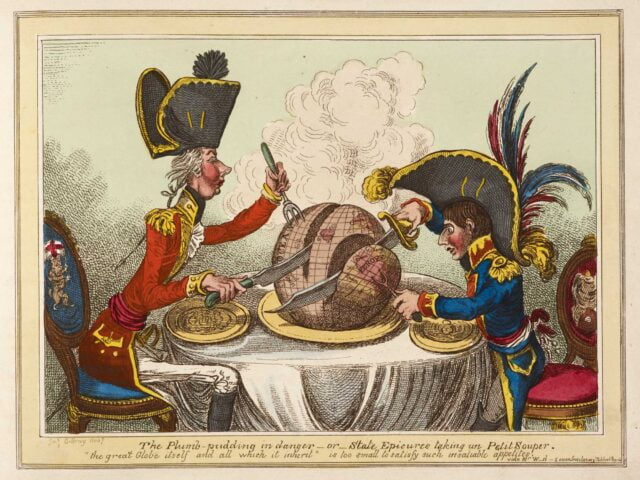 In The Plumb-pudding in danger, made by Gilray in 1818, the British and French are satirized as power-hungry forces. The cartoon features British Prime Minister William Pitt and Napoleon Bonaparte tearing away at a globe in a bid to get the bigger slice, conveying the Britain-France rivalry of the time.

The British Library even called the cartoon as “one of Gillray’s most famous satires dealing with the Napoleonic wars.“

The cartoons, featuring the distinctive common man, with Gandhi-glasses on his nose, checked coat and dhoti, were known for their excellent satirization of the daily spectacles going on in the country at any given moment. 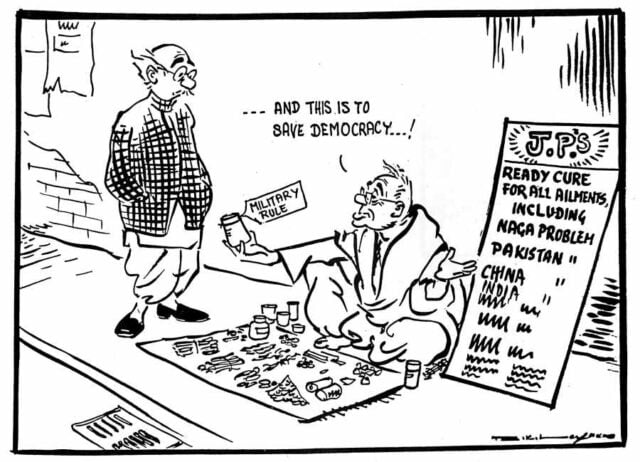 It is interesting to note that in all the cartoons, the character of Common Man never actually spoke a word, he was a mere witness. 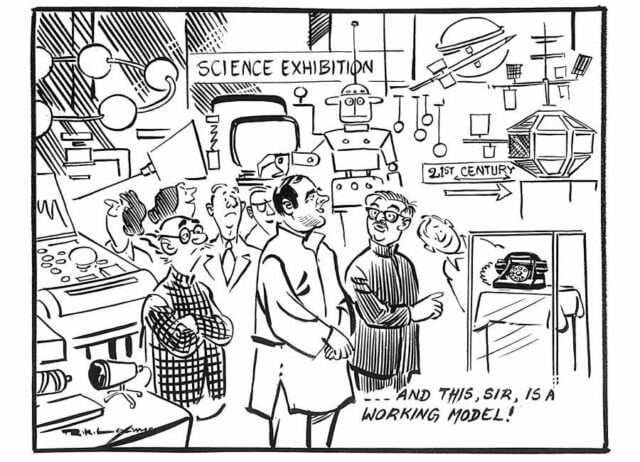 Making an appearance in the cartoon became a sort of badge of honour for politicians, with some even displaying the cartoons proudly in their offices.

Martin Luther, the man who forever changed Christianity in the 16th century by setting off the Protestant Reformation, used a cartoon in his controversial work, Passional Christi und Antichristi, an anti-Catholic pamphlet that made fun of practices of the Catholic clergy.

Illustrated by the printmaker Lucas Cranach, the pamphlet featured satire including the illustrations of Christ driving moneylenders out while the Pope sold indulgences on the other side. 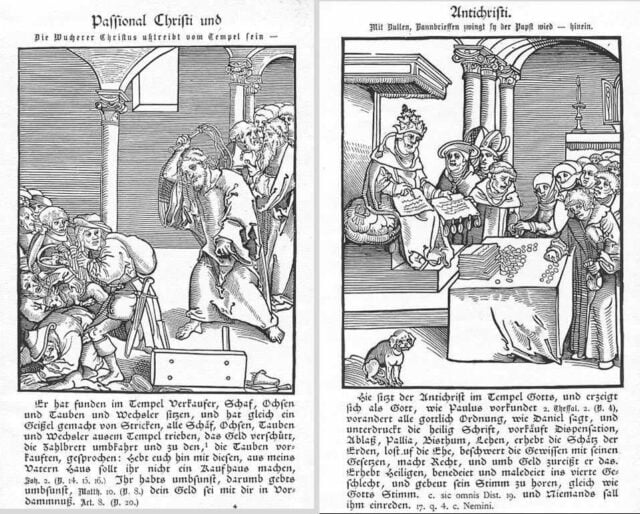 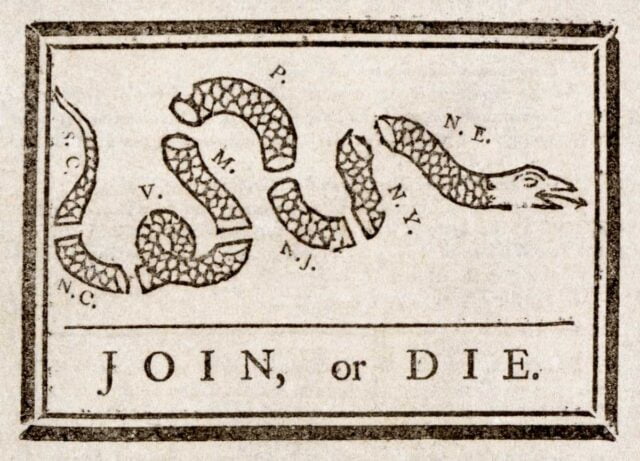 Published in 1754, Join, or Die is often called one of the most famous cartoons in history. Franklin hoped to use the illustration to persuade Americans to band together to form a unified government to prevent a takeover by the French and Native Americans.

The Politics of Fear

The backlash was instantaneous after the publishing of the 2008 caricature of Barack and Michele Obama in the New Yorker. 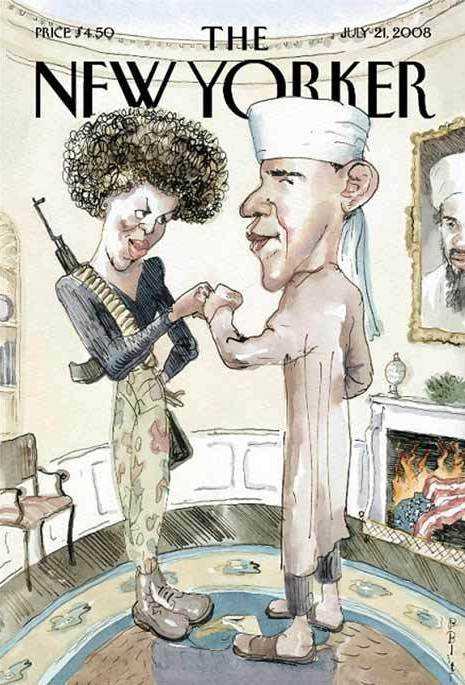 The cartoon featured Michele Obama wearing camouflage with a rifle strapped to her, fist-bumping President Barack Obama who was clad in a turban and white robes, similar to ones worn by a picture of Osama Bin Laden whose picture hung in the background in the satire.

The cartoon was meant to satirize the ludicrous rumours surrounding Obama’s campaign for the presidency in 2008.

A couple of weeks after the Second World War began, cartoonist David Low published his famous Rendezvous cartoon in 1939 which featured Hitler and Stalin greeting each other.

When the satire was published, the historically opposed Hitler and Stalin had joined together to invade Poland. 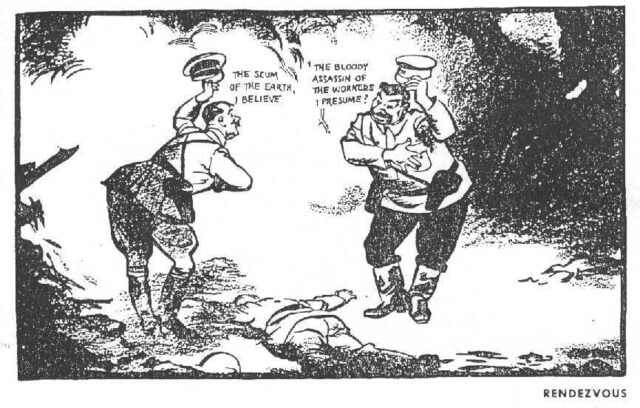 Hitler obviously did not take too well to David Low’s musings, eventually including him on a list for immediate execution if Britain were to fall. Low, for his part, maintained that it was his greatest honour to be included in that list.

Declining job opportunities for cartoonists have put a strain on the long tradition of political cartoons not just in India but all around the world.

However, it is a testament to the medium of satire that despite the prevalence of the internet, cartoons continue to bring about awareness, controversy and occasional chuckles.