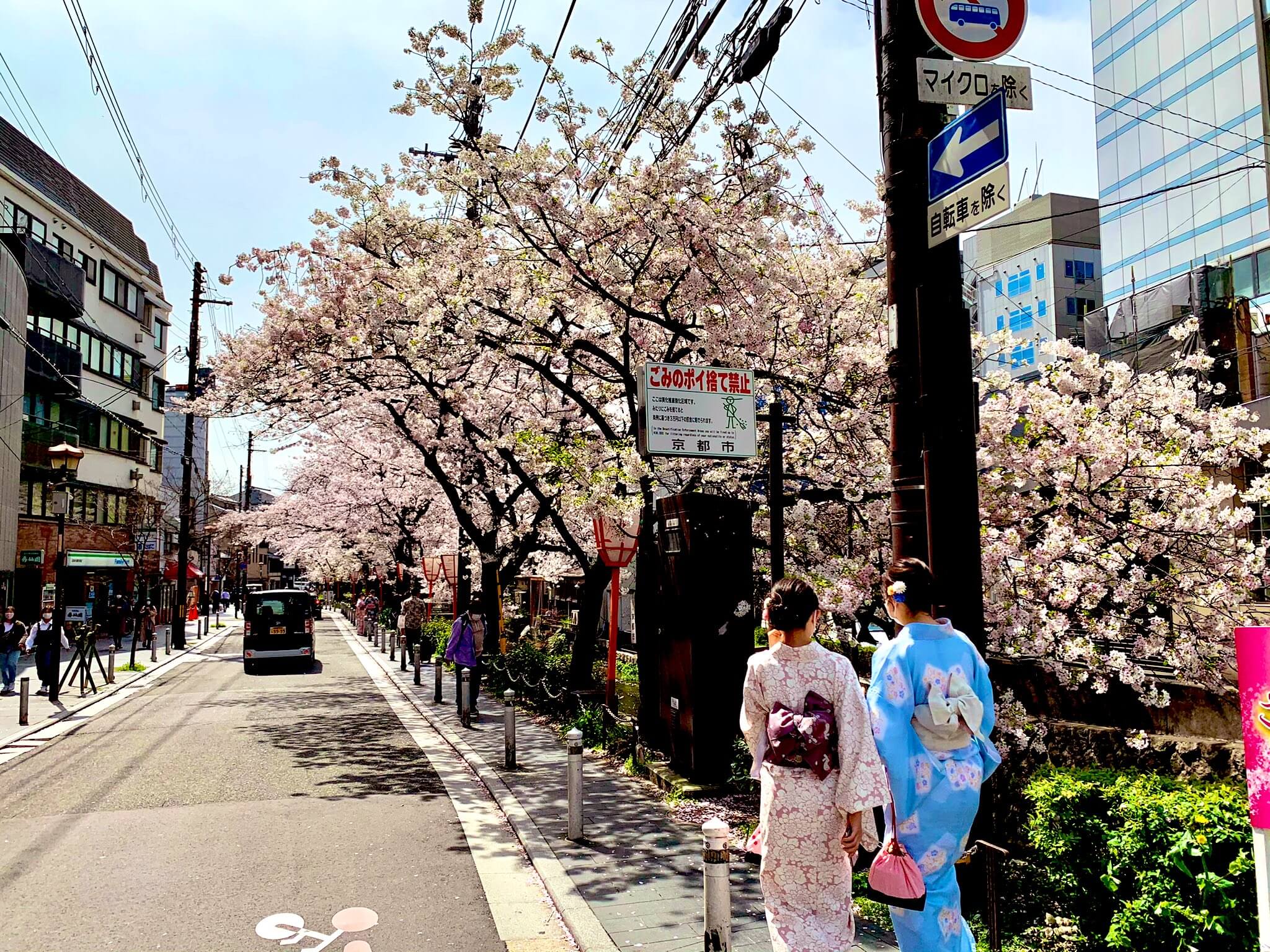 Sakura season usually begins in April, but this year it came more than two weeks early. The blooming season was declared when officials noted five flowers on the shrine’s Yoshino cherry trees.

The opening of the first buds at Yasukuni Shrine took place on March 14th.

Experts have suggested that climate change is the underlying cause of this early-flowering.

Festivities To Be Limited 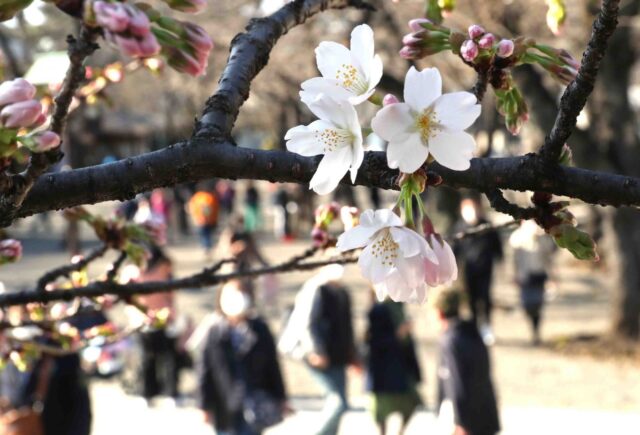 Sakura are a symbol of spring in Japan and when they bloom, the entire country rejoices.

Traditionally people like to celebrate the flowering of cherry blossoms by getting together with their friends and family, going out for a picnic or a stroll in a park, and partying under the sakura trees and fairy lights with beer, sake, and delicious food at night.

Sadly, this year due to COVID-19 the festivities have been limited and the government has urged people to take precautions in order to avoid the resurging of the virus.

To top that, the early blooming of these flowers is a reminder that the planet is constantly getting warm and the climate is, in fact, changing for the worst every day.

This year, the spring season in Kyoto was warmer than before that led to cherry blossoms in the city blooming at the earliest in 1,200 years!

And not just Kyoto, but in Tokyo as well, the flowers bloomed 12 days earlier than ever, as noted in historical records.

Blooming of these flowers is taken very seriously, there are even imperial court documents and ancient documents, going back to 812 CE that have entries about cherry blossom festivals.

From all of these documents, the earliest date of the blooming to be noted was March 27 in 1409. Usually, the flowers are in full bloom between 5th-17th April but this year, they peaked even before April began.

According to climate scientist Michael Mann:

“evidence, like the timing of cherry blossoms, is one of the historical ‘proxy’ measurements that scientists look at to reconstruct past climate,”

in this case, that ‘proxy’ is telling us something that quantitative, rigorous long-term climate reconstructions have already told us – that the human-caused warming of the planet we’re witnessing today is unprecedented going back millennia.”

The graph shows that the blooming date has been relatively stable for centuries but now it is rapidly declining.

Also Read: Japan’s Tsunami Survivors Call Lost Loved Ones On The ‘Phone Of The Wind’ Craving For A Final Goodbye

Japan has recently emerged out of ten-week-long COVID restrictions, around the same time as the cherry blossoms blooming.

Hanami, the Japanese custom of flower viewing during the blooming season is the most beloved by people.

Last year the festivities were cancelled and this year they are restricted but nevertheless, the country looks beautiful as ever.

There were lesser people on the streets, even fewer in the parks and there won’t be late-night public parties but it is better for the future this way, as the world is just overcoming a virus.

Cherry Blossoms, however, are still the same despite the change in our conditions.

The pink and white flowers covered the sidewalks, rive banks, streets, and the sky. Here are some beautiful pictures from the streets of Japan: 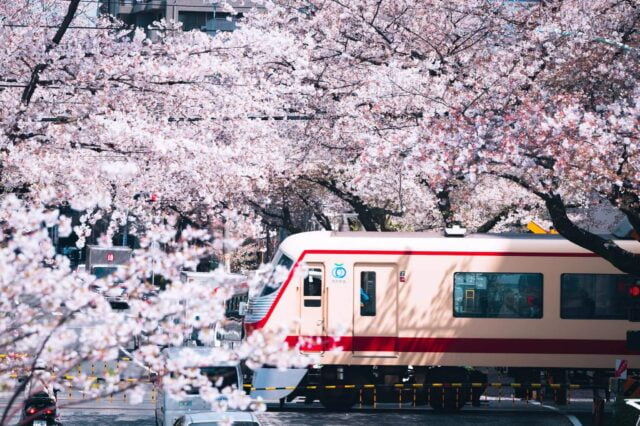 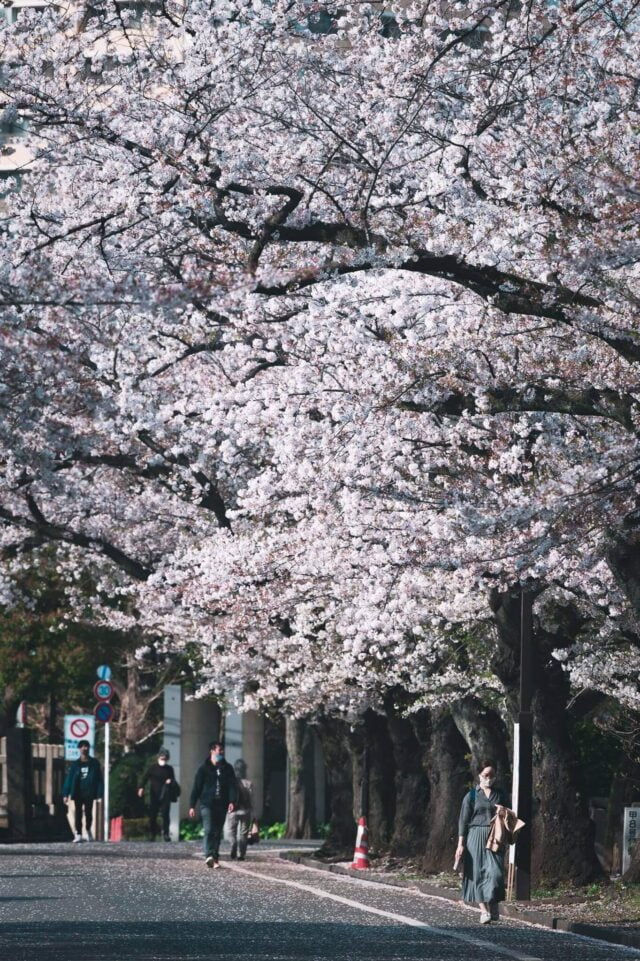 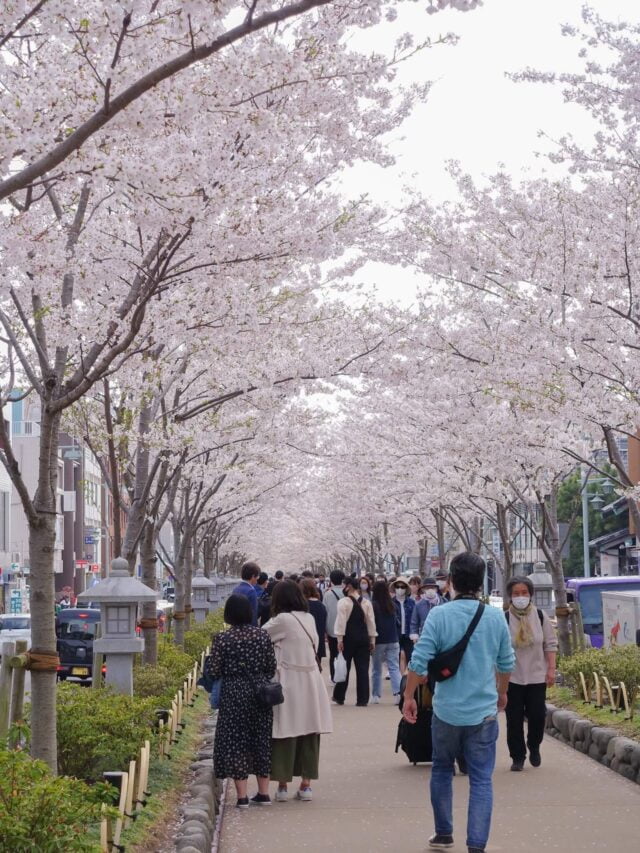 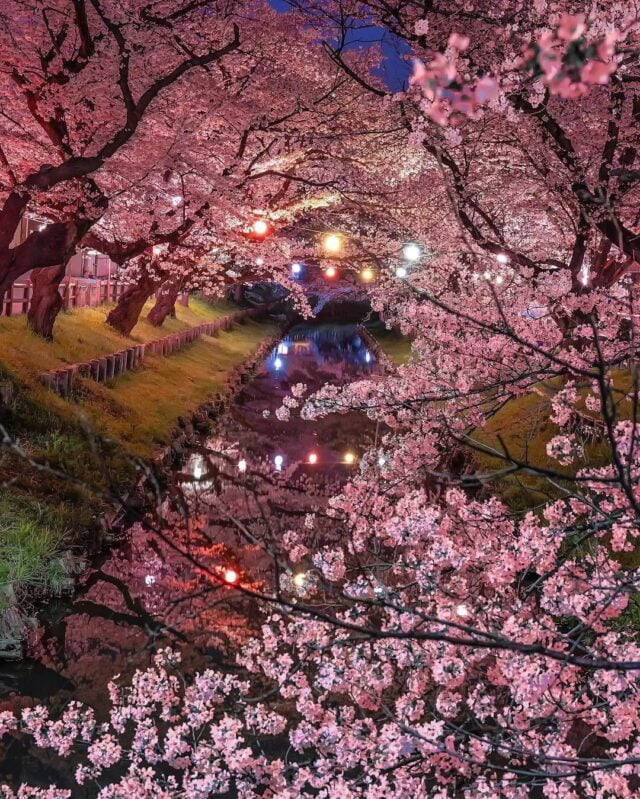 The sheer beauty of Sakura is incomparable.

Spring time in Japan has always attracted many tourists and travellers, it brings prosperity and happiness to the people of Japan. Hoping that next year nobody has to limit the fun during festivities!

In Pics: Exquisite Paintings By Japanese Artist Who Visited India During The 1930s