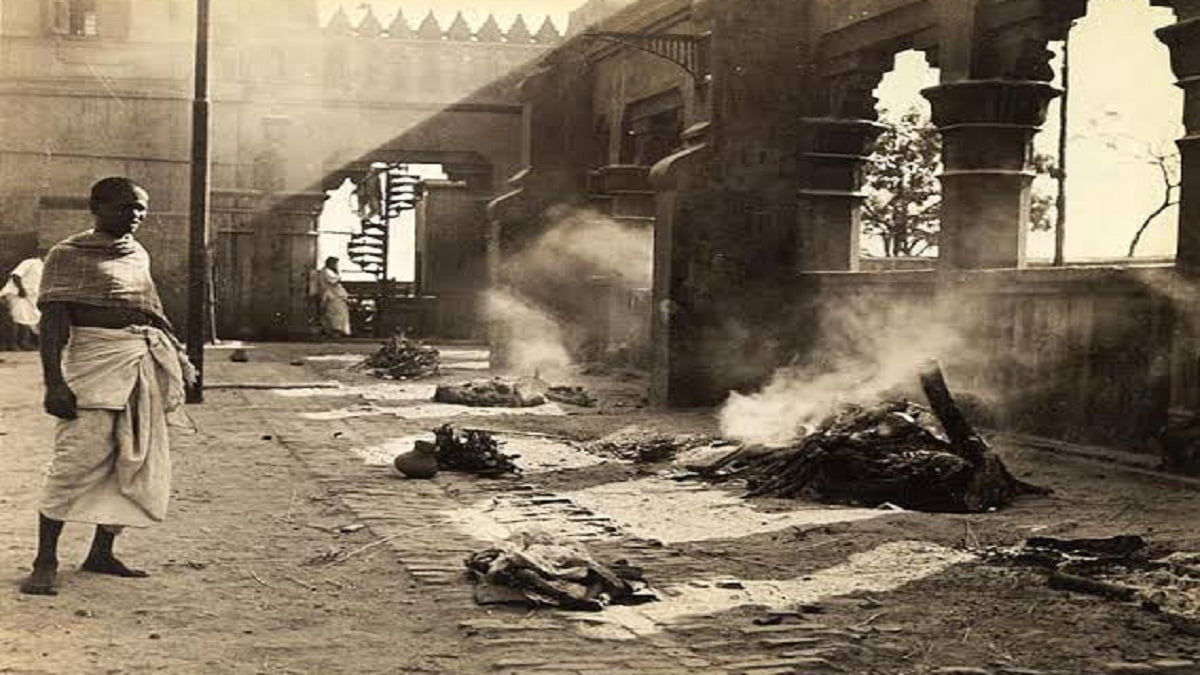 Along with a colourful history, Kolkata has a dark past from the days of Mughals, French, British and Dutch. Being an old city that has stuck to its roots, Kolkata seems to grow around those dark tales.

Even its old buildings and architectural structures thrive on this sense of horror and paranormal activity, drawing every ghost-chasing soul close to its creeping reach as their legends get spread around by the blood-drained individuals after their spooky paranormal experience.

Let’s take a look at those famous sites and architectural structures in the city of Kolkata that are allegedly haunted.

Along with several books on paranormal activities and haunted tales, the National Library of India is considered to be haunted.

Accompanied with an eerie feeling of someone watching you, many people have complained that the largest library of India is haunted as they have often felt someone breathing down their neck, chairs being drawn away and books being dropped if they were not kept in their proper places. 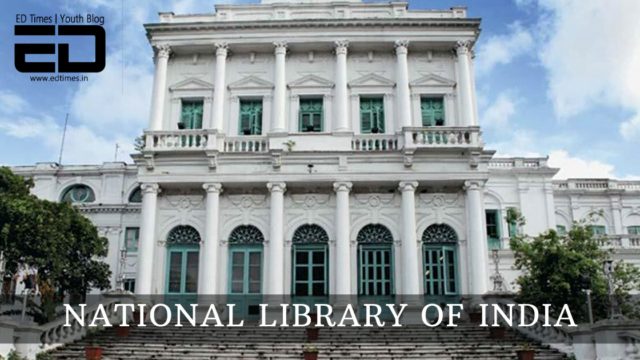 As history suggests, this building was once the residence of Governor-General during the British era. It is said that Lady Metcalfe, the Governor’s wife, who loved books and was a cleanliness freak, still roams around the corridors of the library and watches over the books but gets disturbed when she finds them not being in proper order. 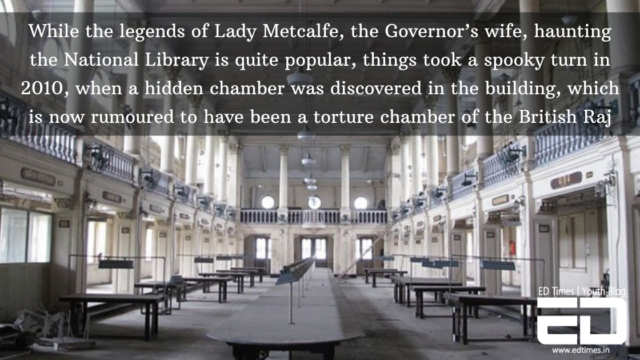 2. Putulbari or the House Of Dolls

While most haunted houses rely on their stories to give an eerie feeling, a look at this house is enough to give you the chills. Situated near the Nimtala Ghat, the haunted crematorium which is said to be visited by the aghoris to feed on the leftover flesh of dead bodies, this house is spooky in every way, be its location, look or legend. 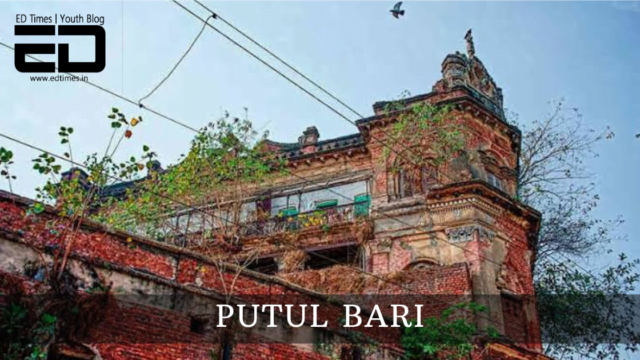 Although residents are living on the lower floors, the upper floors and the terrace are avoided by everyone for its spooky nature even in the daytime.

The upper floors are decorated with beautiful archaic Roman dolls (hence the name) and legends say that this is where courtesans and women were tortured, sexually exploited and killed by wealthy landlords during the British era.

It is said that their souls still haunt the dilapidated building and the dolls add to the eerie feeling of someone watching your every step in the house. 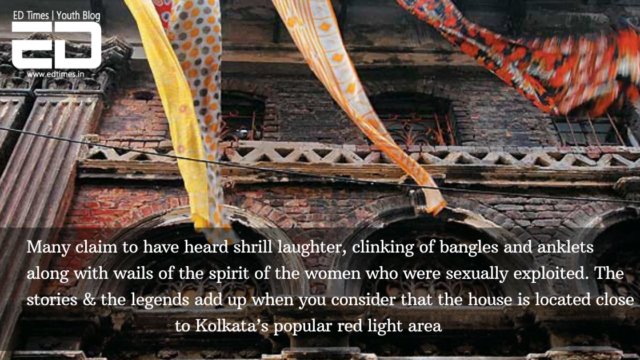 ALSO READ: The Haveli That Featured In Lootera Movie Is Haunted And We LivED It

3. Ganges Ghats and Under the Howrah Bridge

While the morning scene in the ghats of the Ganges is considered peaceful, it is quite spooky as well. The stories that thousands have faced unnatural deaths in this river due to drowning accidents or suicides, along with the ones who had jumped off from the bridge, make this area appear haunted. 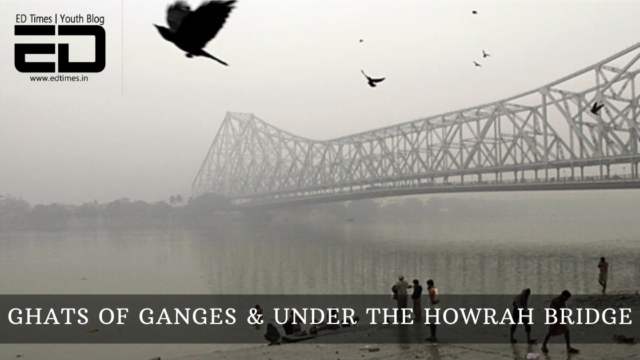 Wrestlers in the Mullick Ghat practising their art in the early hours have often complained about seeing hands rising from the water, asking for help and hearing strange white-saree clad women calling out their name. 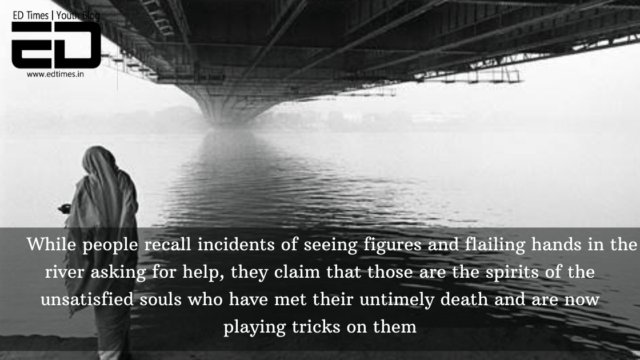 As unusual as it may sound, this 300-year-old building that once served as secretariat building of the state government of West Bengal is one of the haunted buildings of Kolkata, where no clerk dares to stay back after sunset.

Not only is it the most powerful building of Bengal, it also holds historical importance as well, as this is where East India Company’s Captain Simpson was killed by the famous revolutionaries Binay, Badal and Dinesh. 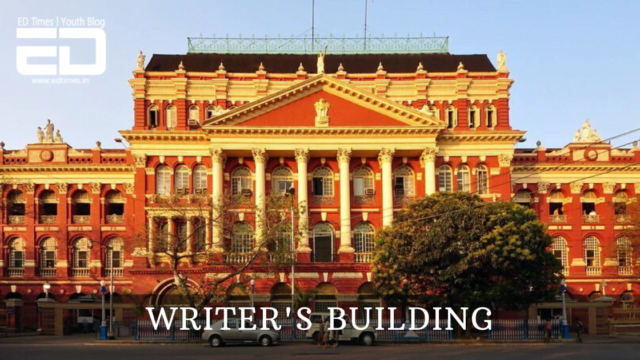 Being an old building with lots of historical secrets and legends to its name, there have been reports of people who heard someone’s shriek dead at night even though the building gets deserted by 7 pm. 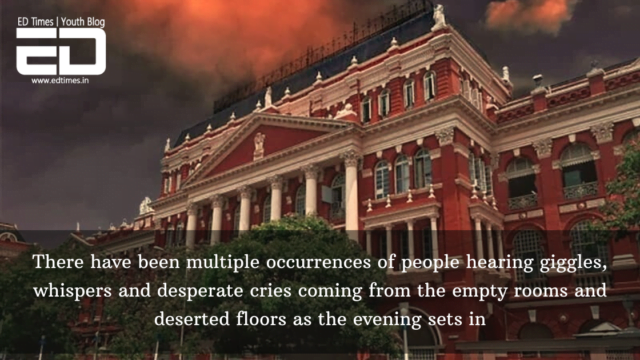 Currently the Women’s College of Calcutta University, the Hasting’s House building was once the residential building of Warren Hastings, India’s Governor-General during the British Raj.

People have often heard heavy footsteps of a man in the empty corridors, while some students claim to have seen a figure riding a horse in the campus grounds, the figure being the ghost of Warren Hastings himself. 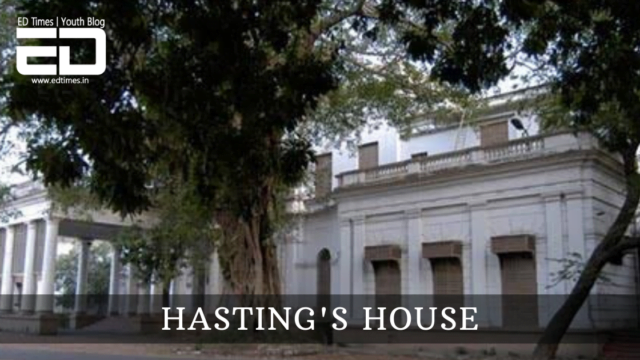 After a boy died in the playground while playing football, many claim that his spirit still haunts the campus ground as players often end up with serious injuries. 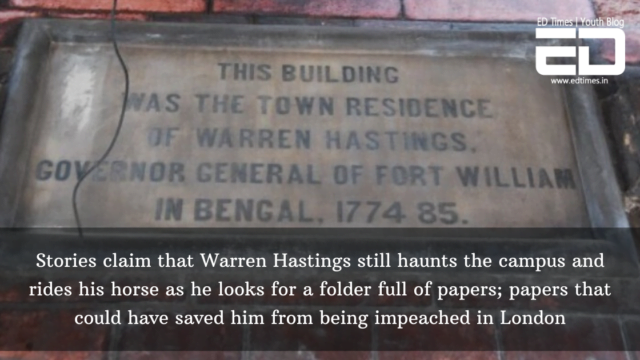 In the end, it doesn’t really matter if the claims of the paranormal activities do end up being true or if they are urban legends made by a bored Bengali clerk, as these places are surely not for the faint of heart.