Home ED Originals In Pics: Dracula Parrot, A Rare Vulture-Parrot Hybrid Is Probably The Most... 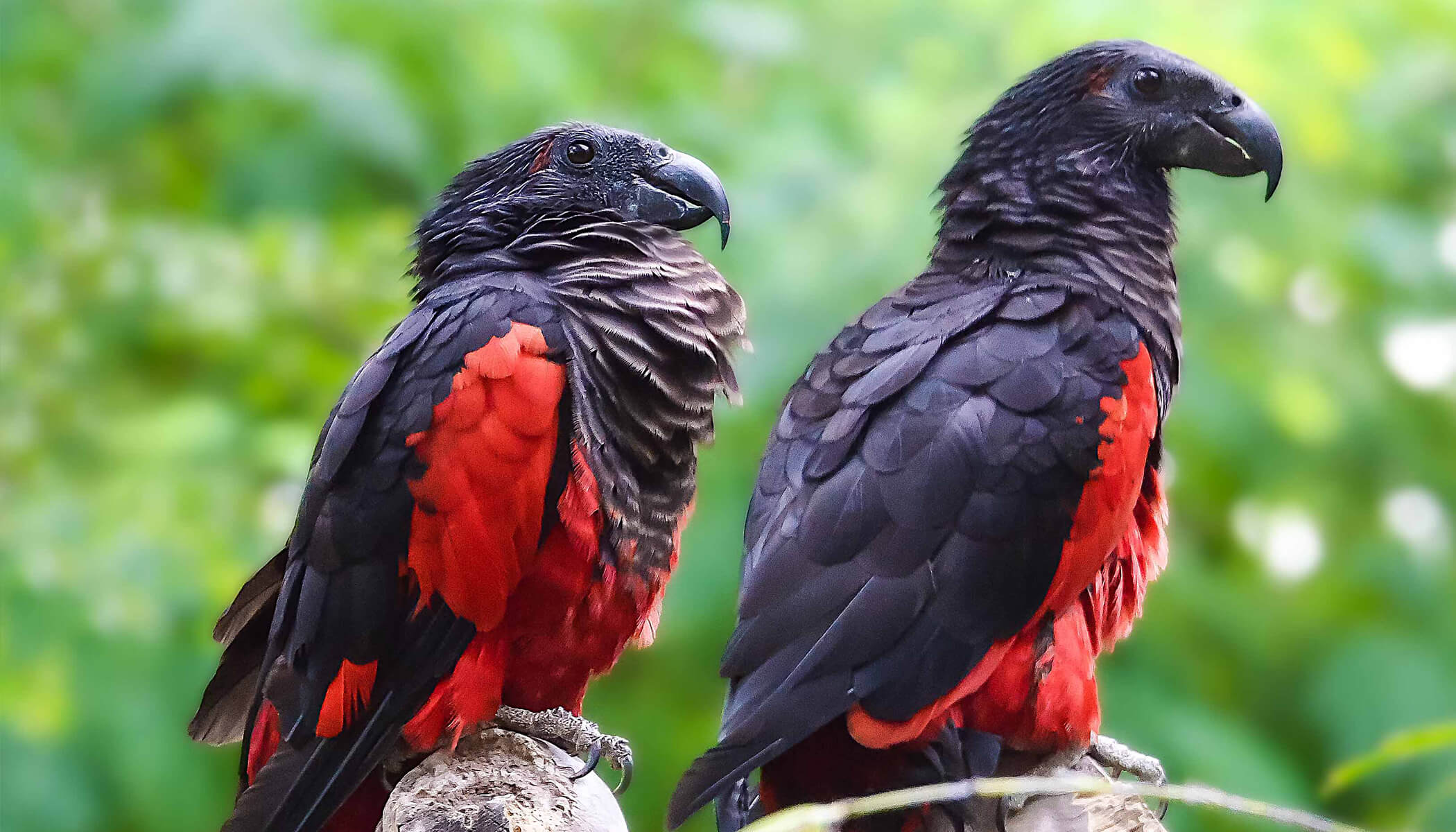 Every day we come across different beauties created by nature. Whether it be an amateur photographer’s eternal love, sunrises and sunsets, or various animals, insects, birds and more, somehow with each creation we are just left spellbound.

The latest example of this would the Dracula parrot that has just recently been finding out about and posting on social media.

The Dracula parrot’s official name is the Pesquet’s parrot (Psittrichas fulgidus) and it is only found in the forests on the foothills and lower mountains of New Guinea, which is the world’s second-largest island located in Melanesia in the southwestern Pacific Ocean.

The name of ‘Dracula Parrot’ has been given to the bird specifically because of its unique and quite intimidating appearance.

Its vulture-like features give it a slightly dangerous look than we are accustomed to seeing on parrots. 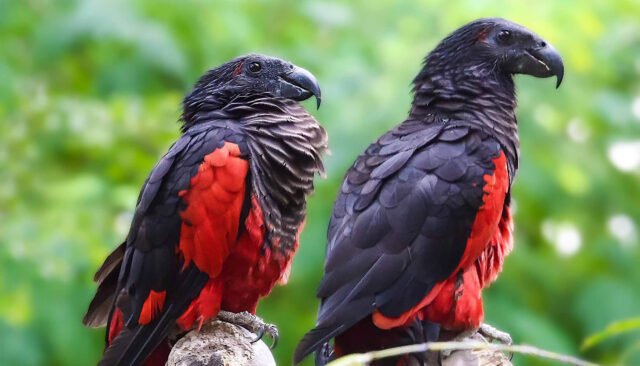 Unlike other parrots, the Dracula Parrot is quite large with its total length being approximately half a meter (50 cm) and weighing almost around 1 kilogram. 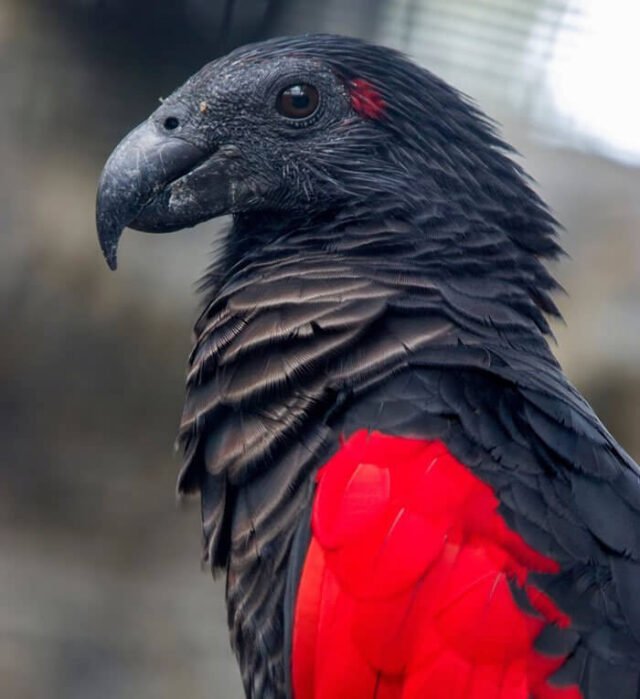 Its main source of food seems to be sticky type figs that on their own are quite hard to find and other sticky types of fruits that have said to lead to its vulture-like head. 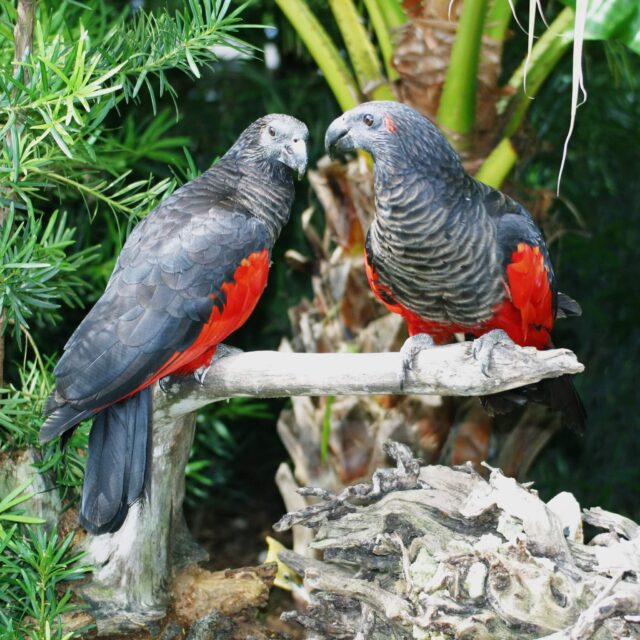 It is interesting to note that the Dracula Parrot is devoid of feathers around its face, something that is common to other parrot species. 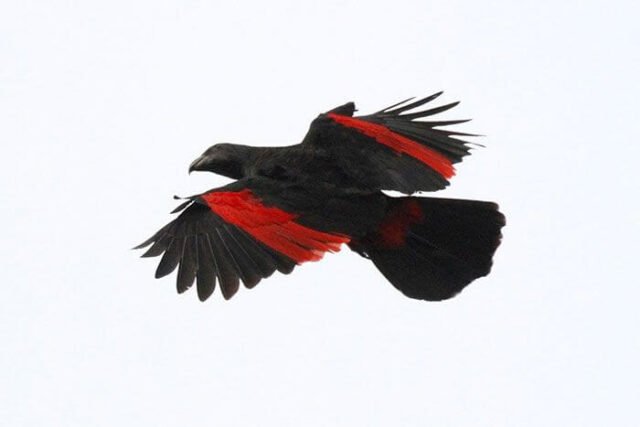 This is said to be an adaptation brought about by its diet that comprises majorly of sticky fruits. So in order to avoid their face feathers turning into a matted and clumped mess, these birds eventually evolved to have a featherless face and a long bill.

The vulture is said to have done the same and had adapted their body in order to easily feed on bloody carcasses of animals. 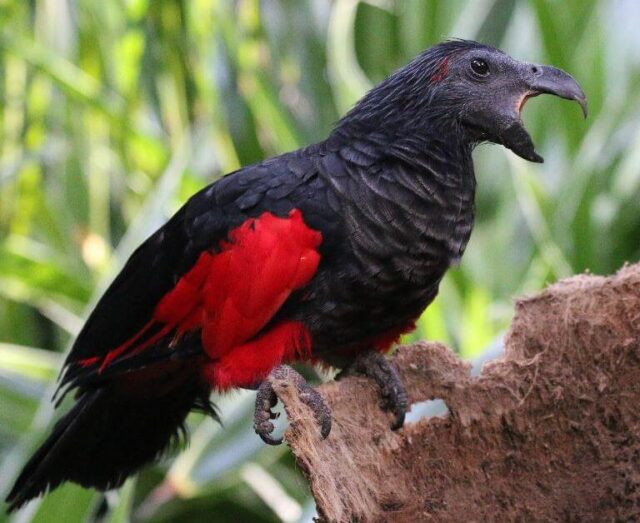 An Australian parrot expert, Matt Cameron, even commented on this saying, “If avoiding soiled and matted head feathers is a significant advantage to individuals, it is surprising that bald-headedness is not more widespread among the other fruit-eating parrots.” 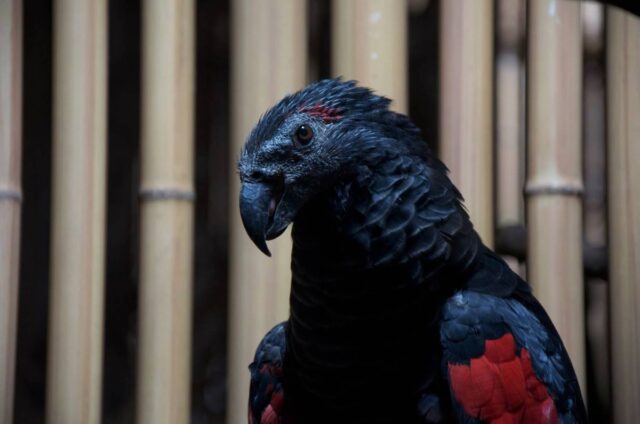 Its body overall is covered with silky greyish and black feathers stretching out to the chest, back and tail, but its belly is covered with bright red along with some red feathers in the upper tail coverts and wing-panels.

This combination of red and black is what led to the bird getting the monicker of Dracula Parrot. 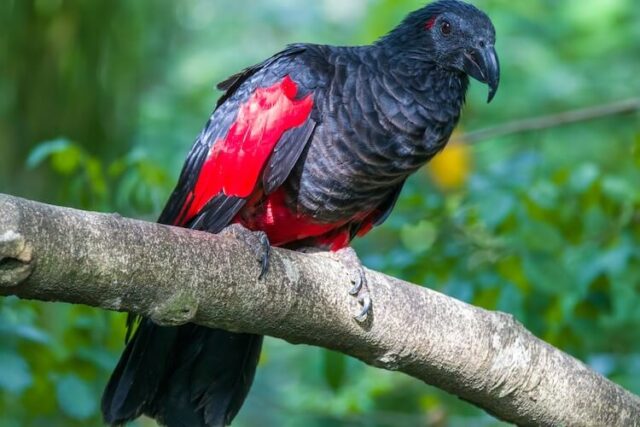 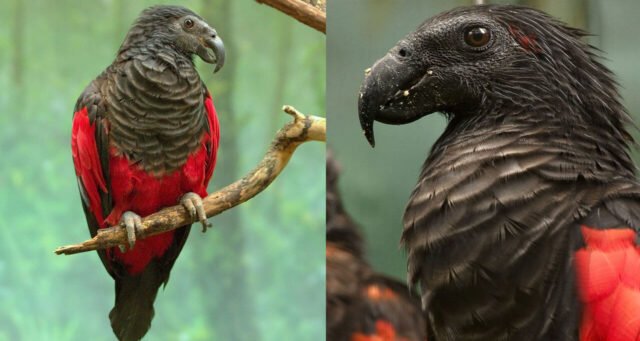 The bird’s size and weight also make it one of the heaviest among their species, just adding another feature to its uniqueness. 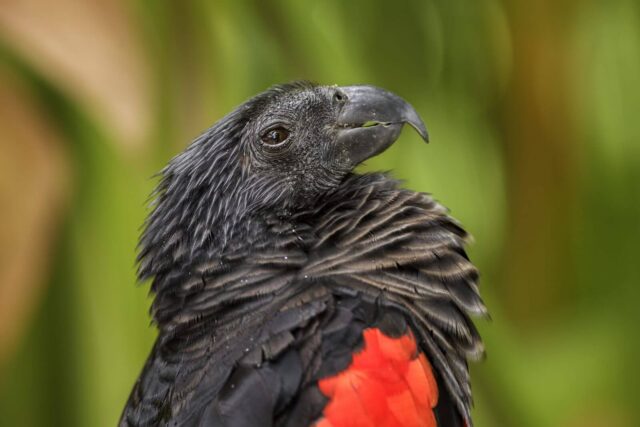 Besides the strange name and extremely unique appearance, the very genetics of this bird make it extremely rare and one of a kind.

Apparently, as per the Australian Geographic, this parrot is “the sole member of the Psittrichasinae subfamily of Indian Ocean island parrots”. 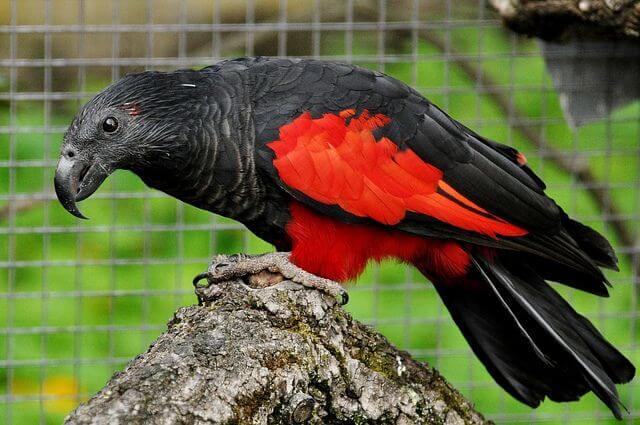 Just to further show how unique this parrot really is, the Psittrichasiidae family among the main three families of the true parrot superfamily Psittacoidea.

The other two families called the Psittacinae comprised of African parrots and the Psittaculidae including Asian and Australian parrots have a much larger base of members within them.

The Psittaculidae actually has hundreds of parrots under it while the Psittacinae has 11 species that have been found till date.

Another thing that separates them from other parrots that they choose to jump from one branch to another instead of climbing branches in order to move around on trees, something that is typical to parrots.

As always though these birds are under threat due to humans wanting their pretty-looking feathers and are even willing to kill them in order to get it.

This has led to their numbers going down dangerously, almost putting them on the verge of extinction.

We certainly need to protect these birds that are just another example among many of the strange ways nature works and the beauty it creates.