Home ED Originals In Pics: 5 Of The Most Horrific Lynchings In India In 2018 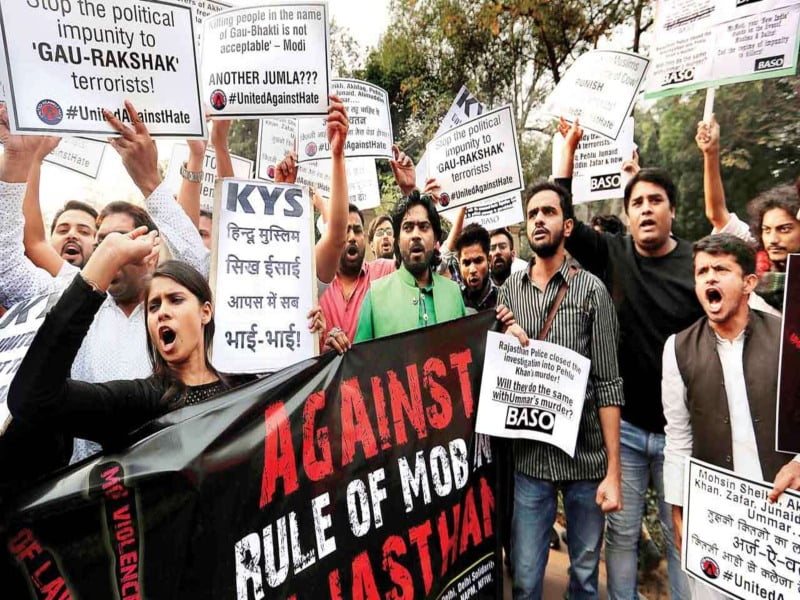 Lynching in India is at an all-time high. According to this article by India Today, there have been 16 lynchings in India in the two months preceding July.

They usually follow one of a few patterns, but two stand out.

The first is that an unknown person is accused of being a child lifter because of his foreign origins. Unverified reports shared virally across social media create an atmosphere of fear and mistrust, and as a result, the person is beaten to death.

The second usually concerns a person of the Muslim community. They are targeted by self-styled cow vigilantes who accuse them of slaughtering cows and kill them on this suspicion.

Here are 5 of the most horrific lynchings that took place in 2018. Also Read: To Gau Rakshaks: Beef Shouldn’t Be An Issue. Milk Should. Is Brutality, Cruelty And Murder Justified In The Name Of Protecting Cows And Beef Ban?