The world saw a social media revolution with the launch of a social networking site named Facebook in 2003.

More than 16 years down the line, it is an universally accepted truth that Facebook is one of the most popular sites amongst millennials. Not only this,  it is also one of the largest social networks with more than 2.3 billion active users.

Facebook can hold its position over the Internet because of regular updates, the introduction of innovative tools, incorporating new features very often, and a lot more things that keep the youth sticking to the decade-old social network.

Most of the time, these updates are launched in a grand style and the entire world is lured over the Internet; shouting about the latest updates incorporated by Facebook. However, this time it’s a somewhat shady move shown by the social networking site which has left its users both bemused and scared.

A new offline feature is automatically added to Facebook that allows the website to track down all the Internet activities of their users even when they are not online. 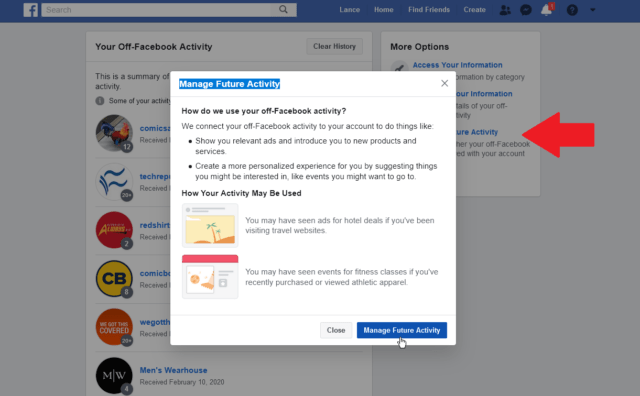 You Heard It Right

Facebook is watching YOU even when you are not around!

As much as we have always loved to connect with our friends on Facebook, the privacy concerns associated with the blue platform always come hand in hand.

Facebook’s founder Mark Zuckerberg has always ensured us about cyber safety and won our trust back. Still, the latest developments on the website hint otherwise.

What is more surprising is that when Mark was asked about Facebook’s offline-activity feature at a marathon testimony in Washington; he was hesitant in answering the question and slyly gave an incomplete answer.

The follow up on this question was meticulously done and it was later confirmed that Facebook is indeed tracking its users even offline. This does not only come off as a security alert but can also be labeled as a case of privacy breach as most of the users are unaware of this latest update.

How To Stop Facebook From Snooping Around Your Internet Use?

An uninformed privacy breach into your Internet history indeed sounds worrisome but the good news is that you can turn it off as and when you want to.

Protecting your browsing data from Facebook’s off-tracking feature isn’t a Herculean task and can be done by anyone who has a Facebook account.

How Does It Track You?

It all happened when Facebook gave its website an auto-update on 1st February 2020. So, you might have been getting tracked by the stalker site for more than 8 weeks now, and you had no idea. 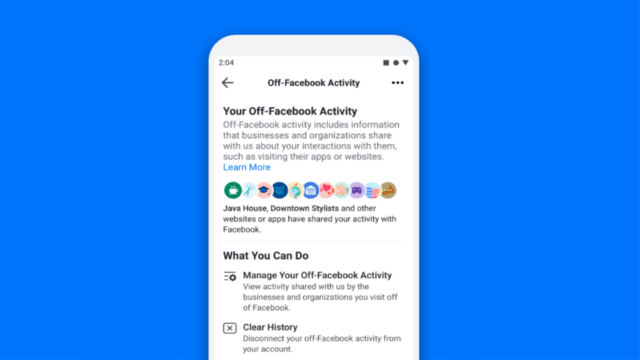 As a part of this new feature, Facebook is able to track your Internet activities like- viewing any application, logging in to apps with Facebook, viewing content, shopping online, searching for an item online, making donations, or adding items to your cart or liked list.

Although it has been said that this offline tracking feature is used to customize your Internet experience and understand your likes and dislikes, it could actually have a more sinister purpose.

This data is in turn shared and analyzed for a better marketing and branding experience.

Facebook strictly says that they ensure privacy checks and do not intend to misuse the data by any means.

Further, it is comprehensible that many users might not be comfortable with offline tracking and that’s why they have allowed an easy disability of the same.

Whatever be the intent behind such an update, I think a little intimation or a well-informed behavior on the addition of such a feature wouldn’t have hurt!

Cambridge Analytica was a reality and we don’t want that happening all over again, compromising the world order.

After Google Pay Comes Facebook Pay And WhatsApp Pay: Here’s Why Too Many Payment Apps Are Dangerous ﻿