Home Entertainment How ‘Rick And Morty’ Season 4 Took A Jibe At Its Toxic... 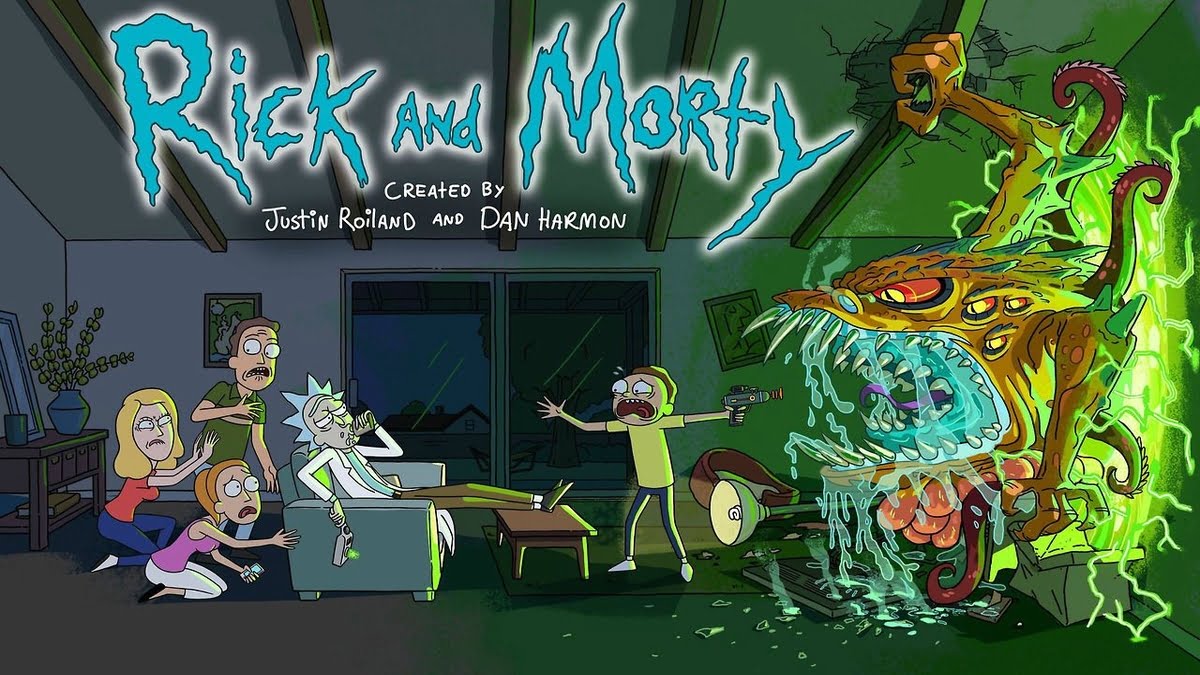 Rick and Morty is a science-fiction animated series about a twisted, mega-intelligent grandfather (Rick) and his socially inept grandson (Morty). The show deals with larger than life questions and even gives satirical remarks on the current social, political and economic landscape, all wrapped in an epic, at once childish and dark, comedy.

As soon as it aired, the show gained some hardcore fans who were soon dubbed as ‘toxic’ by both the online and offline community.

Initially, the show had an all-male writing crew. In the later seasons, the creators added female writers to the team. Now, there were certain episodes in season 2 and 3, which these fans did not like which were coincidentally credited to female writers.

These people took to the internet to express their displeasure with the female writers of the show, abusing them on Twitter and releasing their personal information on the internet to threaten them out of their jobs. 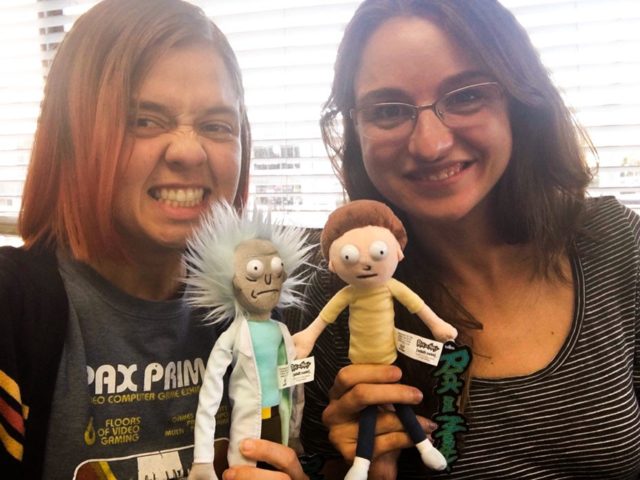 These ‘fans’ also had a problem with female characters of the show (Summer and Beth) getting too much screen time. Ironically, these are the people who think that they are mega-smart like Rick when they are actually, beta male sexist, Jerrys of the world. Yeah, I said it.

The second incident was the infamous ‘we want sauce’ fiasco. Rick’s desire for Szechuan sauce was a recurring theme in the season 3 premiere of the series. This sauce was released by McDonald’s to promote the Disney movie ‘Mulan’ in 1998, the production of which was later stopped. After the premiere aired in 2017, McDonald’s released the sauce again for one day as a nod to the show. 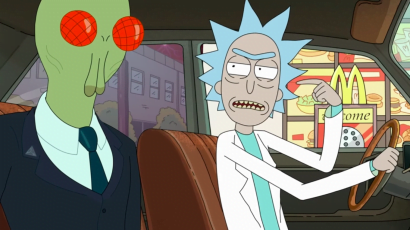 Soon, fans started to rush to McDonald’s. When the sauce was over, the fans went crazy, abusing the staff, getting placards and protesting outside McDonald’s. Soon thousands of people joined in and police had to be called to ease the havoc.

Needless to say, the creators of the show have also expressed their dislike for these fans. Show
creator Dan Harmon told Entertainment Weekly that “these knobs […] want to protect the
content they think they own – and somehow combine that with their need to be proud of
something they have, which is often only their race or gender”.

And now, the creators have also shown their displeasure towards these fans through the show itself.

Rick and Morty season 4 premiered last month. Let’s find out how the season (so far) has taken a jibe at its toxic fandom. (DISCLAIMER: spoiler alert)

Disrupting The Legend Of Rick Sanchez

Rick has always been presented as a narcissistic, toxic person. But, the viewers (especially the bad fans) can’t help but see the ‘smartest guy in the universe’ as someone to look up to.

In their attempt to imitate him, they end up looking pretty stupid too. (This is the same desire that made viewers lionise Walter White from Breaking Bad).

This season of Rick and Morty consciously dispirits the temptation to deify or worship Rick. 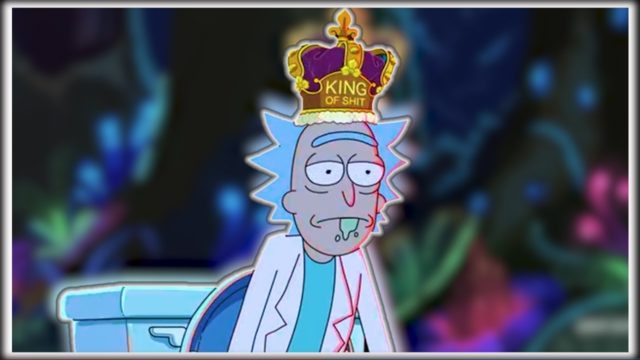 In the episode “One Crew over the Crewcoo’s Morty”, Rick dedicates an entire adventure to steal Morty’s enthusiasm for the movie that he was working on so that he can have Morty all to himself. This is how desperate Rick is for companionship because of his sheer loneliness. 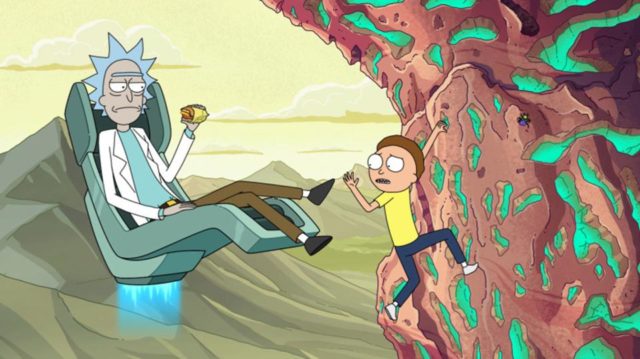 To think that Morty would’ve actually preferred to work on his movie and leave Rick all alone is even worse. This idea was also enforced in the season premiere when Morty accidentally kills Rick and has no intention of reviving him back to life. Almost as if Rick had no impact on the person closest to him. Doesn’t that make him a sad, old man?

This season is definitely trying to cool rather than fuel the hype. Even after five episodes, it hasn’t picked up any previous plot-lines like Evil Morty, The Citadel, and whether or not Beth is a clone.

The show has gone out of its way to discourage toxic fandom. The dragon episode was a clear allusion to Game of Thrones and its disastrous ending. 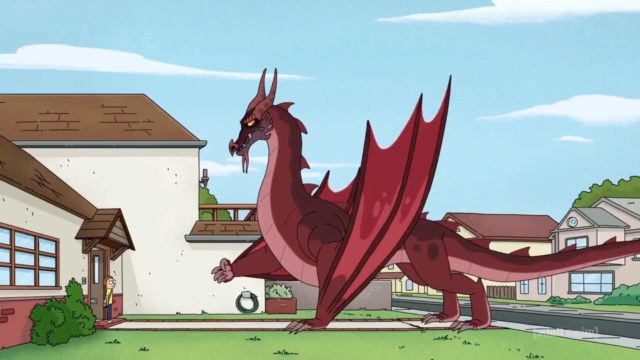 This episode is also my least favourite of the series.

Towards the end of the episode, even the characters deemed this adventure as the worst one, reinforcing that the creators are actually aware that this is not a good episode. There are going to be bad episodes too (or episodes that you may not like). Calm down, the creators are saying.

Pressing The Reset Button On The Show

So far, overarching story and character development is severely lacking this season. This is the show creators’ method of ‘re-centering’ the series. In the episode “Claw and Hoarder: Special Ricktim’s Morty”, the talking cat even says, “Maybe it’s time you stopped asking questions and started having fun”.

This comes from the fans’ desire to over-analyse every scene of the show to find a hidden layer full of deep philosophical equations in the series. The episode later admits that it is important to ask questions, but sometimes asking too many questions just ruins the essence of the answers.

This has also been done to qualify fans’ expectations of the show because everybody knows what having too much expectation does to you.

Let’s see what the show has in store for us now! What did you think about this season? Let us know in the comments below!

Sources: The Take, The Guardian + more