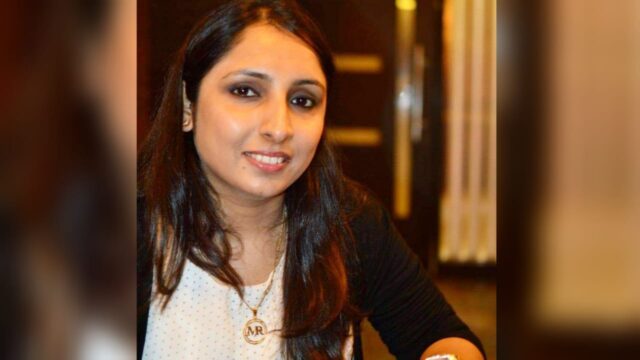 Not every soldier dons a uniform while serving the country. One such person is a young instructor Ramanpreet Kaur, who is the owner of the language institute – Day2dayfrench! She has been a French language teacher and trainer in language skills for 5 years now, during which time, this gutsy young lady has delivered toppers belonging to various schools and colleges. Her exuberant approach to training youngsters as well as corporates has made her a popular name in the field.

Ramanpreet was a USA citizen when she realized she wanted to come back home to India and create her own entrepreneurial experience in her motherland. So, she surrendered her US citizenship and went back to becoming an Indian citizen in the true spirit of the word. Before that, she worked with a US-based IT company for about 3 years. However, it was the French language in which she found a way to make her dream come true.

She already had a solid background in education with degrees like B.Ed., Masters in Commerce, PGDCA and an MBA from the Symbiosis Institute. But when she decided to become a businesswoman, she took to French, learning from the best there is. Today, as an alumni of the Alliance Française, Ramanpreet is surefooted about her venture and the tremendous response generated among the students is proof of her expertise and innovation. Ramanpreet is often invited as a guest speaker for various colleges and institutions, one of which is the Chandigarh Group of Colleges. She is a much-appreciated trainer in the education sector owing to her command over the French language.

As of now, Day2dayfrench classes cater to students from India as well as the US, Dubai, Ireland, Japan and Australia. The different courses offered at the institute cater to the beginners, intermediates as well as professionals. Besides, they also run school courses designed especially for young students. Thanks to the increasing dependence on technology during the pandemic, the classes are online and students from different parts of the world are able to connect with the instructors at the Institute and carry on their training unhindered. Ramanpreet personally monitors the progress of every student and tries to guide them if they face an obstacle during the training program.

However, one of the most beautiful aspects of Ramanpreet’s work is her philanthropic side. She takes special batches of students coming from a poor background. She trains them in French language, making them ready for the cut-throat competitive world at no cost at all. She believes, “Language can be learned by any one. You don’t need any fancy degrees or anything else to be able to learn a language. However, once you have that skill, it can make a real difference to your job value. So, I would say everyone should try to learn at least one or two foreign languages in their lifetime. It is a great skill to possess.”