Home Finance How Is The Bitcoin Slump And Kazakhstan Connected? 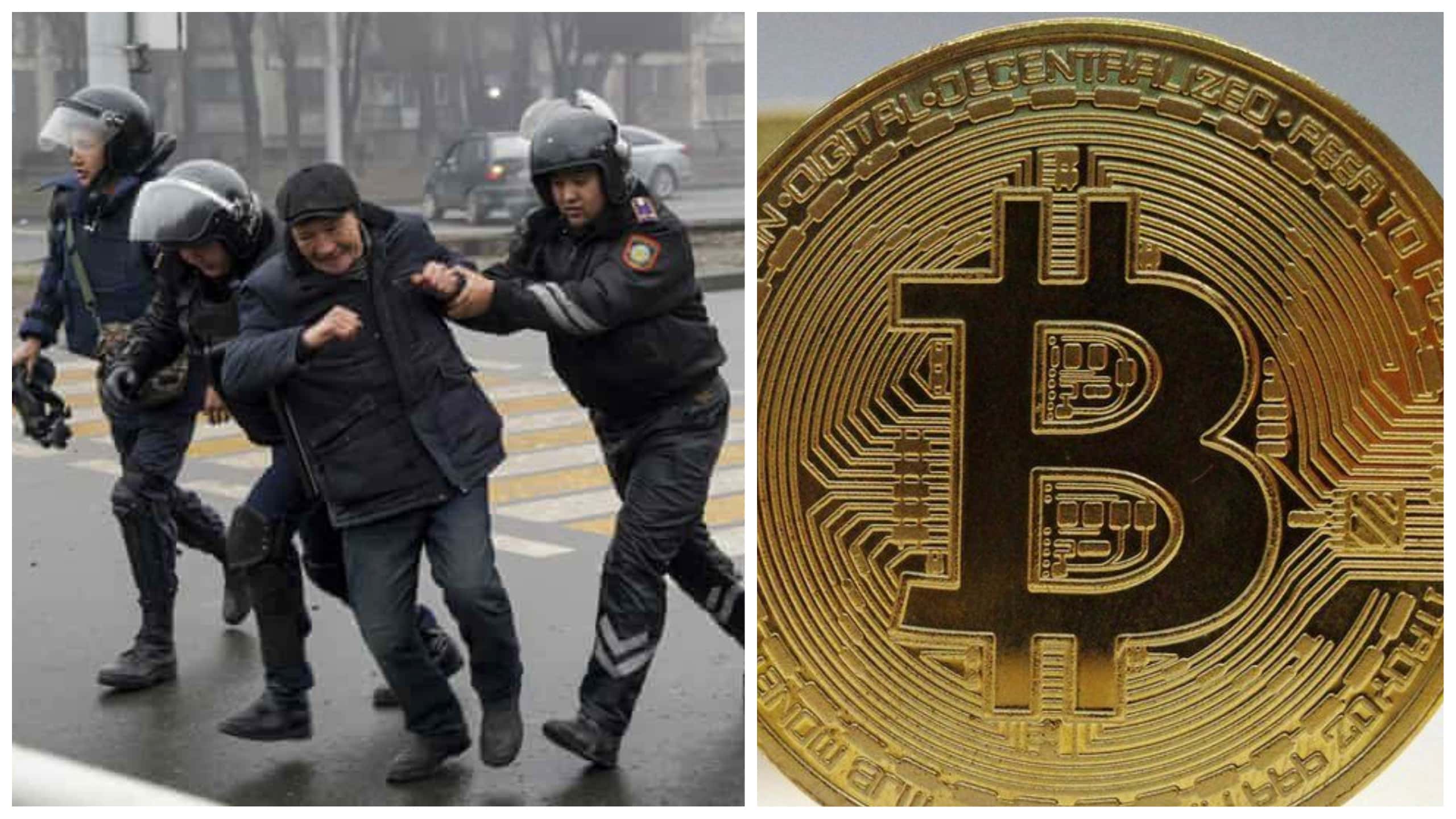 As Kazakhstan embroiled itself into another statewide crisis with the ongoing protest against the Kazakh authoritative administration, it has led to far-reaching global consequences. The financial diktat of the world of virtual currency had found its base in Kazakhstan. However, almost all mining activities faced a severe setback with there being a national internet blackout across the entire country.

Kazakhstan accounts for the second-largest mining pool all over the world, narrowly being beaten by the United States of America. With the nationwide shutdown, the dip was as sudden as it was disastrous.

The trend of authoritative administrations ceding to shutting down internet facilities is fairly new yet it is, unfortunately, the most effective in quelling the opposition. Little did we know that their protest would be as globally consequential as it became then.

How Did The Bitcoin Slump Happen?

Kazakhstan’s crypto market woke up to the thunderous typhoons of impending doom in the form of a total internet blackout in wake of the anti-government protests. The protests had led the government into absolute hiding and the employment of force had become their choice of weapon. The slump recorded was terrifyingly low as Bitcoin became valued at below 41,000 USD, as investors began panic selling the virtual currency.

Thus, as it happened, Friday marked the day when almost all activity slumped on the Bitcoin market while noticing great instances of strong instability. Furthermore, the slump recorded has been adjudged as the most sudden and the lowest (according to percentage) that the virtual currency has dropped to since its initial days.

According to reports, the hash rate of top mining pools in Kazakhstan fell to a dreary 11% for a fair amount of three days the previous week. As the internet flatlined and internet usage drastically reduced to only 5% of the entire Kazakh populace, it was fair to state that most mining pools, and, inadvertently, cryptocurrencies noticed frightening downward trends.

Owing to the fact that the entire crypto mining scenario is still fairly new to the Kazakh populace and its government, there remained a fair amount of instability before the blackout as well. In September itself, the power grid suffered a major power shortage owing to the massive amounts of electricity required to facilitate crypto mining.

Owing to the initial shortage, the government was still figuring out alternative ways to enable the new currency form to help strengthen the economy. However, owing to the excessive dependency of crypto mining on coal mines to extract power, the plan has bit the authorities in their backs as it goes against their goal of financial decarbonisation.

Most of the crypto miners in Kazakhstan are, in effect, of Chinese origin, however, owing to the Chinese administration’s crackdown on cryptocurrency they made their way into Kazakhstan.

Unfortunately, it could not have been foreseen by any of the said miners that they would be hit by a crisis of such an extent, where they are barely able to use the internet. Yet, with the presence of old coal mines in the Kazakh region, the miners have been able to effectively go about with their work, with minor setbacks along the way.

However, as mentioned before, the need to decarbonize the economy has in turn made the government come up with new tax norms that shall be levied on the miners and such mining pools from this year onwards.

However, numerous researchers have come forward to state that the price instability that arrived with the political upheaval was rather unavoidable. Nikita Zuborev, a senior analyst of the Bestchange.ru project, stated that the protests worked as catalysts rather than a cause. He said;

“It would be shortsighted to believe that what happened will not affect the crypto market at all. However, it is not worth exaggerating the power of Kazakhstan’s influence within the entire industry.”

Fair to state, the only way to go is up and as of now, the hash rate of the mining pools narrowed down to approximately 2% as ‘partial’ internet access was restored to the entirety of the country, barring parts of the former capital, Almaty.

Why Are The People Protesting Against The Government?

When the Kazakhs found their long-serving dictator, Nursultan Nazarbayev, declaring his resignation after a long tenure of 30 years, they finally found hope. However, the hope died the moment Kassym-Jomart Tokayev, a Nazarbayev loyalist, took his place. Thus, it marked another period of anguish under the leadership of Tokayev who sparsely had any need or want to make the country’s people thrive.

Although numerous promises were made to the public considering overall welfare including employment and basic necessities being made available to the general public, it was never followed through.

Thus, from 2019, the seeds of revolution had already been sowed and the final blow arrived in the form of the global energy deficit. Owing to the rising prices of energy sources such as fuel, widespread protests ensued across the country, specifically in Almaty.

However, as can be seen as a trend in most dictatorial regimes, the government did not take the protest as a medium through which they would better themselves. On the contrary, they viewed it as a threat to national integrity, and that led to disastrous results.

The police forces have reportedly killed scores of rioters in the guise of protecting the country’s stability. Furthermore, security personnel, assisted by Russian forces, used rampant violence to quell public discontent on the streets.

As ordered by the President, Tokayev, all security personnel had absolute authority to shoot at protestors without warning, giving them a free hand to spread terror.

As of now, the situation seems fairly stable, however, rivers of blood still flow across the streets of Almaty and, unfortunately, not many seem to care about it.

Sri Lanka Might Go Bankrupt Within This Year, Here’s Why

Alakh Alok Srivastava – Entrepreneur and Lawyer behind the PIL that led to Capital...