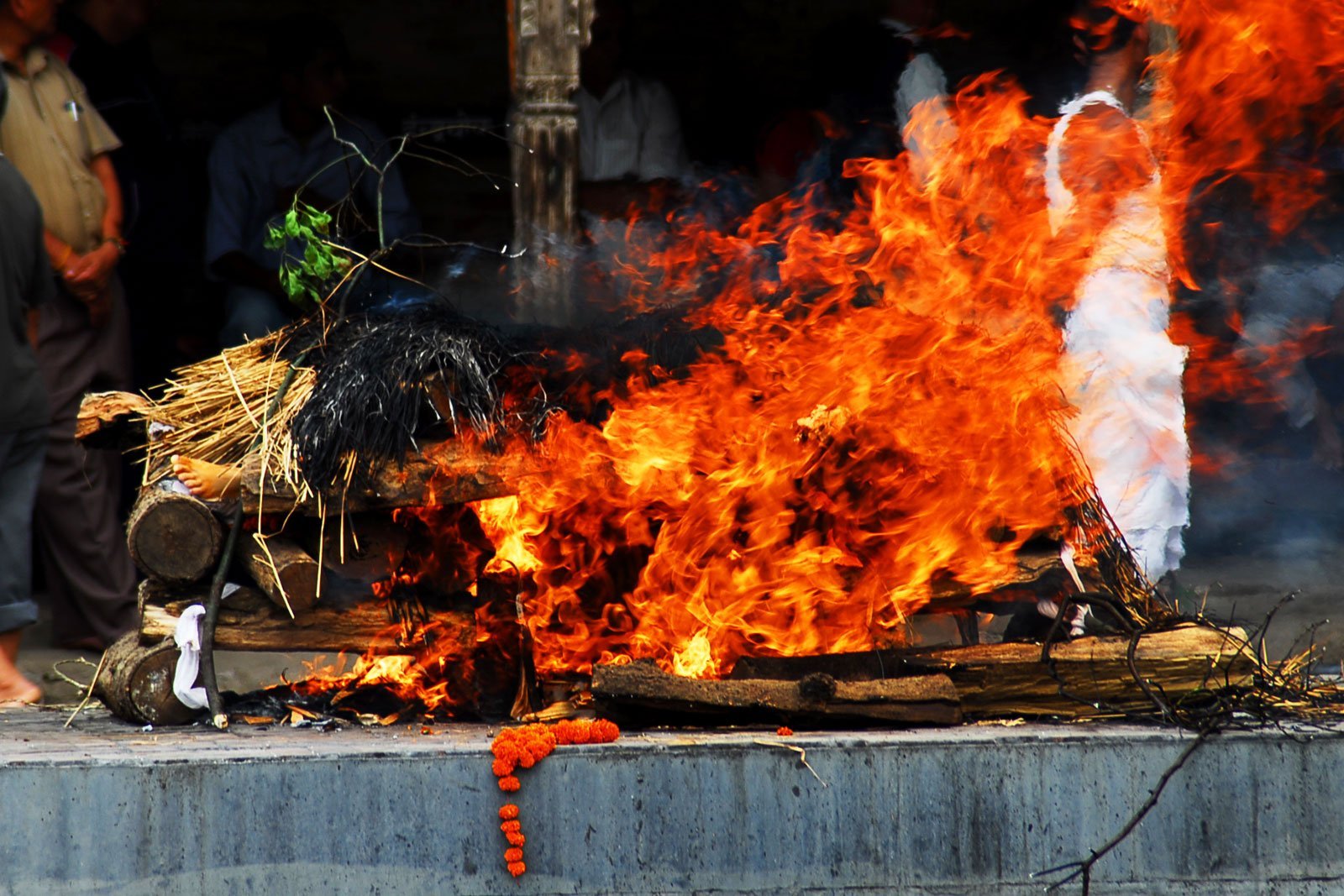 One who is born has to die one day and that is destined for each and every living being on this planet. This is the cycle of life that cannot be altered.

Death and burial customs in the Hindu traditions honor the dead and offer comfort for the grieving family during the time of loss. As Hinduism upholds the belief of cycles of life through reincarnation, the rituals also prepare the deceased for the next life that is to come.

The Hindu belief of karma affects the tone and practices of mourning rituals. These practices create a positive environment and help the mourning family and friends overcome their loss.

Reincarnation gives the deceased’s family a sense of comfort and prepares them mentally to overcome the loss of their loved ones. In every religion, it is believed that after the soul leaves the body, ceremonial rituals should be performed for the peaceful departure of the soul.

Hindu religion is vast even its funeral practices and rituals differ among social and economic groups, but there are common core traditions.“Antyeshti” or ‘the last sacrifice’  is referred to as the funeral rites of a person in Hindu Dharma. It is also known as “Antim Sanskar”.

Within a day of a person’s death, the “Antim Sanskar” is completed. The body is wrapped in white cloth in case the dead being a man or a widow while a married woman is wrapped in red cloth and dressed like a bride with vermillion.

The Hindu belief of karma affects the tone and practice of mourning rituals. By creating a positive atmosphere, the mourning family and friends pass on the merits of good karma to help prepare their loved ones for a positive rebirth.

Unmarried Women Are Not Cremated

According to Bandhayana, unmarried women should not be cremated. But some may also choose to perform ceremonial cremation rites for their female unmarried relatives. For the last rites of an unmarried woman, only a bath is allowed.

“Vibuthi” or “Chandan” is applied on the forehead of the deceased. The body is covered with flowers, a lamp is placed at the head of the body, and incense is burned in the room.

The body is placed in a sleeping position. Generally, no offerings of food or water are made. The body is denied cremation rights. Unmarried women are to be buried.

The burial pit is prepared in the burial ground called a “Shamshana”, traditionally located near a river or riverbank.

Affluent people may choose to bury their dead in their own field. The ceremony is officiated by a Hindu priest or by the Karta, prayers will be offered and hymns are sung.

After the death, the family enters into a period of mourning. The first sign of respect for the grief is that no cooking will be performed in the house until the cremation takes place.

After hearing of the death, it is appropriate to call or visit the deceased’s family. Sympathy cards, notes, or fruits and groceries can be sent symbolising compassion.

Viewings at a funeral home are not a part of the Hindu tradition. The body will be kept at the family home until cremation or burial, which normally occurs within twenty-four hours.

It is saddening to even know that Hindu women who are unmarried are denied religious cremation rites. It is not only misogynistic but horrifying that even on her deathbed a woman is denied the last rites because of her marital status. Deeming her unworthy of deserving the same last rites as a married woman.

Even in the 21st century, unmarried women are not respected enough to receive the same “Antim Sanskar” as a married woman.

Beer Industry And Its Origin That Connects To Women And Witches