Giftschrank: How Germany Handled Banning And Censorship In Ancient Times

Being a fan of Bollywood movies, my mom recently recommended, “Udta Punjab” – a star-studded film that chronicles the extent of drug abuse in the Indian state of Punjab. The premise seemed gripping and so I decided to do some research about the movie. I was soon led to various news articles detailing the difficulties that the film producers faced whilst trying to get the film released.

Apparently, the filmmakers were asked by the Central Board of Film Certification to make 94 cuts in the movie, including the removal of explicit language and scenes featuring drug consumption itself – ironic considering that the film deals with drug addiction.

Censorship in the digital media is a growing concern in India, which can be described as being irrational and erratic at best. Is it really imposed for the “greater good” of the people or is it just another useless attempt at protecting the masses from seemingly benign ideas and infringement on their freedom of speech?

This style of censorship on mass media reminds of an antiquated practice that my high school history teacher (Shout out to the ever charming Mr. Kennedy) talked about in one of his classes – The Giftschrank.

Giftschrank – a combination of German words for “poison” and “case or cabinet” literally translates to “poison cabinet”. Historically, it was precisely that: a cabinet utilized by pharmacists and apothecaries alike to store poisons or controlled substances away from the general public. Colloquially, it takes an entirely different meaning and is referred as the room in which banned materials such as magazines and books are kept. Following the downfall of the Nazi regime, the new government had its fair share of work cut out, like figuring out what to do with “Mein Kampf”, the fictional account of Adolf Hitler’s autobiography. It was imperative that they limit the public access to the book. They couldn’t also just burn all the copies because that is precisely how the Third Reich functioned!

To separate themselves from the barbaric practices of the Nazis, they promptly turned to the fabled Poison Room once again. The copyright was transferred to the Bavarian Government and the book was placed away in a Giftschrank – a small room in the Bavarian State library in Munich where the librarians, the modern day gatekeepers that only granted access to scholars and historians, guarded it. Within this context, Giftschrank’s humble beginnings can be traced back to the late sixteenth century, a period when Bavaria was part of the Roman Empire. Prominent works of literature such as the writings of Galileo and Martin Luther that the Duke of Bavaria and the Church considered heretic were placed in a locked box and were stored away at the state library. The Duke called the box; you guessed it, Giftschrank.

The idea was sublime. With this method, the monarch wouldn’t need to destroy their own volumes of works and would limit their exposure to the general public at the same time.

The concept of such a “Poison Room” is still very much in place in our modern society. Be it patents held by companies that limit their use by the general public or scientific journals masked behind atrocious paywalls. Car enthusiasts are well aware of BMW’s secret warehouse which stores a plethora of prototypes that will never see the light of day – BMW’s very own Giftschrank.

We collectively have some very important decisions to make. How do we decide what to put away? How do we elect the gatekeepers? Should they even exist? How and when should things move out of such poison rooms? Is total transparency nothing short of a utopian fantasy?

As of January 1st, 2016, Mein Kampf is back in the public domain following the expiration of its copyright. It quickly became a bestseller once again, albeit for different reasons this time around, thankfully. 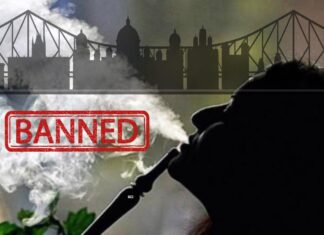