Home Finance How Are Trump’s Tweets Manipulating The Stock Market? 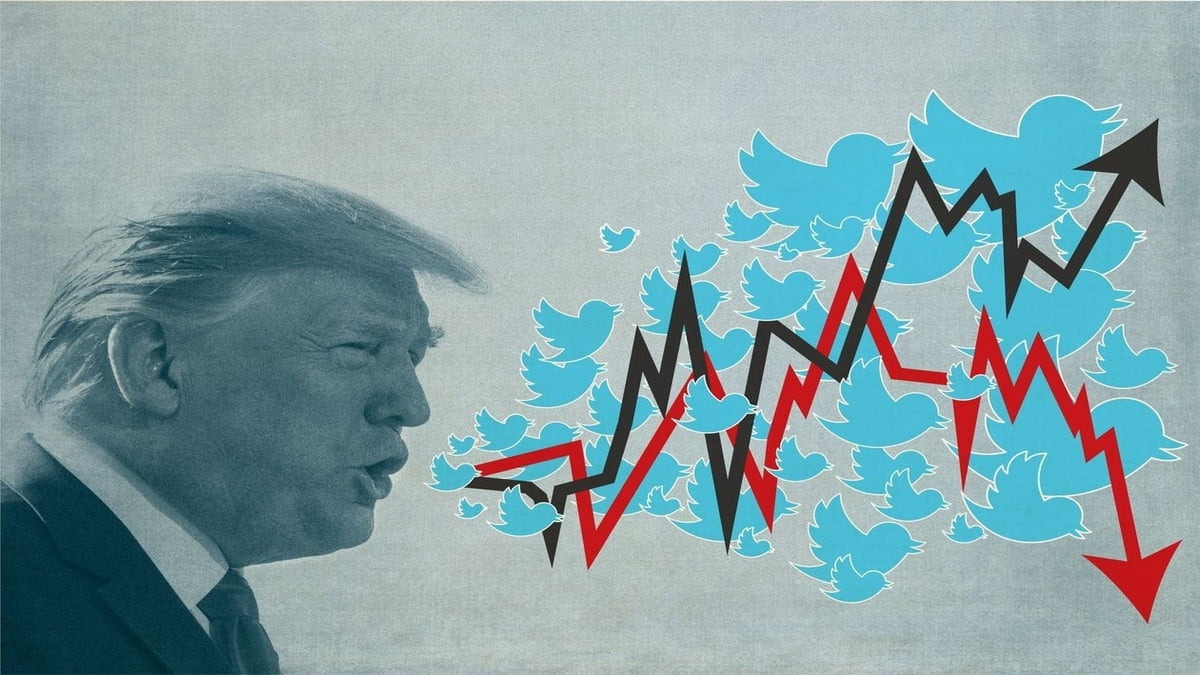 US President Donald Trump is known for his outrageous tweets. At one glance, they may seem spontaneous, almost as if he was abruptly tweeting during commercial breaks while watching “The Bachelor”.

But, the more you dissect his tweets, the more you realise that in reality they are carefully curated instruments serving a specific purpose and choreographed to appear impulsive.

The Wall Street Journal story on the China Deal is completely wrong, especially their statement on Tariffs. Fake News. They should find a better leaker!

In fact, his tweets are so powerful that they can agitate the stock market and influence a regular investor’s weekly portfolio.

Trump And The Power Of 280 Characters

According to analysts, Trump’s tweets frequently affect the stock market, at least in the short term.

In August this year, Trump had announced- through a series of tweets- that he is going to place 10% tariffs on $300 billion worth of imports from China, in addition to the $250 billion already subject to levies, because of which the stocks took a massive plunge. 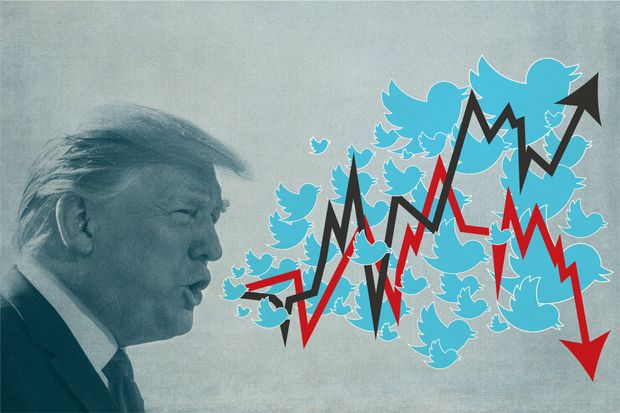 As per an analysis by the Bank of America, the more Trump tweets, the more the market falls.

Two factors that have been influencing the US market (and hence the world market) this year are US-China trade war and US’s Federal Bank’s moves on interest rates.

This is why Trump has been tweeting the most about these two and usually, his tweets are something negative about both which is generally not good for the market.

“The word ‘tariff’ was mentioned in 165 Trump tweets spread across 95 days. On those days, the S&P 500 declined an average of 0.12%. Trump has been a frequent critic of Fed Chair Jerome Powell.

Two days ago, Trump had tweeted that the US was very close to making a ‘BIG DEAL’ with China. He tweeted this five minutes before the stocks in New York had opened and this one tweet sent the stocks to new records.

Getting VERY close to a BIG DEAL with China. They want it, and so do we!

The White House declined to comment on how Trump’s tweets are affecting stocks.

Will These Tweets Help The US President Trump The Stock Game?

Trump tweets something shocking because of which the exchange goes into a crazy sell-off. The next day, those stocks are bought at a really low price. Trump is simply misusing his status as the US president because he knows that he cannot be legally held responsible for his tweets. However, this will not go on for much longer.

STUNNING
In the last 10 mins of trading on 8/23 as mkts were roiling in the face of more bad trade news, someone bought 386,000 Sep e-minis. 3days later,Trump lied about getting a call from China to restart the trade talks-S&P shot up nearly 80 points. The potential profit +1.5bn https://t.co/jh9KElCQ3x

According to a report by Vanity Fair, traders in Chicago who are used to market volatility are also viewing Trump’s tweets with suspicion.

There are two possibilities based on the reporting by @WilliamCohan in @VanityFair:

1. Many large trades near in time to statements and actions by @realDonaldTrump that resulted in massive gains were all just coincidences.

There are two possibilities based on the reporting by @WilliamCohan in @VanityFair:

1. Many large trades near in time to statements and actions by @realDonaldTrump that resulted in massive gains were all just coincidences.

“Are the people behind these trades incredibly lucky, or do they have access to information that other people don’t have about, say, Trump’s or Beijing’s latest thinking on the trade war or any other of a number of ways that Trump is able to move the markets through his tweeting or slips of the tongue?” reported the Vanity Fair piece. “Essentially, do they have inside information?” it further added.

Whether or not Trump personally gains from manipulating the stock market is still a mystery, but the fact remains that he is still a businessman and hence the answer is most likely yes.

How Should An Investor Deal With This?

“Trump’s tweets should be put in the same category as economic data and other daily news”, Hooper suggested.

To sum up, investors should look out for them, but they should not get too involved in the short-term highs and lows that occur as a result of his tweets. Instead, investors should give major attention to their long-term goals and sustain a well-diversified portfolio keeping in tune with those objectives.

How Citizenship Amendment Bill, 2019 Will Affect India’s Relations With Bangladesh And Afghanistan?