Google Earth has just created a new feature called Timelapse that shows you the scary reality of our fast-changing world. Known to be one of the biggest updates the program has gotten since 2017, this feature shows you the impact of climate change over 37 years, from 1984-2020.

For those unfamiliar with Google Earth, this program provides users with a 3D- representation of the Earth using satellite imagery. 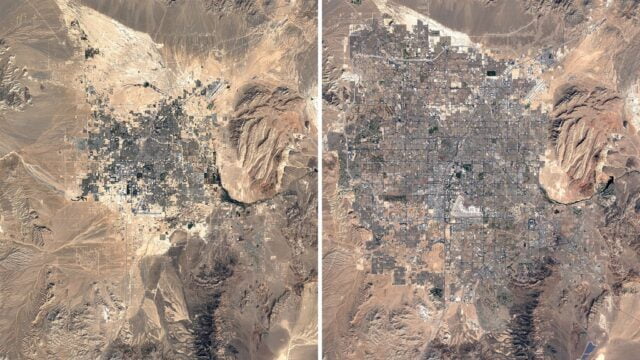 It does this by superimposing satellite images and using aerial photography to give users an incredible close-up of various landscapes and cities.

What Does The New Feature Do?

The Timelapse feature now allows users to get an in-depth look at the planetary changes that have taken place over the years. This feature has been brought to life by combining nearly 24 million satellite images over 37 years to create it. 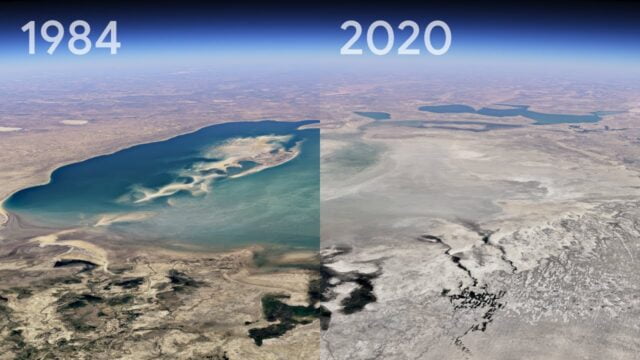 According to a tweet by the CEO of Google, Sundar Pichai, “ Our planet has seen rapid environmental change in the past half-century — more than any other point in human history. The new Timelapse feature in @GoogleEarth compiles 24 million satellite photos from the past 37 years into an interactive 4D experience (sic).”

From vast deforestation, the expansion of urban cities to vanishing coastlines, the satellite images show it all! It brings to light the very real and scary truth that the Earth’s environment may eventually reach a point beyond repair.

The creation of this feature was no easy task. To crunch the required data for the program, it took nearly 2 million processing hours and thousands of machines in the Google Cloud.

How To Use The Feature?

Those who wish to access the Timelapse feature can visit g.co/Timelapse. After this, users can type in the place or location that they want to see a time-lapse of in the search bar.

Another way is to open Google Earth and click on the ship’s wheel to find Timelapse in the storytelling platform, Voyager and through its interactive guided tours. Lastly, users can also view the clips in a ready-to-use MP4 format or on YouTube as well.

Purpose Behind The Feature

The feature carries a strong message to the users who watch these clips. It has been brought to life through a collaboration between Google, NASA, the US Geological Survey, the European Space Agency and the European Commission.

By highlighting Earth’s deterioration through images, we become more aware of the impact that our actions have on the planet. According to Google, the primary purpose behind this tool is to “educate and inspire action”. 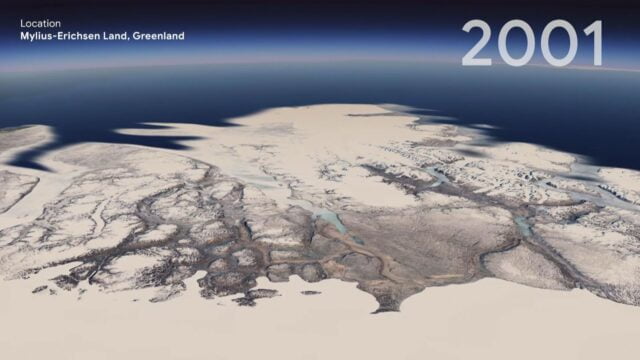 There is no limitation on who can use Google Earth, and the hope is that a more significant number of users will take notice of the health and well-being of the planet. They believe that visual imagery makes it easier for people to understand the consequences as well.

The tool is definitely a step in the right direction towards creating more awareness among people about the numerous environmental issues plaguing our planet. We can no longer ignore the hard-hitting reality of climate change.