From “Tera pyaar Hookah baar” to “Chaar bottle Vodka” the deterioration of the Indian Music is increasing exponentially. Unfortunately the assault and molestation to which the music is subjected fails in finding any prominence for the main stream media.  Music connects to the soul but then it should be music and not “Shor- in the City”.  A miserable plight especially if one is talking about India, where it is said that God itself is a musical sound, a sound which encompasses the whole universe.  The calmness and tranquility buried deep.

It is said that Indian music finds is root in the Vedas and was a mean to connect oneself with the Almighty. Historically, India is a country which is highly diversified when it comes to any art and music is no exception. Ghazal is one such form which in-spite of having its origin in the Arabia, flourished in the Indian Subcontinent.  Ghazal, in India, was initially written in Persian script but gradually moved on to the other Indian languages especially Urdu. Mirza Ghalib and Amir khusru being the most renowned and prolific writer. Ghazal literally means “a heart to heart connection with your beloved”. Ghazal is a precious necklace with mesmerizing words bound together like beads. The term ghazal is purely thematic. A poem written in free verse that deals with the themes of love or longing is called a ghazal, regardless of its form.  Ghazal is composed of couplets on a common theme, each couplet being independent of the other but conveying a common thought or emotion.  Ghazal is an art wherein an artist breaks down into feelings and gives words to them.

One must be a strong person, if he belongs to the Indian Diaspora and wins the battle with his tears when hearing the song “Chhitii Aayi h” of Pankaj Udhas.  It must be noted that Pankaj Udhas, the legendary Ghazal singer is often referred to as “Udaas” because of the serene calmness and slowness in his songs by some who consider themselves “of a smarter race”. The nexus of bollywood and ghazal is as old as the industry itself. There was a time when most of the bollywood songs where mostly ghazals. The ghazal gave a platform to the greats like Jagjit Singh, Mehdi Hassan, Talat Mahmood, Anup jalota, Ghulam Ali Sahab, and many more. The list is never ending and it will not be wrong to say that bollywood music made the best possible use of language when it comes to ghazals.

The words were borrowed in articulation and the words directly connect to the heart.  Composing legend Khayyam too says, “Give me subjects like Umrao Jaan, Bazaar and Razia Sultan and I will still be able to be come up with tunes like I did for those iconic films.” As the industry flourished an imperceptible decline in the quality of movies and music was inevitable. This simply testifies the fact that quality cannot have a substitute in quality. Even the great Lata Mangeshkar moved to “Disco 82” under the pretext of versatility but the real reason was “Jo dikhta hae, woh bikta hae” and every one has to move with the taste and preferences of the target “Customers”. Yes I said customer because the art has now become a business. The media and general interest publications have always been overly fixated on the love lives and sartorial choices of rock stars ignoring the quality which they are delivering. Music criticism includes anything but the music itself. It can’t get more depressing when petitions are filed against the lyrics of the song some even on unequivocal terms cite those songs as a reason for increase in crimes. Yes this is the level to which we have taken the music which we inherited from Tansen, whose “raags” forced the clouds to change their state. Nowadays the difference between “Raags” and “rags” is very subtle.

Even in the rap era where the “Chameli is Chikni” we sometimes hear “Aaoge jab tum o Saajna” and that moment we feel that we have not lost completely. The ghazal era is still in well in tune.

Since it vanished from Bollywood, ghazals have created an identity and following with private albums and concerts. Every reality singing show has a ghazal round which shows that it is an inseperable part of our music, our culture which we have inherited from our fore-fathers.  Irrespective of the era, Ghazal will exist as there will always be someone who will love the purest form music. The era will come again where the nuances of the lyrics will be appreciated. It reaches the pinnacle from where it deteriorated “aakhir kisi nazar ko tera intezaar aaj bhi hae”. 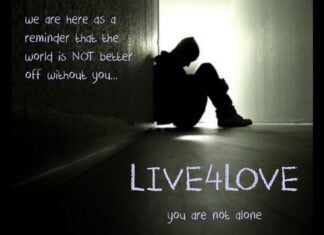 Paridhi Sehgal - August 2, 2021
ED VoxPop is where we ask people different survey questions and get responses to conduct sort of a poll of our own. The recent demise...