Startup Fortune, June 16, 2020: Although there are plenty of philanthropist millionaires, many of them are more focused on earning money than helping people.  After all, just think of all the CEOs who are making millions during the coronavirus pandemic while the unemployment rate is skyrocketing.  We’re in an incredibly difficult time of economic uncertainty and civil unrest, and it’s more important than ever for people like Ricky Cucalon to speak out and give back to those who need it.

Giving back has always been a focus of Ricky Cucalon, CEO of the ATM Movement, an organization created to help people make money with blockchain technology.  Inspired by his upbringing in Peru, Ricky has made it his mission to provide Latin American children with the resources they need to succeed.

Ricky has certainly succeeded in helping other people find their own success just as he did.  A self-made millionaire, Ricky was able to grow his fortune by successfully harnessing Bitcoin to his advantage before it became the cryptocurrency giant that it is today.  His early investments in Bitcoin earned him over $500k, allowing him to quit his job and start a movement that helps other people do the same.

“I realized that people that were looking for opportunity but didn’t have the info because they were taught to be an employee like I was myself,” says Ricky.  He created the ATM Movement to give people the tools to make money from their smartphones and break out of the 9-5 cycle that’s dragging so many people down today.

As an Instagram Influencer with over 50k followers, Ricky has a huge platform from which to speak.  Such a giant following creates a lot of responsibility, and Ricky has been adamant about putting it to good use.  In addition to creating posts about his work with Latin American children, Ricky has posted in support of important causes such as Black Lives Matter.

“This is a historic event, & we will support what’s right, end racism, end police brutality, and end systematic racism,” Ricky posts on a series of photos of a Black Lives Matter rally he attended in Oakland.  Ricky and other supporters of the ATM Movement attended carrying signs in support of the BLM cause and demanding action.

At the end of the day, money is the great motivator in life.  But while most people end up chasing money as the solution to their problems, the true solution lies in the people around us.  Ricky has used his fortune and his platform to not only help people escape from systemic poverty, but to shed light on the crossroads that we’ve reached as a society.  Giving back is the cornerstone of Ricky Cucalon and the ATM Movement. 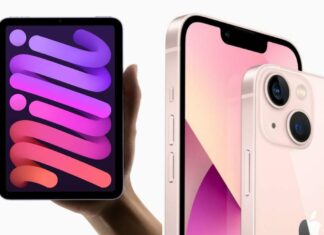