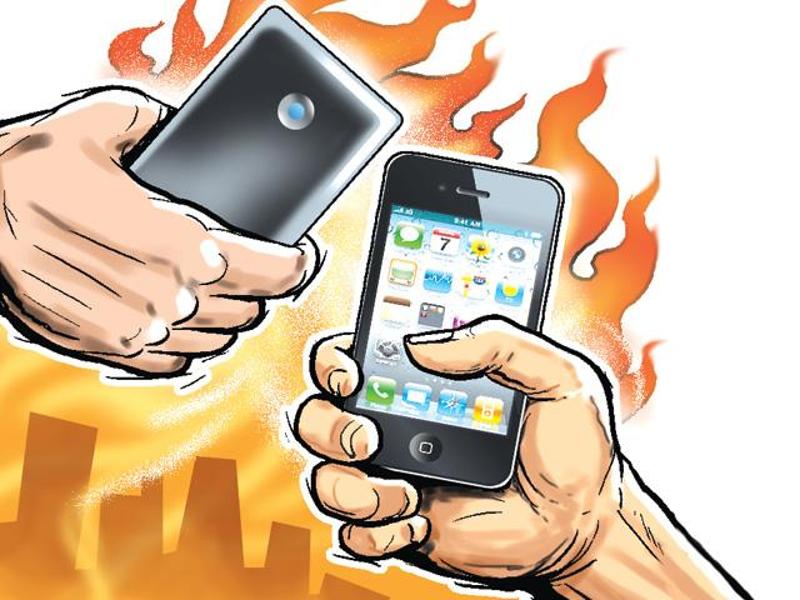 Indian market is full of Chinese products. Chinese cellphones are selling like hot cakes in the country. Here, our bloggers fight it out over whether Indians should stop using Chinese phones?

There was a time when cellphone brands like Micromax and Intex were doing well in the country. These are both Indian cellphone companies which were destroyed ever since Xiaomi & OnePlus products entered the Indian market.

These phones were cheaper and better advertised. The result of which was that the Indian brands lost the market to their Chinese counterparts.

On the outset, it looks fine. Just another story of better product winning the game. But the reality is far from this.

By making products available at a cheaper price, the Chinese companies are badly affecting our Indian brands to the point that they are shutting down.

Moreover, the made in China labels are replacing Indian products in foreign markets as well. This not only affects our brands in our country but also in a global context thereby affecting our export market. This is nothing but a red flag.

Also, its not like these Chinese companies use good quality internal parts. The lifecycle of these Chinese phones is not more than 1-2 years, all thanks to the sub-standard parts they use.

As for technological advancement, necessity is the mother of invention. We stop using Chinese phones, Indian brands will be forced to put more money into their R&D and adapting to the latest technology.

Lastly, the safeguards to protect Indian manufacturers in this sector are less to none. There is a lack of policy and law for their protection in the sector, hence, it becomes even more pertinent for us citizens to say no to these Chinese cellphones.

They might be dirt cheap but are harmful for our country and economy, both in the shorter and longer run. So, the next time you think of switching to such a brand, think twice.

Also, read: FlippED: Is FIFA Being Sexist With Disparity In Prize Money At The Men’s And Women’s World Cup?

“Buying Chinese phones does not make you an anti-national. Please. No.” ~ Blogger Manas Dixit

By not using Chinese phones, you are not only missing out on the latest technology but also making things easier for the Indian brands. How, you ask?

Well, the biggest brands in the Indian smartphone market are Chinese. Xiaomi, Oppo, Vivo, OnePlus (a subsidiary of Oppo), you name it. The reason why they are miles ahead of their Indian counterparts is their ability to adapt to the latest technology.

As pointed out by Mint, about 5 years ago, Indian smartphone brands such as Micromax (remember Micromax?), Lava and Intex dominated the Indian market with 54% of the market share. Today, their market share stands at less than 10%.

What led to their downfall? Their failure to foresee the future and adapting to the latest changed in technology. If your brand cannot adjust itself according to its environment, it will fail.

Their lack of preparedness for 4G technology left them far behind their counterparts who were already selling 4G smartphones in the market.

If you are to stop buying Chinese phones, you are ending any kind of competition that Indians brands face, and this would lead to a massive fall in quality in the market. The Chinese brands have been keeping their Indian competitors at heel ever since their entry in the market.

Smartphones hold a lot of meaning for the generation of today and by not choosing the best in business, you are not doing yourself or your country any favor.

Brands such as Xiaomi, Oppo or Vivo may be Chinese, but they do not sell the “Chinese maal” you normally associate with China. A careful look at the hardware and software used by them would tell you how good they really are.

Before you come out with your guns at me, let me be rational here – Buying Chinese phones does not make you an anti-national.

Choosing the best for yourself makes you rational and that’s what economics assumes, before the economists come out panting. Peace out.