Home ED Originals FlippED: DC Vs Marvel: Which Is The Better Universe: Our Bloggers Fight... 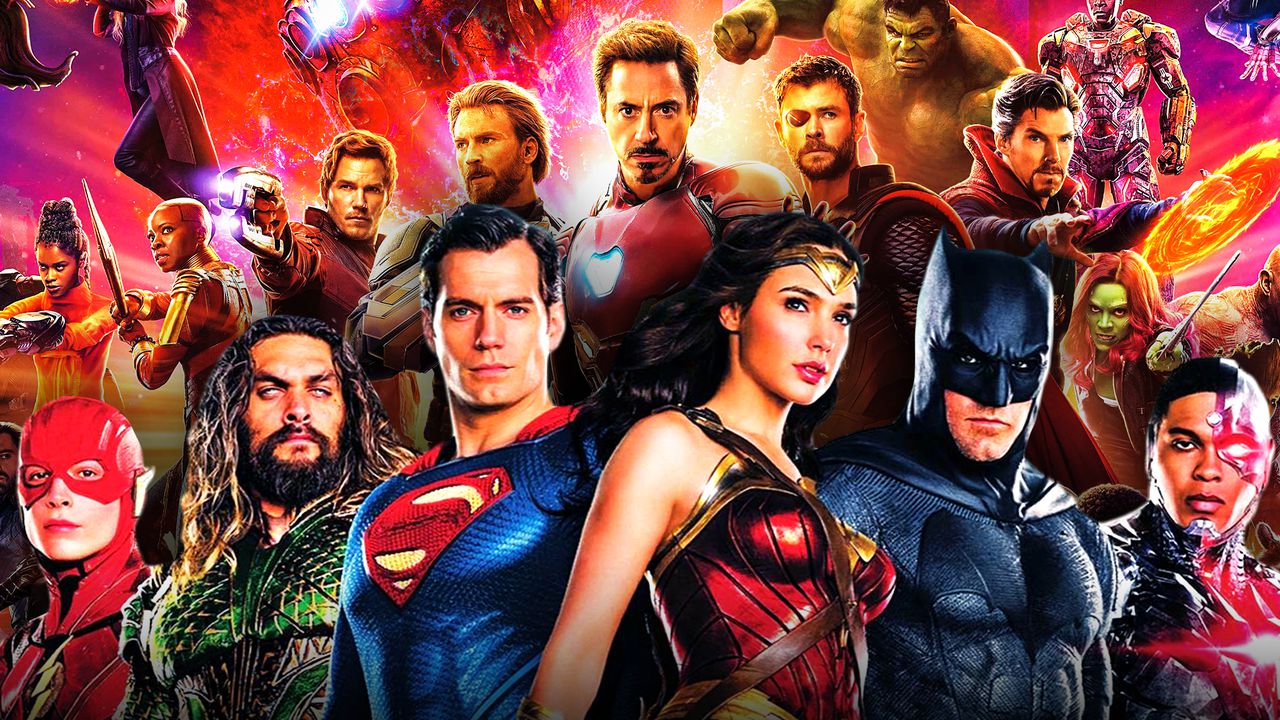 For decades, comic book movies have kept people going to the theatres. Both Marvel fans and DC fans can agree on this fact. They have kept us entertained, excited and motivated.

While both have their own drawbacks and advantages, they started with a dream, an idea. And here we stand now. While most art is getting polluted with corporate interference, some are trying to keep the dream and the art alive.

The argument remains. Who is better- DC or Marvel? Someone has to be better than the other to make the comparison as undiplomatic as possible. Let’s get right into it!

“DC is the layered labyrinth of a disturbed mind, which seeks liberation. Which screams freedom”

DC Comics, or known previously as Detective Comics Inc., originating in the year 1934, does not merely hold the record for being one of the oldest comic book producers, but also one which inspired many after it. Like, of course, Marvel.

But being the oldest doesn’t mean being the best. It’s not wine. It’s a comic book company. Stories get old. What exactly does DC have, watching which isn’t necessarily supposed to entertain you like a theme park ride, like Marvel? DC is the layered labyrinth of a disturbed mind, which seeks liberation. Which screams freedom.

Let’s first talk Characters! Everyone knows the characters in DC. Superman, Batman, Wonder Woman. One might have said that these characters are from a child’s dream, arguably, if not for Christopher Nolan’s “Dark Knight Trilogy”.

The Dark Knight Trilogy was not a part of the DCEU, but it was definitely a milestone in its own cinematic way. The first DCEU movie was Zack Snyder’s “Man of Steel”, and with a critical eye, Nolan’s influence is evident. It was not just the DCEU movies that got inspired by Nolan’s character development, but also Marvel.

Showing realistic political unrest brought down by interstellar forces, autocratic/dystopian systems, villains raised by the society and human-like characters, struggling with their own physical restraints is something every comic book movie does these days. So, the question that arises, in that case, is “Who Did It First?”

There was a movie based on a DC comic almost 15 years ago. It was called “V for Vendetta”. A lot of people believe that V for Vendetta is not originally DC’s, as the producers of the comic approached DC while the comic was halfway through. But anyway, the idea was carried forward. What the movie showed still remains with the mass.

Darling, all I know are sad songs

Let’s see what ruined the DCEU, now. Because, no matter how much we argue, the fact remains that the DCEU is ruined. It was corporate interference.

Warner Bros wanted to compete with the Marvel Cinematic Universe, which was making it big by bringing all of their individual superhero movies together, creating this dream-like scenario that fans could only imagine before that.

Of course, the MCU was earning billions upon billions with every single release because they are more business-minded, unlike the DC universe, who still believe in art.

Warner Bros thought they should do it as well without even creating proper character arcs because they might have thought that these characters have been going on for hundreds of years now. And that if they bring the characters together, they will create a huge thing!

Yes, showing Batman, Superman, Wonder Woman, Flash in one frame is something huge! But Warner Bros did not let DC do its job with building the character arcs first before jumping into bringing these together. We know how miserably they failed.

Zack Snyder’s cut of the Justice League movie was definitely better than the previous one, but it lacked what it lacked. We could not connect with the characters as much as we were supposed to. We could not feel the same emotional intensity like we did when Iron Man died.

Two years ago, Joker came out starring Joaquin Phoenix. The movie was no short of a masterpiece. If anyone did it after Heath Ledger, it was this guy, but sadly this movie was not by the DCEU either.

But they should understand what works for them now. Competing with Marvel is not going to work anymore because they must understand that they are different. If Marvel is a Bollywood action movie, DC is an art-house drama.

While Marvel is targeting everyone, regardless of their age, class, ethnicity, DC cannot do that. Because both of them have created a brand for themselves, and they are different from one another.

DC is better with cinematic expressions, building characters, and it definitely awes those who have a taste for it. But not everyone is prepared to solve extreme puzzles after a hard week when they just want to be entertained! Cinematically, DC is better. Martin Scorsese was right, Marvel is a ride through the theme park.

“It is similar to Bollywood action movies, but the physics makes sense here!”

Marvel Comics is the brand name and primary imprint of Marvel Worldwide, Inc. formerly known as Marvel Publishing, Inc. It was started in 1939 as Timely Comics whereas the Marvel era began in 1961 when the company launched The Fantastic Four. Hence, the Marvel brand was solidified as the primary brand.

Marvel has been winning the DC vs Marvel fight for quite a couple of decades now owing to its tendency of creating intricate universes that mesh with each other seamlessly. The Marvel Cinematic Universe makes some of the most entertaining and detailed movies with the special added effects being their rock-solid wall of secrecy that is maintained with great efforts by everyone involved in the production.

Marvel while writing its stories keeps certain things in mind. They try to create something that can be enjoyed by both children and grownups. The lack of complexities in these movies provides the audience with what they want when they want to be entertained. It is similar to Bollywood action movies, but the physics makes sense here!

While the DCEU is still trying to figure out exactly how “dark” they are going to make their stories, Marvel is achieving it all in the light. While DCEU is going on using the same “Dark Knight Trilogy” formula, MCU is winning hearts. It won’t be an exaggeration to say that Marvel made the entire world shed some tears when Iron Man died.

Those of us who grew up watching these movies instantly remembered how tiny we were. Our legs would not reach the floor of the theatre. But we understood the movie! The first Iron Man movie, where he’s building a suit for himself, flying around, fighting!

We associate good times with these movies. Whereas those of us who have tried watching The Dark Knight as a kid because we heard that there was Batman in it, probably fell asleep 5 minutes into it.

Iron Man’s death was not the end of an era, but also a big push for everyone who was watching it, regardless of whether he or she was a fan. It was a realization that we were growing up.

The Times They Are a-Changin’

Of course, Marvel cannot and should not be compared with DC. Other than the fact that Marvel is better than DC, there’s also the fact that DC has fallen victim to the corporate drama.

While the directors and writers know what they want, and probably what the audience wants, it’s the producers who are under the impression that DC fans want what Marvel is doing. That is not true.

Both are necessary in this world. Raw realism, showing the vulnerability even superheroes aren’t spared, and pure entertainment, bringing warmth and joy to billions of people watching it.

Again, both are good in their own way, and both are bad. But in the end of it’s up to us whom we are going to like, justify and defend.

How To Find Affordable, Quality Accommodation In Noida For Students And Office Professionals?

Lifestyle Jibin Mathew George - January 10, 2022
It's that time of the year again when anxious students and parents rush across cities on all manner of public transport to get the...