Navratri is a festival of 9 days dedicated to Goddess Durga. It falls around October when the fall season is approaching. The 9 days are full of excitement, colours, dancing, and all things fun. Elders, young adults, kids – all engage in festivities alike.

But Navratri is known for one more thing – sexual excitement between young couples… at least that’s how Bollywood portrays it (remember Ram Leela?).

I always thought that it was just a Bollywood thing, an exaggerated representation (like how college and high school are shown in a completely different light than real life).

Turns out, Bollywood is not completely wrong here. Data shows that condom sales grow by 10-25% during the Navratri season, particularly in Gujarat and North-Western States. This is not a lot, but enough for condom companies to take notice and capitalize on it. A similar trend is observed in abortions and other contraceptive methods like pills. 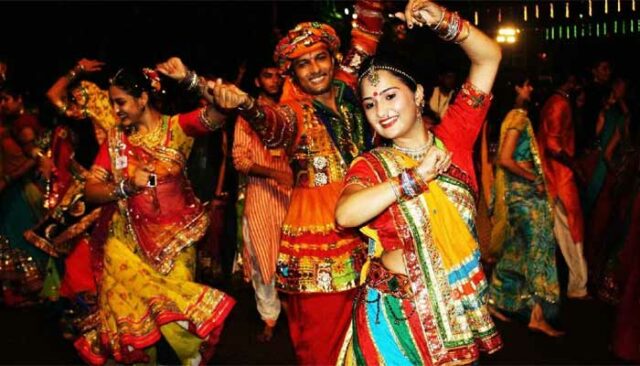 What is driving this behavior? Experts believe that it is probably the only time of the year when young people are granted some freedom from the prying eyes of adults. Otherwise forced to stay in the confines of their homes and stopped from engaging with the other gender, this is a time when the community comes together and they socialize with everyone.

“Young people are excited by the festive mood and as a result, moral barriers are broken. It can also be viewed as an act of defiance against social norms,” said Ahmedabad-based psychiatrist, Dr. Mrugesh Vaishnav.

Read More: Why Are Sportsmen Given 14 Free Condoms In Tokyo Olympics, But Advised Against Using Them

Noticing this yearly trend during Navratri, condom brand Manforce actually featured an ad in 2017 with the tagline “Aa Navratri a ramo, parantu premthi” — Gujarati for ‘This Navratri, play but with love’. The ad featured Sunny Leone, the Brand Ambassador for the company.

However, it was not received well by the Hindu groups, whose religious sentiments got hurt by it. Manforce had to pull the ad down and apologize. 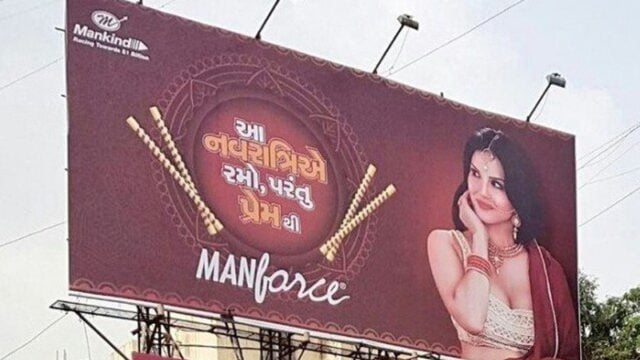 The whole concept of young adults engaging in sex bothers the adults, who find it atrocious to commit this “sin” in the name of festivities. Sex, after all, is a taboo in our country.

But despite the protests, the Gujarat State Federation of Chemists and Druggists Association (GSFCDA) reported a spike of 35% in contraceptive sales that year. The good part is that the people are aware enough to use protection while having sex.

Condom brand Durex also increase marketing during festivals. They aim to remove the stigma surrounding sex rather than selling condoms directly. Sex, after all, is only natural and it is high time that adults also realize that.