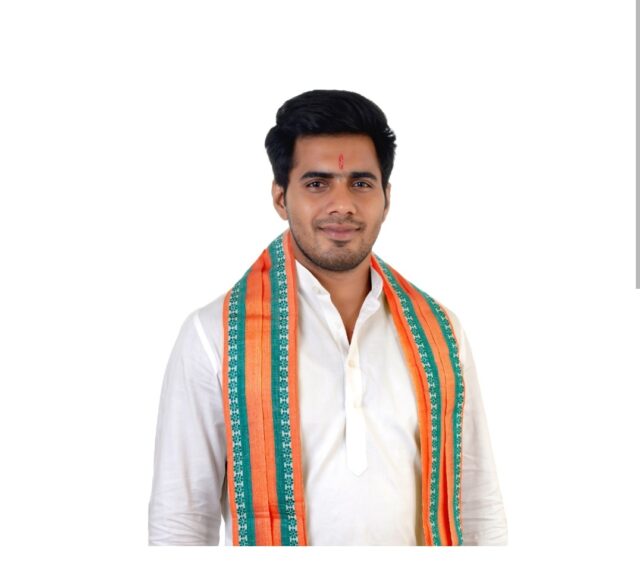 “A strong and responsible person forms a good society and a good society forms a good nation,” taking forward this ideology, Youth Congress State Secretary, Kuldeep Gurjar believes that everyone’s contribution is necessary for social welfare. Kuldeep Gurjar believes that if the vision of a bright society and an advanced country is to be fulfilled, then it is not possible with only one person or party. Everyone’s contribution is necessary to make this dream come true. Kuldeep Gurjar says that every person has a moral obligation to be aware of his responsibilities towards his family as well as towards society.

Kuldeep Gurjar has done many social and religious works during his political career while fulfilling his responsibilities towards society and strengthening the Congress party on the ground level. He has been socially and politically active in his constituency Haryana’s Sohna Vidhan Sabha since 2008.

Kuldeep Gurjar has provided a lot of help for women empowerment and the bright future of the children in his area. He helped in the establishment of an MSME Stitching Center (Silai Kendra) for women and a scholarship and tuition centre for the education of the poor students in the Sohna assembly. Kuldeep Gurjar has also organized free eye check-up, health check-ups and blood donation camps in the Sohana assembly. He also provided free water tankers to the people facing water problem in Sohna Vidhan Sabha.

For the last several years, Kuldeep Gurjar has been providing financial assistance related to the education of poor children in all the government schools of Sohna Vidhan Sabha. In the year 2017, he also organized a mass marriage program (Samuhik Vivah) in which 151 poor girls got married.

Youth Congress State Secretary, Kuldeep Gurjar, while promoting religious and cultural programs, organizes Kanwar camp every year at the Sohana assemble. And every year he also organizes the Holi ceremony in the Sohana Vidhan Sabha, in which young and old people from every section of the society participate in large numbers.

Along with religious, social and cultural responsibilities, Kuldeep Gurjar is also performing his political responsibilities very well and is doing the work of conveying the policies of the Congress party to the people efficiently. Kuldeep Gurjar has always been at the forefront in listening to the problems of the general public and raising his voice against the injustice meted out to them by becoming the voice of the public, he also accused the opposition party of using double-standard policies and harassing the public.