Around the world, there are about millions of people playing their favorite games right now and let’s be real, it’s a major stress-buster!

Winning medals for all the imaginary destruction but where men and women hunch over computers, blowing away imaginary machine guns and missiles, while a humongous crowd roars and cheers throughout. Like the sound of that? This is eSports and now, it’s BIGGER THAN EVER. What is eSports all about?

Professional gaming referred to as eSports is a competitive computer gaming event where seasoned professionals celebrate their gaming prowess. These games aren’t necessarily similar to the sports actually played. The most popular games range from League of Legends to Counter-Strike to Dota 2.

But who watches them?

To the general population, the idea of gaming as a professional sport is completely alien but for die-hard gaming fans eSports makes their hearts sing, while traditional sports can only make it hum.

Okay so it’s just a game, that’s internationally viewed from behind the computer screens?

Oh no no no, that’s not it. Top eSports players like Carlos ‘Ocelote’ Rodriguez are honored lavishly at a global level and can earn above 1 Million Pounds a year and about 200 players make at least $40,000 as professional gamers! (Eye-brow raising much?)

With cut-throat competition, there are more and more people trying to leave their finger prints for a longer period.

They undergo training for 14 hours a day, study strategies and techniques, demonstrate remarkable reflexes, also deal with a lot of pressure and experience jubilant highs and wrecking lows.

eSports has many hurdles on it’s pathway Explain basketball in the simplest of terms and it comes down to “protecting your baby ball and dumping it into the basket.”

For baseball, it’s, “Hit the ball as hard as you can and then run in a circle.”

For table-tennis : “Smack that ball over the net.”

There is no concrete reason to write-off eSports as being a “child’s play” when the most famous and beloved sportspersons of ‘physical sports’ indulge in chasing, throwing and hitting balls of various sizes within the rules and regulations of a ‘sport’.

I’m sure with such a passionate fan base, skilled and dedicated players and a global outreach, the day is not far when eSports will get all the spotlight that it deserves.

Click here to know about more such innovations in technology. 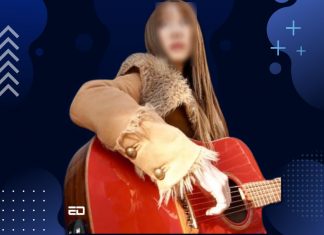