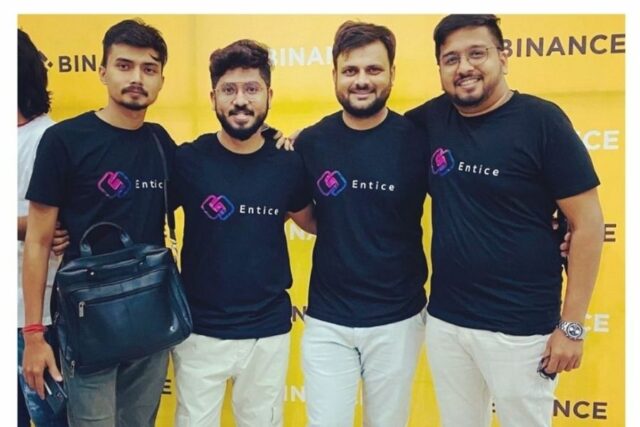 The worldwide economy is necessarily transferring closer to a virtual ecosystem. From investment to money transfer, the whole thing goes paperless. The most up-to-date and most promising addition to the virtual charge zone is cryptocurrency.

Entice Coin (NTIC) co-founded by YaxSheth, Ebrahim Bangdiwala, Anshul Bisht & Kunal Barad had achieved skyrocketing success in FinTech with Blockchain &Cryptocurrency. They together revolutionize the conventional banking methods and convey the concept of Crypto Banking. They believed that with cryptocurrency, the world will revel in online transactions using the generation of cryptography.

Not only that, in the meantime, Entice has grown its crypto community on various platforms like Twitter, Telegram, and various media which helped them reach more audiences.

Entice coin during their first presale had witnessed a massive response which shows the dedication of the co-founders and their service. Most recently they have burned 52,808.77 entice coins and this gives us an idea of how burning events can create massive profit and increase demand for the particular crypto.

Entice coins gained their fame worldwide and were noticed by major Crypto Fame personalities around the globe.

After the huge success of Presale 1, with this positive enthusiasm Entice coin will be having major events in the upcoming months.

They are coming back with their second round of presale which will be starting on May 22nd, 2022 in which they will also be introducing the Affiliate program in which the existing investors of the crypto will be able to invest it. One can also enjoy the free Merchandise Entice will be given as a token of appreciation.

The pricing for the presale will be doubled this time.

Along with that Entice will be coming with another big shot which is for the NFT sale which will commence on June 15th.

For July they’ve planned a revolutionary Beta game launch which will be a crypto-based gaming platform from where one can earn Entice coins for playing.