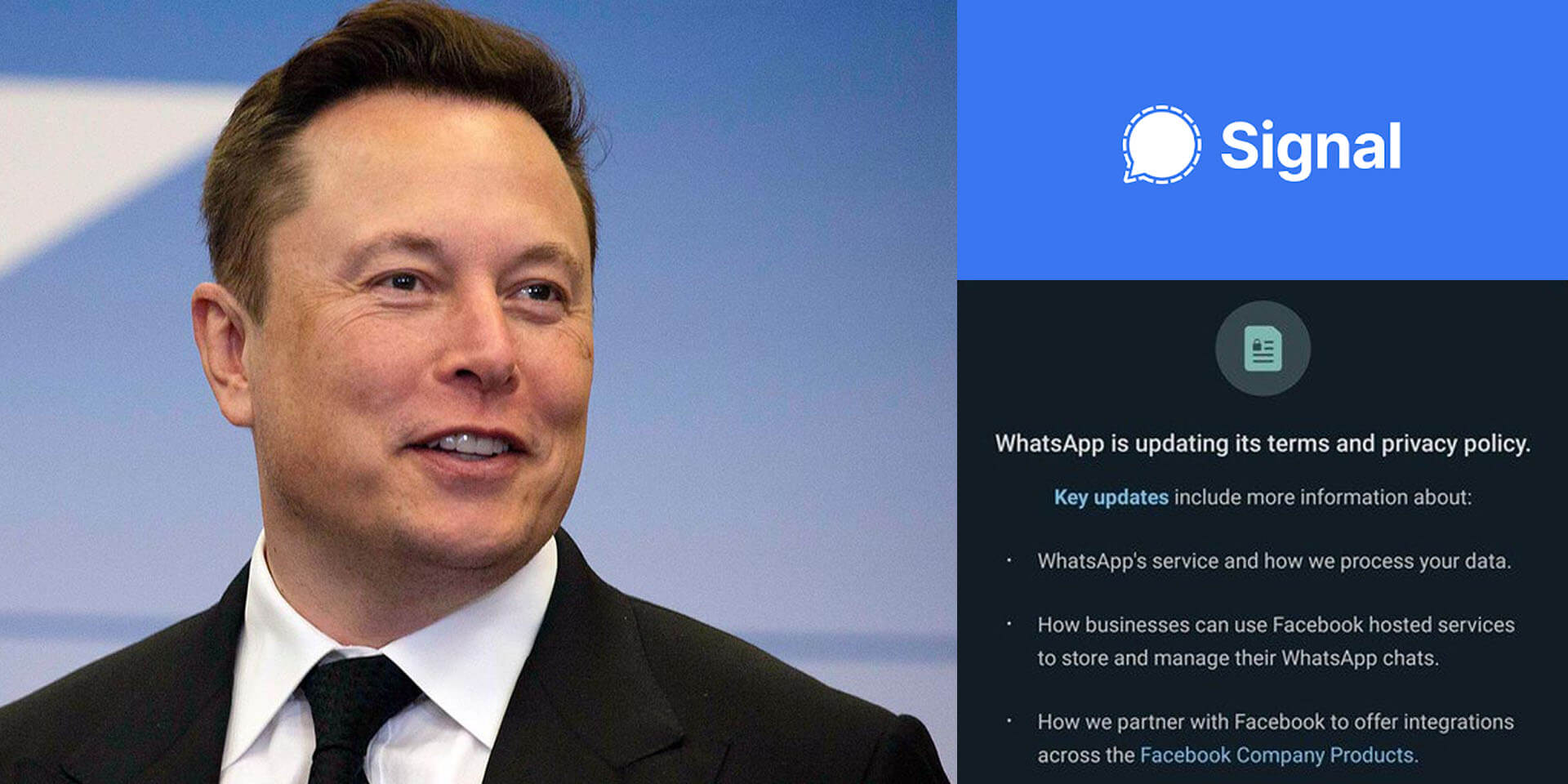 WhatsApp’s new policy changes have certainly pissed off many people. The invasive and data-hungry changes are completely against the original promises made by the app of keeping one’s data safe and not collecting it.

Obviously, once Facebook acquired WhatsApp, many people knew that slowly but eventually WhatsApp would be opening its doors and allow Facebook to get their hands on the data of millions of users it has.

The latest policy and terms of service changes which say that WhatsApp will now be sharing more data of each user with not only parent company Facebook but also other Facebook services are only making people more averse to the app.

Apparently, users can choose to put off accepting the new policies till 8th February, but if they want to continue using their WhatsApp account, they will have to agree or lose access to their account.

In the midst of all this, Elon Musk, the newly minted ‘richest man of the world’, put out an alternative to WhatsApp.

What Is This App Endorsed By Musk?

On 7th January, Musk tweeted this:

The Tesla CEO’s tweet about using Signal eventually led to a wave of people trying to sign up for the app.

To the point that Signal had to put out a post regarding a slow down in verification codes being sent out because of the user signups.

In a tweet, they said that “Verification codes are currently delayed across several providers because so many new people are trying to join Signal right now (we can barely register our excitement). We are working with carriers to resolve this as quickly as possible. Hang in there.”

Interestingly Signal Private Messenger is created by Signal Foundation that was founded by the co-founder of WhatsApp himself, Brian Acton, along with Moxie Marlinspike.

Acton had left WhatsApp once Facebook bought the company as he did not agree with some of the changes being brought about.

The app is built more on being what WhatsApp was during its early years only, offering even higher grade privacy.

Signal is another messaging app just like WhatsApp, Telegram and such that offer the basic messaging services, video and audio calls and all.

The app does boast about being extremely focused on upkeeping the privacy of its users and is often used by security experts, academics, journalists, and privacy researchers from all across the world.

While Signal also has similar end-to-end encryption like WhatsApp, the former is powered with the open-source Signal Protocol while the latter is not.

The app is reportedly available on various operating systems like Android, iOS and more.

As per a report from Gadgets Now, the following data is collected by WhatsApp of its users:

There is also the fact that Signal does not collect its users’ metadata like WhatsApp that upon being shared with law enforcement or government agencies, can be used to track a person, identify them, and more.

Apparently, the only metadata kept by the Signal app is the “date and time a user registered with Signal and the last date of a user’s connectivity to the Signal service”.

Read More: Twitter Wants To Move From WhatsApp To Telegram: Is Telegram Better?

A lot of people agreed with this and suggested Signal as being a good alternative to WhatsApp with better security.

Although there is a lot of talk online with people making posts, memes and jokes about how they are leaving WhatsApp, it still remains to be seen what will happen.

A lot of people online feel that even with all this, many users will still choose to remain on WhatsApp simply because of how popular and commonly used it has become at this point.

Let us know in the comments below if you would make the switch to Signal or stay on WhatsApp only.