HomePoliticsU.S. Elections 2016: Another Clinton vs. Bush Face Off in the Making...
Politics

U.S. Elections 2016: Another Clinton vs. Bush Face Off in the Making ?

A few days ago, the scion of India’s greatest political family, Rahul Gandhi came back home from a sabbatical of 57 days. His return, or as some commentators cheekily term ‘ghar waapsi’ created as many flutters as his sudden disappearance had among the rabid political elite, the media as well as a significant section of curiously intrigued audience. And yet, for all the times many of us go on criticizing the so-called inheritance of power and political dynasties in India, it would seem that most of us are quite inclined to the same, a fact best reflected by how ingrained families like the Gandhis, Yadavs, Reddys and the Thackereys are in the political psyche. Much criticism is also weighed when compared to the USA, a country which shares much historical commonalities with India, which also happens to be the most powerful democracy in the world. And yet, as much as we would like to believe it, American democracy like its Indian counterpart too has its fair share of dynasties with Clinton and Bush leading the way.

Dynastic privilege and the sense of entitlement that has come with it have always provoked a bipolar reaction right from the beginning of the Republic. And while the USA did elect George Washington as its first President; a man who did way with a grandiose title for the Commander in-chief, the country did also elect a father and son, John Adams and John Quincy Adams as its 2nd and 6th presidents. Since then, the U.S has had the Kennedys, Roosevelts and the Rockefellers as the quintessential American political dynasty, its tentacles so to speak, spreading all across the executive, legislative and judicial branch of the United States government.

In the last quarter of a century however, American politics has largely been a fencing match between two of the greatest political families in the modern-day, the Bush clan and the power couple of Bill and Hillary Clinton. In fact, as the Washington Post notes, so entrenched are these two families in presidential politics that Americans under the age of 38 have experienced only one national election — 2012 — in which there has been no Bush or Clinton running for president or vice president. The relationship between the two clans has also been a complicated one — resentful and rivalrous at some points (Clinton’s election year), warm and mutually beneficial at others (Haiti crisis).

It would seem now though, that their love-hate relationship has come full circle with the 2016 presidential election looming large over the horizon. Hillary Rodham Clinton by formally announcing her bid from presidency in 2016 has jumped ahead in the list of frontrunners for the presidency (Although, she’d do better not to get too complacent. That’s what brought her down in 2008). And while no one from the Democrat party has challenged her on the other hand, several from the Republican Party such as Ted Cruz, Rand Paul and Marcus Rubio have already announced Presidential ambitions. And while these are some very high-profile senators to bid for presidency, no one excites the voting public more than the possibility of seeing another Bush-Clinton face-off. The Bush, in this context being Jeb Bush, brother to the 43rd President George W. Bush, and son to the 41st, George H.W. Bush. And it would seem that although all Jeb has done is to ‘explore’ the possibility of a presidential run, he is better prepared for the campaign than his competitors considering he has already racked up impressive donations and funds from his Super PAC.

Now, a Clinton-Bush face-off is only a presumption based on a number of variables. First and most importantly, whether Jeb will take the all-important step to announce his bid for presidency; Secondly, whether he or Clinton or both will emerge victorious in their respective party primaries to emerge as the official party candidate for Presidency is another question altogether. However, the fact that people are raising this issue so early and in fact in some respects, even hoping for it is reflective of how much further democracy in the United States has come since the day Robert Todd Lincoln was opposed presidency in the late 1890’s.

Despite the fact that American independence came at the cost of deposing a monarch, it would seem that the USA does have a peculiarly strong attraction to political dynasties. As Russ Baker who wrote a rather insightful biographical account of the Bush clan says, the United States although it has risen from nothing, is still hung up on status. And although the United States has historically and constitutionally opposed inherited power, its public largely craves royalty. And, it is this royalty that many see in the Kennedys and Clintons, a distraction countering the apathy of most of the voting public.

There is also the fact that the general public often finds comfort in relatively known qualities, which is why a personality trait usually becomes characteristic of a political family. This can therefore be either an advantage or disadvantage to work with. Hillary Clinton for instance, for most of her life was recognized as Bill’s wife or the First Lady. Now that she’s exploring a presidency for herself, all the public and media has is to fall upon the characteristic and personality traits she shares with her husband, the former President who still enjoys high approval ratings. Jeb on the other hand, has his father and his brother to fall back on. And if he were smart, he’ll do well to align himself to his father rather than his brother, a man who still instills low levels of confidence with the American people (Case in point, private sector jobs, 462,000 of which were lost during the Bush Jr. presidency while 21 million were created during the Clinton years).

The time and era for political dynasties is special too, that is it is very rare for two competing political families to exist parallely in different parties, which essentially makes one a deterrence against the other. So naturally, a dynasty in one party cannot accuse another of dynastical politics in another party because one’s position is reliant quite heavily on the same position as the other. Which is why slowly and systematically, both political parties, the Democrats and the Republicans have negated the careful political system of checks and balances, an affront the noble tradition as endowed and carried forward by the very ancestors the Clinton and the Bush clan hold so dear.

And perhaps a simple fault also lies in the very system of election that the U.S so professes. The art and science of U.S Presidential elections tends to favor dynastic influences. More often than not, a long campaign trail allows the well-predisposed candidates with ‘brand’ names to use available resources to increase name recognition and mobilize more voters to reinforce messages over a long period of time. Sure there are exceptions to this rule such as John Kennedy’s victory over Nixon (Then, still relatively unknown when compared to a two-term Vice President), Clinton’s victory over George H.W Bush and Clinton’s defeat to Obama in the primaries, but these were primarily due to anomalies that were or should have been anticipated much earlier.

When George W. Bush ran for Congress in 1978, he often pulled out his birth certificate to show that his middle name was different from his father’s. But the other names were exactly the same, and there was nothing Bush could do about that. “Would you like me to run as Sam Smith?” he asked reporters. “The problem is I can’t abandon my background.” And that is true because despite the many and wary attempts of either a Clinton or a Bush running for the White House, neither can truly get off the ghost of the last Clinton or Bush that was President. A president out of a political dynasty also raises pertinent questions of loyalty and fealty to the country over everything, including the family which is why such a president may either establish fealty to the family, or independence from it (As Bush Jr. tried to do) by either following their elder’s footsteps or stepping away from them. That is therefore, a conundrum indeed for these candidates (More so for Jeb, than for Hillary, I think).

Again, it must be noted that yes, a Clinton-Bush knockout is still mere speculation, a worthy match-up that can be spoiled by a variety of variables across the coming months. But, regardless of its fate, political dynasties and families have indeed ingrained themselves well into the American society. True part of their influence does come from their strong economic prowess, but it also comes directly out of the confidence the voters have bestowed upon them for years. And maybe, in 2016 we may even see a candidate shed the tag of being a part of a dynastical culture. Hillary Clinton for instance, has been First Lady to the President, Senator to the State of New York and most importantly, a four-year Secretary of State to President Obama (Plus, a Grammy award). If those aren’t impressive credentials, then perhaps it’s time the American people changed their outlook as to what they want in their President. 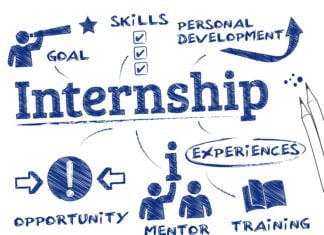 Samyuktha Nair - July 31, 2021
Disclaimer: Originally published in July 2018. It is being republished since it still remains an interesting topic till today.  In this age of high competition...

Watch: 5 Types Of Friends We All Have As Our Social...

How A Chinese Village Abandoned By People Got Taken Over By...