Home ED Originals ED VoxPop: What Does Gen-Z Think About The Rise In Polyamorous Relationships? 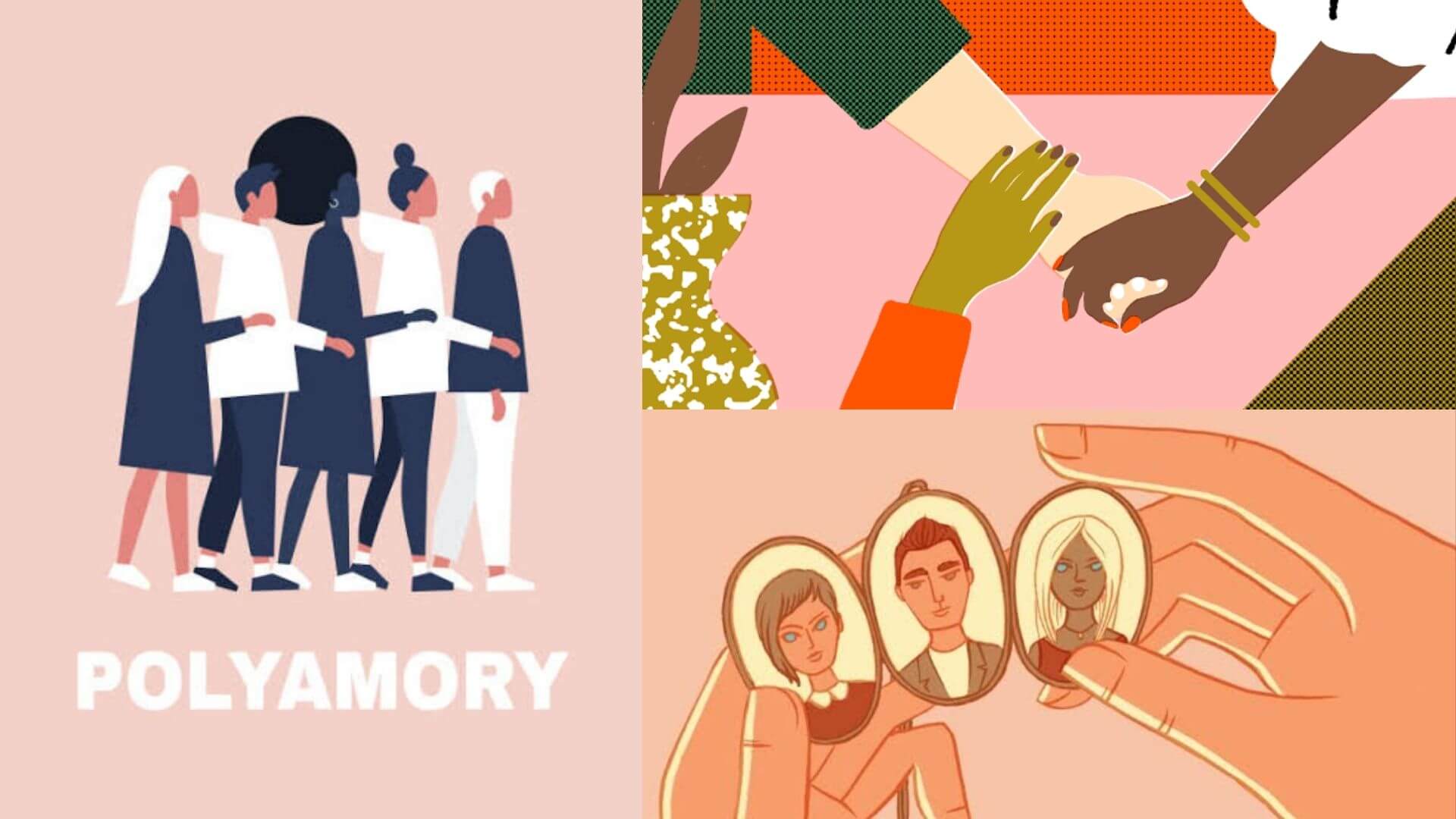 Gen-Z, in particular, has proved itself to be more open to concepts that go beyond the socially sanctioned norms.

Our generation is collectively challenging old traditions and social structures. One such socially prescribed structure is for marriage and relationships called monogamy.

Monogamy has been the norm for a long time now, society has constantly produced and reproduced the idea of monogamy as being the only ideal form of romantic or sexual relationship.

But with a wave of social awareness, sensitivity, and change—new forms of relationships are coming forth and gaining attention and acceptance in society.

One such form of relationship is Polyamory.

Before diving into what Gen-Z has to say about Polyamorous relationships, it is important to know what exactly is it.

When two people are in an intimate relationship with each other at a particular time—it is called a monogamous relationship.

Polyamory, on the other hand, is known as the practice of having an intimate relationship with more than one partner with the informed consent of all parties involved.

Polyamorous relationships are consensual, ethical, and non-monogamous by description.

Polyamory aims at having open and fair relationships between multiple partners. Not all people are comfortable having one partner for life, this concept accepts like-minded individuals who can be attracted to different people at the same time and gives them space for them to achieve satisfaction in their life.

India has seen a rise in the number of polyamorous relationships recently, so we asked some individuals about their opinion, here is what they said: 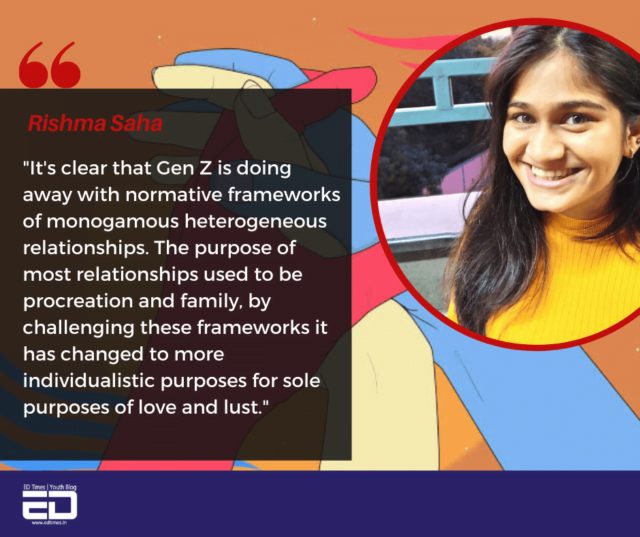 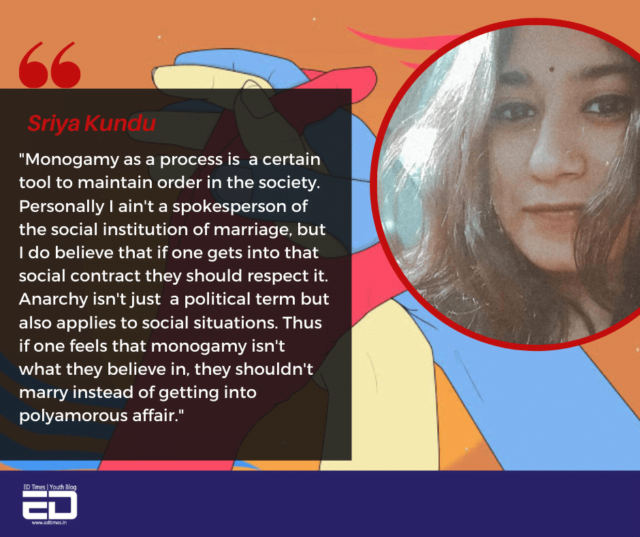 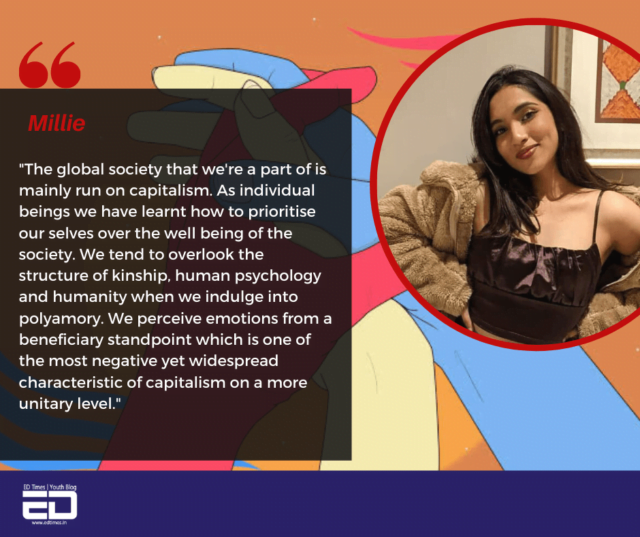 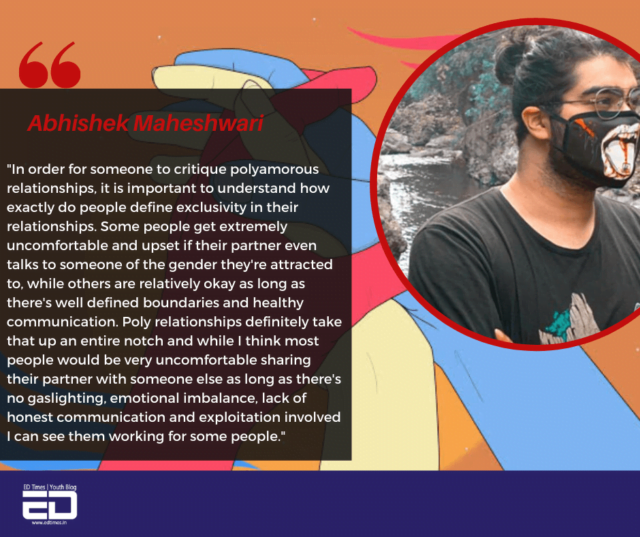 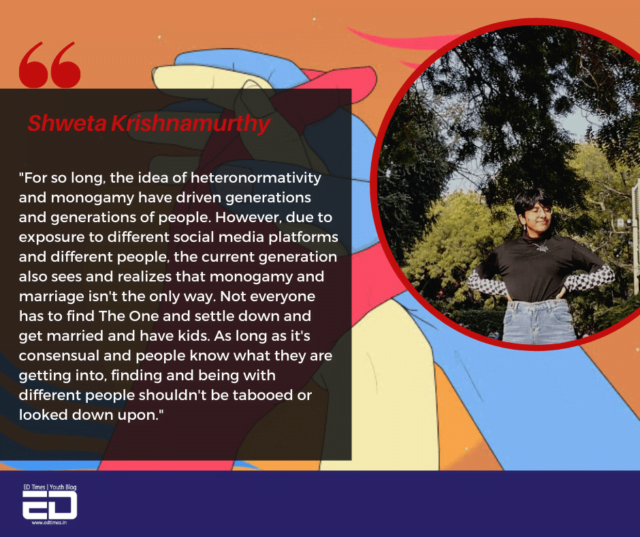 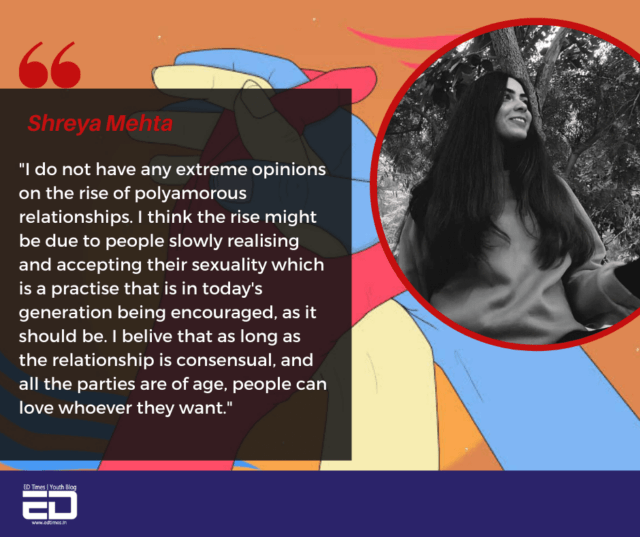 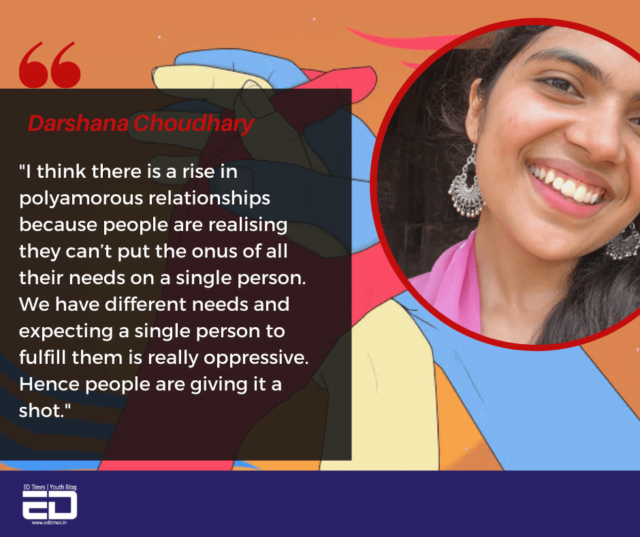 Also Read: Here’s Why There’s An Acute Sense Of Responsibility In Gen-Z As Against Millennials 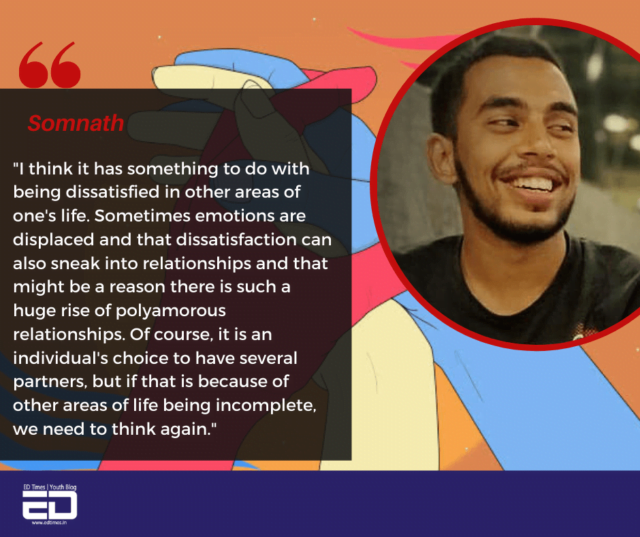 Since polyamory is a relatively new concept, even though such relationships have existed, society is not really clear about its terms and conditions.

There are a lot of myths and misconceptions attached to the idea of polyamorous relationships.

Myth/Misconception #2: People involved in polyamorous relationships are unsatisfied or afraid of commitment

Myth/Misconception #3: Polyamory is just about having multiple sexual partners. Polyamory is based on trust, emotional/physical/mental support, respect, and commitment hence it goes beyond just the sexual aspect.

Myth/Misconception #4: Polyamory is the same as having an open relationship or swinging. Open relationships and swinging are just other forms of non-monogamous consensual relationships but they are different from polyamory as they are primarily about having non-committed sexual encounters outside the committed relationship.

Myth/Misconception #5: Polyamory is the same as Polygamy. Polyamory is a committed relationship that does not necessarily involve marriage between people involved. Polygamy is exclusively about marriage.

There are other social differences between the two as well, historically polygamy has been unfair or nonconsensual. Another difference is that Polygamy is prescribed by some religions.

Being in a Polyamorous doesn’t necessarily between that more than two people are in a relationship together, there are different structures of polyamorous relationships as well.

Some main types identified are:

Non Hierarchical Polyamory: where there is no hierarchy between the relationships. Every relationship is considered equal. No one is a “primary partner”.

Kitchen Table Polyamory: Family-style connection and dependence between people who are part of a network. Doesn’t necessarily involve romance. This type of relationship focuses more on support for resources just like people get resource-based support from a family.

Mono-poly: Where one partner follows polyamory but the other identifies as monogamous.

Solo-poly: One individual has no primary partner or partners. They follow polyamory but are in no serious relationship. Solo-poly is often confused with simply having multiple partners.

Polyamory: Reserving The Right To Love Different People At Once