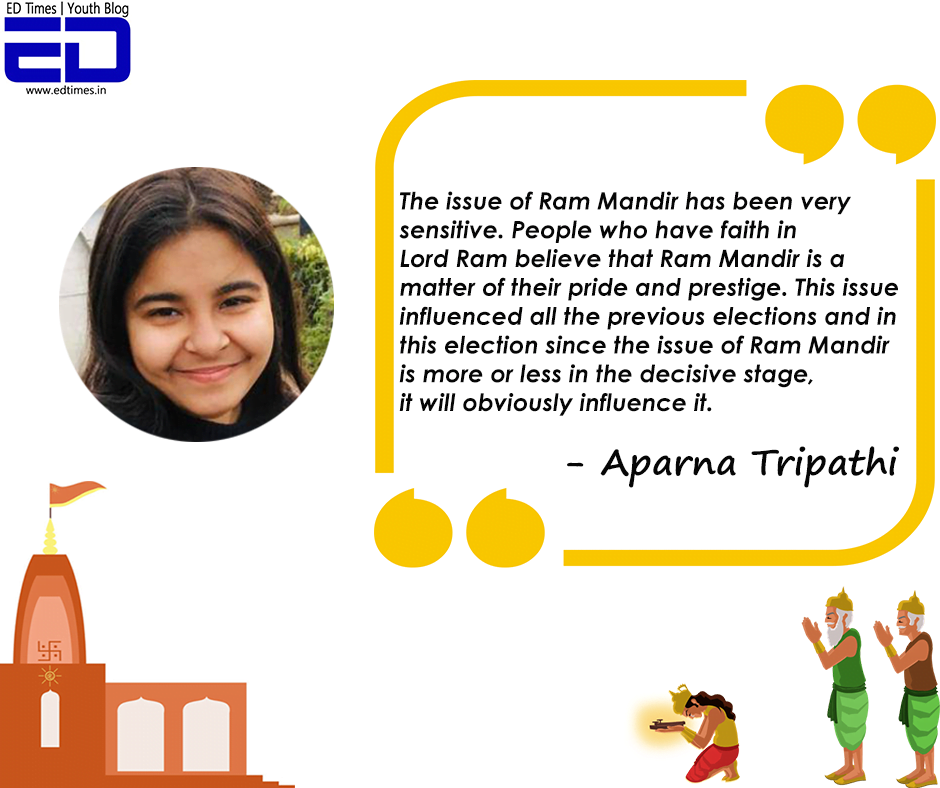 Ram Mandir has not only been an issue of religious importance but also of political interest. The hues and cries for building Ram Mandir aren’t new but the issue got a political tint largely after the Rath Yatra headed by Lal Krishna Advani, leader of the Bhartiya Janata Party.

With the demolition of the disputed structure in Ayodhya city of Uttar Pradesh, BJP emerged as the “Hindutwawadi Party” and captured the vote in the Hindu Heartland.

The promise of building Ram Mandir has, without any doubt, been instrumental in fetching BJP a whopping majority in the General Elections of 2014.

The General Elections of 2019 are knocking at the door and it is believed that the issue of Ram Mandir will affect them.

In this edition of ED VoxPop, we asked the opinion of young voters, mostly first-timers, regarding the political connect between Mandir and elections.