Home Sports ED Remembers The Phenom, The Undertaker: His Best Matches Ever 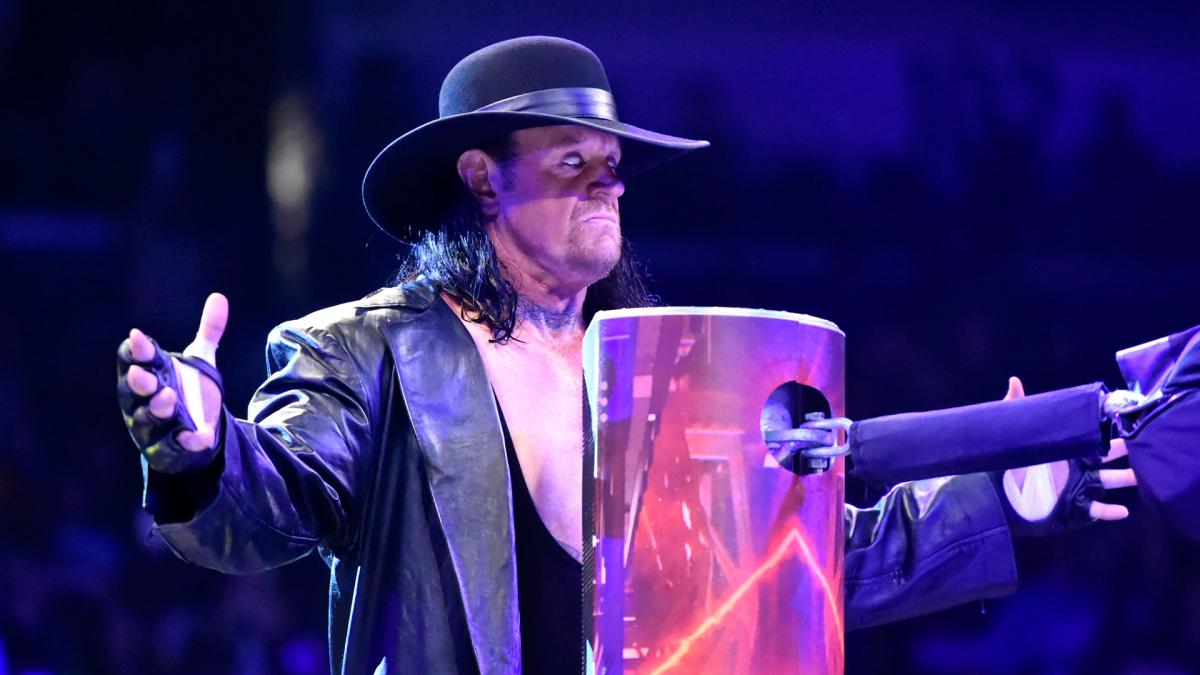 I have been watching WWE and professional wrestling since, I don’t know when. I don’t recall my earliest memory of it. Maybe it’s Austin driving that beer truck and whooping McMahon’s ass. Maybe it is Triple H and Cactus Jack and barbed wire beating each other bloody. Maybe it’s something else.

The one constant however, the one image of my childhood fascination I keep going back to however, is that of The Undertaker riding that Harley down the ramp to the tune of that new, underrated entrance theme. It’s probably been around 16-17 years since then and the Harley and the cool music have long been shelved but, The Undertaker remained. Or rather, until a few days back.

He was and remains the greatest character in the history of professional wrestling, and the fact that all his dark arts voodoo and coming back from the dead antics still inspired awe from everyone is a testament to how good he was. He wasn’t a bad wrestler either. In fact, he was very, very good. Especially during that 2006-2012 run.

Here are just a few of my favourite matches featuring The Undertaker (In no particular order),

This was the height of Biker Undertaker’s in-ring prowess. He walked in as Champion but, he would leave without the prestigious Undisputed WWE Championship belt. However, I don’t begrudge him for losing. For this was, and remains one of the Deadman’s greatest ever performances. I’m not a huge fan of messy Triple Threats but, when you have three of the greatest professional wrestlers of all time in a match, what can go wrong? With finishers and kickouts aplenty and a hot crowd, this was and remains one hell of a match.

This match often gets lost in history because it was on a meaningless pay-per-view just before WrestleMania. Be that as it may, it remains one of my personal favourite matches of all time. Angle and Taker had exceptional chemistry, and this match told an incredible story with amazing ring psychology, fab counters and performances of a lifetime from two veterans of the industry.

A month later, Taker faced Mark Henry at Wrestlemania and Angle faced Mysterio and Orton. Shame Undertaker v Angle didn’t main-event WrestleMania. If it did, it would be arguably the greatest match ever (Yes, as good as Taker v HBK at WM 25). And the Ankle Lock never looked better.

Brock Lesnar. For all of his modern faults including and not limited to an over-reliance on suplexes and ring laziness, Lesnar was one of the best wrestlers and athletes on the WWE roster. People may remain the trilogy of matches Taker had with Lesnar but, this match within Hell In A Cell remains their best match ever. Brutal, with lots of blood, this is how Hell In A Cell is supposed to be. It remains probably the second best Hell In A Cell match of all time too.

Also, Taker has never defeated Lesnar ever. Ever. Not cleanly anyways.

The one match which inspired the 30-odd Hell In A Cell matches that followed it, the first-ever Hell In A Cell remains the best ever. Within the confines of the debuting steel structure and also featuring Shawn Michaels, the greatest WWE performer ever, these two created history and magic. Blood galore, the unique innovations involved in the use of the cell, and the story told be these two performers made this an incredible match.

To quote Chandler Bing, ‘could it be anything else?’ The greatest WrestleMania match of all time (Andre and Hogan can suck it), this match is an exhibition of everything that makes professional wrestling so exciting. Told perfectly, and executed even better, this is a match that has two veterans at their very best.

Michaels and Taker always had incredible chemistry and in-ring psychology and they always told a story when they were in a ring together. Whether it is inside a Hell In A Cell or in the Royal Rumble, Michaels and Taker were always bound to create magic with each other. WrestleMania 25 is the best of their many acts.

And yes, some people prefer their match from Mania 26 and I get it. There was a better story and emotion going into it but, in terms of pure wrestling, this is just a little better.

Plus, who can forget the sight of a 7-foot, 320 pounder Undertaker leaping over the top rope and landing on his head?

Farewell, the prince of darkness. You’ll be missed.

What To Expect When You’re Expecting: WrestleMania 33 Edition