Why Introducing Amar Chitra Katha By ICSE Is The Worst Idea

We all have been brought up in an atmosphere of Amar Chitra Katha since childhood. By now, everyone has comfortably inhabited in those stories. People might celebrate the decision to introduce comics to the syllabus of middle school students, but the very idea of Amar Chitra Katha being taught as a formal part of the ICSE syllabus seems very irksome.

Many have often pointed out the caste sentiments the comic series is replete with. It attends to a certain kind of an audience – an audience that is seldom aware of the history of the nation and is often swept by the nationalistic ideas which mostly rest on caste. Any kind of conditioning in the name of nation is legitimate, even if it affects individual freedom.

The story goes that our dear old Uncle Pai overheard some children having a conversation on Greek gods but had absolutely no idea about the Indian ones. He was then inspired to write and draw what is now Amar Chitra Katha to protect Hindu culture from getting diffused and ultimately forgotten in this new modernizing world.

The Comics Are Patriarchal

Amar Chitra Katha follows the most patriarchal definition of heroism in their comics. The hero is fair-skinned, muscular, always blessed with prowess on battlefield, and it is always his duty is to protect a woman from danger, be it a goddess or a human. The chastity of the heroine always a concern.

Women are so passive! And this makes the comics so repulsive to me. You cannot expect women in them to spearhead their own rescue. In this way, it kind of reiterates the traditional Indian patriarchal mindset – a man knows what is the best for a woman; only a man can protect a woman from any situation. It is the duty of a woman to abide by what has been laid down for her.

Through the stories of gods and goddesses, the entire setup of arranged marriage is justified. There is no escaping at all.

One wonders how Ahalya’s rape by Indra would be represented in the comics. Would it even be depicted as rape? Think about it.

Mainstream version of a story

Mahisasura is worshipped in many places in India. Tarkasura is one of the major gods in Uttarakhand. Where will their stories go? Amar Chitra Katha is wrong to call itself a beacon of hope for Indian culture. There are so many versions of the same story being told throughout the country. When we depict a mainstream version of a story, we reject parallel stories that exist with it, and we all know that a “single story” is a very dangerous tool in the hand of any artist.

Where will the stories of Mahisasura or Tarkasura go, I ask again? Who will tell their stories? Will they always be shown as threats to gods? Who will record their version of the story?

This is the most important case against the comics. In the heart of Amar Chitra Katha lies the revival of Indian culture. But the question is, can this universe of Indian culture ever exist without the caste system? Why are Krishna and Draupadi blue even when the scriptures say that they were “dark-skinned”? We have to ask this again: why is Adi Shankaracharya shown in light skin whereas all the other Namboodiripads are dark-skinned?

Looking at the cartoons, the most obvious thing is, dark colour is only reserved for asuras. Light-skinned are the gods. Sociologists and historians have repeatedly argued that lower castes are always shown inferior, hence the colour difference occurs. As Tannishtha Chatterjee put it brilliantly after the much-covered controversy,

Comics are a tool of disseminating stories, they are. But what we should all be careful about is the kind of information we are disseminating.

The biggest concern that would arise here is – how will these be taught in classrooms? Will the teachers criticize the comics on all these aspects or simply barter this troubled Indian history in the name of preserving Indian values like Amar Chitra Katha has been successfully doing? Are ICSE teachers equipped enough to teach children about such differences? How can they possibly teach issues as complex to 5th-8th graders? How will the students understand? And even if it is being taught from a critical angle, how effectively can teachers hold back their own prejudices?

These are questions that need to be addressed. The introduction of Amar Chitra Katha needs to be questioned because these are very tender minds we will be leaving an imprint on.

Facebook
Twitter
Pinterest
WhatsApp
Previous articleDemonetisation Is Problematic But For Once Can The Opposition Stop With The Political Games?
Next articleSC’s New Ban For Delhi Is A Breath Of Fresh Air, Finally 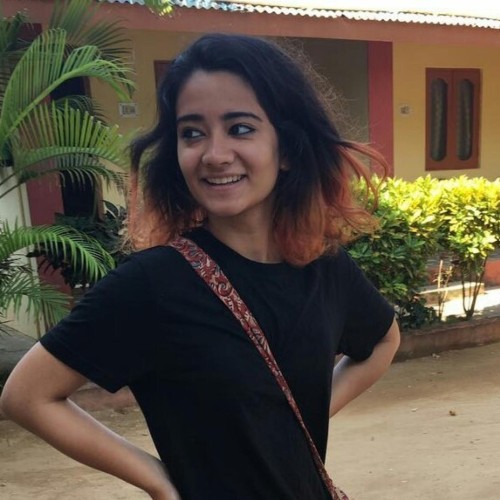