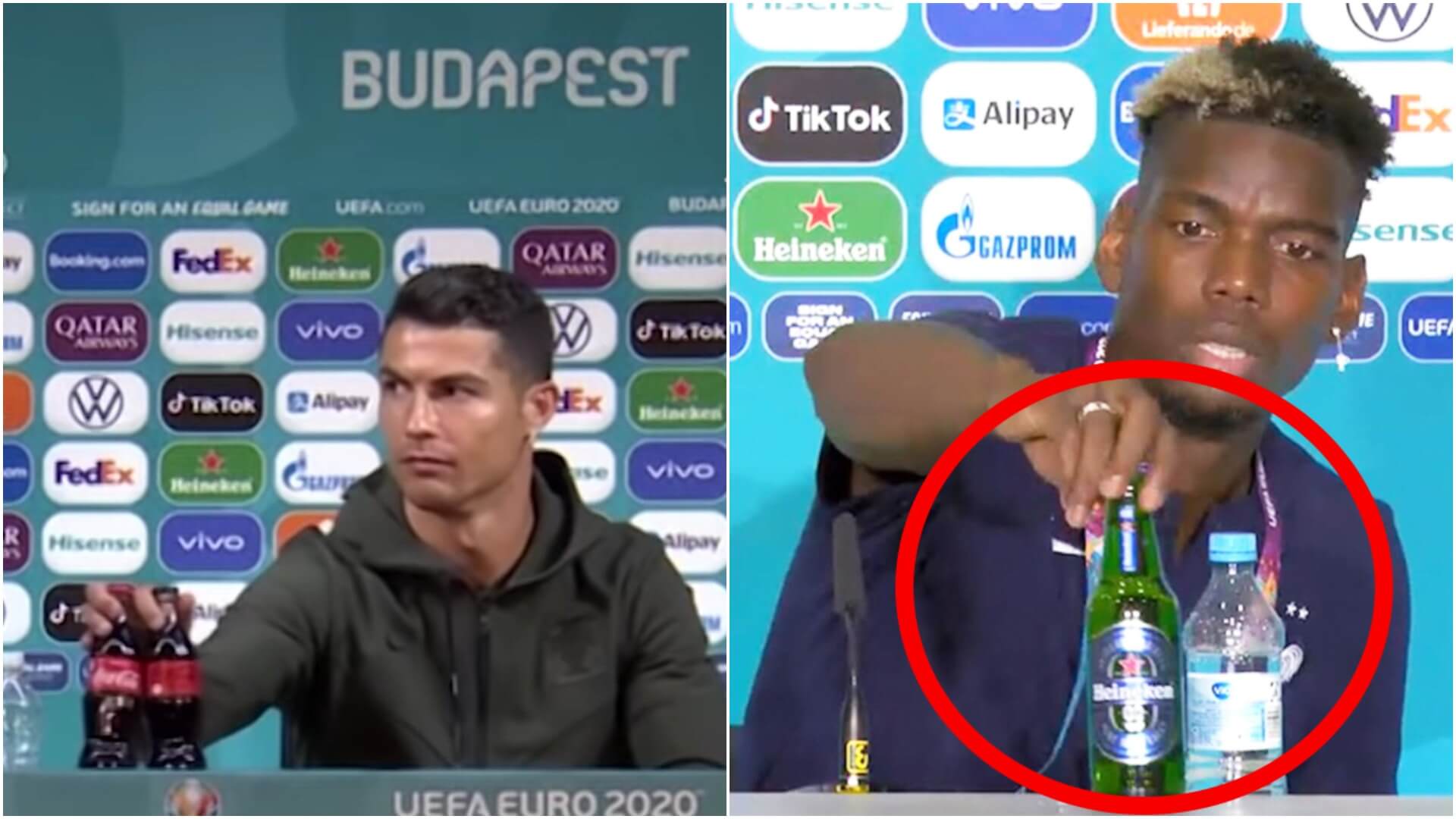 There are few acts that can result in a massive drop in a company’s share prices. Obviously, some financial fraud, criminal activities or socially wrong acts are bound to get a company in a downward spiral.

But how often does this happen just by a celebrity putting down a bottle?

That is exactly what happened though, when yesterday footballer Cristiano Ronaldo while giving a press conference during the European Championship, set aside the two Coca-Cola bottles and raised a water bottle instead.

This act in an interesting turn of events clashed with the brand company seeing a $4 billion drop in their share prices.

What Happened With Ronaldo?

Ronaldo was speaking to the media before the Group F opener against Hungary scheduled for Tuesday.

Right as he was sitting down, he noticed two Coca-Cola bottles and one bottle of water in front of him. Without missing a beat, Ronaldo picked up the two soda bottles and set them aside almost out of the frame. He then held up the water bottle and said “Agua” which means water in Portuguese.

Many took this to mean that Ronaldo was promoting a healthy lifestyle of drinking more water instead of seemingly unhealthy carbonated soft drinks.

Soon after this though, the beverage brand saw its shares go down 1.6% effectively making the company’s market capitalization lose out on $4 billion.

UEFA, the governing body for European soccer commented on Ronaldo’s stunt that “Coca-Cola offers a range of drinks to suit different tastes and needs, which are available to players throughout the tournament. This includes waters, isotonic sports drinks, and juices, coffee and tea, as well as Coca-Cola.”

The video to this immediately went viral especially since Coca-Cola is one of the official sponsors of Euro 2020 and thus this was seen as a major snub to the company itself.

Soon after Ronaldo’s stunt, news came out of footballer Paul Pogba also removing a bottle of Heineken beer from his table.

Paul Pogba – a devout Muslim – removes a bottle of Heineken beer from the press table after France's win over Germany. #Euro2020 pic.twitter.com/amMXov8ivi

Paul Pogba, the known France midfielder during a press conference for Euro 2020 on Tuesday also removed a bottle of Heineken.

Pogba was speaking to the media after he was titled as the Man of The Match in France’s 1-0 Group F win over Germany when he did this.

For Pogba the reasoning that many seem to be giving is that he is a practicing Muslim and in the religion, one is not allowed to drink alcohol.

Ronaldo’s actions and what it resulted in led to a lot of jokes and memes going viral.

It is interesting to see the opposing reactions that Ronaldo and Pogba are getting and what was given to tennis player Naomi Osaka when she decided not to give post-match media interviews.

Where Ronaldo and Pogba are being labelled as ‘GOAT people’ and how they ‘burned’ the soft-drink brand or how they are the real people who are standing up for the right thing, Osaka on the other hand saw very different reaction.

Even her reasoning that it was due to her mental health and how much toxicity she felt in those post-match interviews were brushed under the rug.

Sports experts, players and common people on social media said how this was unfair to the sponsors and against the rules of the game that all sports players agree to.

However, where was this reaction when Ronaldo and Pogba are clearly affecting the sponsors to a sports events.

Some people even pointed out this same thought on social media.

Piers Morgan was also called out for his double standards in this case where he applauded Ronaldo for his actions while he insulted Naomi Osaka so much for her decision.

Let us know in the comments below what you think about this whole situation.

Who Is Naomi Osaka, Is It Right To Call Her Arrogant And Compare Her With Meghan Markle?