Demystifying An Orgasm: Why Do Men Have It Easy?

It’s unfortunate to witness that orgasm is still considered a taboo subject in India, the birthplace of KamaSutra. In fact, it is still a mystery to every 2 out of 3 women in the country.

How old were you when you came to know about orgasm and what was the source of your knowledge? For an average Indian teenager anything about sex education has to come from Google (which is like digging gold from a heap of garbage) or friends.

None of which is a reliable source of complete knowledge. Schools, parents and books never broach the topic!

“The climax of sexual excitement, characterized by intensely pleasurable feelings centred in the genitals and (in men) experienced as an accompaniment to ejaculation.” That is how Oxford dictionary defines an orgasm.

Orgasm is controlled by that part of nervous system that deals with the things that we don’t consciously control-digestion, heart rate and sexual arousal.  Like we cannot decide when our stomach should digest, similarly, we cannot orgasm.

An orgasm reflex can be triggered by a surprisingly broad range of input.

While genital stimulation is a main factor, it does not have to be the only method.

The most curious case of orgasm reported till date is of a woman who had an orgasm every time she brushed her teeth! Something in the action of brushing teeth was triggering an orgasm. Some very lucky women can even think themselves to orgasm. Even dead women can orgasm

Spinal cord can work independently without brain.In an experiment, when heart cadavers (read brain dead fellow) is hit at the right spot of their spinal cord, it can cause an orgasmic sensation.

So yes, dead people can be given an orgasm too!

Along with all the pleasure, orgasms come with an additional offer of curing your hiccups (no kidding!)

Back in 1999, there was a man in Israel who began hiccupping. And this was one of those cases that went on and on. When nothing worked sex came to his rescue. One fine day when he had sex with his wife, the hiccups went away.

Men, pay attention to this one!

According to studies, sperms that sit around in the body for a week or more start to develop abnormalities. These abnormalities make them less effective in head-banging their way to the egg. This is the reason why men evolved to be such frequent masturbators. Men just found an evolutionary excuse. Orgasm increases fertility, not just in humans but animals too!

Many doctors recommend orgasm to increase fertility among women. Orgasm instill feelings of euphoria and pleasure which reduce stress, depression and anxiety levels, thus boosting the immune system of women which leads to healthier pregnancy.

Technically, Orgasms feel similar for men and women. The two body parts primarily involved in orgasms, the penis (in men) and clitoris (in women), are homologous, meaning they both originate from the same tissue in the developing embryo.

Why women find it harder to orgasm than men?

Almost 36% of women rarely or never reach orgasm. Men have three orgasms for every one a woman has. This is called the “orgasm gap”.

Unlike men, who have orgasm to spread their seed, female orgasm isn’t a prerequisite for pregnancy. Though there are evolutionary and biological reasons to orgasm gap, societal reasons add on to it too.

It goes without saying how men and women are brought up differently. Women are told sex is a negative experience with terrible consequences like unintended pregnancy. This inculcate fear and anxiety depriving women of experiencing orgasm.

Thus it is safe to say that though having an orgasm is a bodily feature it is the least talked about and explored area and we need to change it. 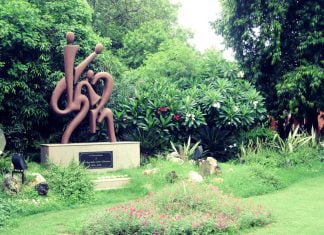 Janhavi Sharma - January 27, 2022
LSR or Lady Shri Ram College For Women is not accustomed to the hustle and bustle of North Campus, being away from it. It doesn’t...

The Worst Things You Can Say To Someone Who Is Battling...

Why I Judge People Who Talk Rudely To Waiters (And Other...