Massive anti-Hindu violence has been ongoing in neighboring Bangladesh for the past three days. The Muslim rioters have been attacking Durga Puja pandals across the country.

Some Hindu temples in Bangladesh were vandalized by unidentified Muslim bigots during Durga Puja celebrations, prompting the government to deploy paramilitary forces in 22 districts after four people were killed and many others were injured in riots, according to media reports on Thursday, October 14, 2021.

Why Are They Being Persecuted?

The religious partition of India had a long-lasting impact on intercommunal relations in the newly independent states.

“Because of the British strategies of categorization and enumeration, notions of majority and minority became equated with dominance and disenfranchisement,” says MinorityRights. 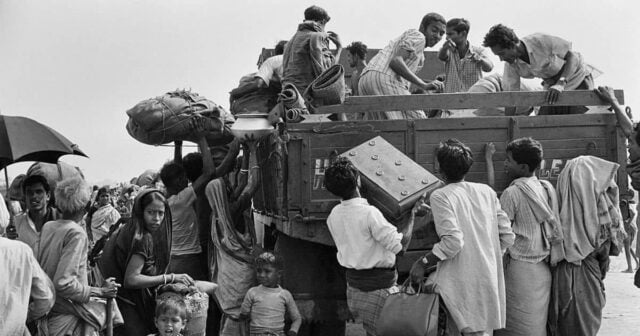 From 1947 to 1970, there was widespread uproar in both Pakistan and Bangladesh, primarily due to the Pakistani government’s refusal to recognize Bengali as an official language of united Pakistan and their insistence on Urdu as the country’s official language. This caused a major divide between Urdu and Bengali speakers, culminating in the (Bengali) Language Movement.

Despite the promise of independence in 1971 and the adoption of a secularist Constitution the following year, an increasingly restrictive religious nationalism has treated Bangladesh’s minorities as second-class citizens within their own country in the years since.

The History Of Violence Against Minorities

While the roots of religious discrimination can be traced back to colonialism and the bitter legacy of Partition, minorities in Bangladesh have been marginalized since independence.

The broader regional context in South Asia, including the treatment of India’s Muslim minorities, remains a source of concern. For example, the destruction of the Babri Masjid mosque in India in 1992 resulted in widespread rioting in Bangladesh, looting of Hindu shops and businesses, targeted sexual violence, and the deaths of at least ten people. 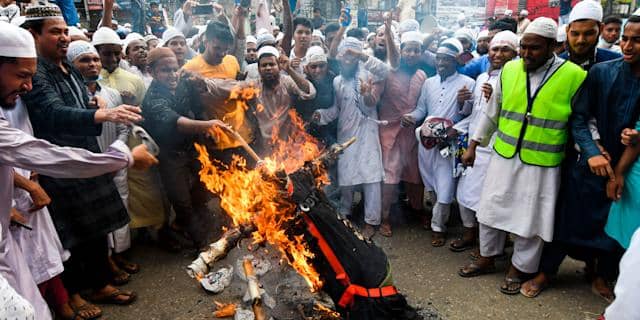 Simultaneously, ongoing political developments – most notably, the death sentences passed on a number of high-ranking members of the organization Jamaat-e-Islami for war crimes committed during the 1971 War of Independence, many of which were directed specifically at Hindu communities – have served to deepen social divisions, with minorities frequently bearing the brunt of the ensuing violence because they are assumed to be AL sympathizers.

Extremist organizations like the AlQaeda-inspired Ansarullah Bangla Team and Al-Qaeda in the Indian Subcontinent have also established or strengthened their presence in Bangladesh since 2013. This progression has been accompanied by a wave of, particularly heinous attacks.

Hindus, Christians, Buddhists, Ahmadis are among those targeted. Muslims, as well as a number of other groups, including atheists, LGBT (lesbian, gay, bisexual, and transgender) activists, and organizations foreigners.

The Prolonged Violence Faced By The Hindu Community

Over the years, there have been numerous attacks on Hindu temples and homes. The Vested Property Act evicted many members of the Hindu community from their land.

Despite the fact that the Act was repealed in 2000, its implementation remains in limbo. Hindu temples have been ransacked, villages have been destroyed, and scores of Hindu women have been raped and injured. Hindu oppression has been a constant feature of Bangladesh’s history, both during its time as East Pakistan and since independence.

During the Bangladesh Liberation War, they were particularly targeted because many Pakistanis blamed them for the secession, resulting in targeted executions, rape, and other human rights violations against Hindu communities.

Within the Hindu community, the Dalit population is especially marginalized and discriminated against, not only by the majority population but also by more affluent, higher-caste Hindus, who may exclude them from certain rituals and shared spaces such as temples, restaurants, and markets.

They face widespread poverty, social exclusion, and food insecurity because they are isolated in remote rural settlements or segregated in poorly serviced urban ‘colonies.’ They have been subjected to land grabbing, violence, and forced conversion, in addition to being excluded from many areas of employment. 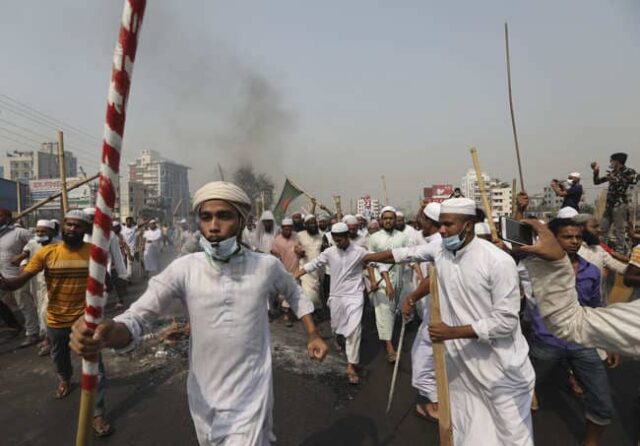 Though better protection of minorities by law enforcement and judicial authorities is critical – especially given that many previous cases of abuse appear to have occurred with their involvement – a broader process of social transformation is also required, with authorities investing more efforts to challenge stereotypes and champion respect for all beliefs.

This necessitates fostering rather than repressing freedoms, while also ensuring the fundamental right to religious expression – a right that, in the current context of Bangladesh, is increasingly under threat.

Is Bangladesh’s Economy Doing Better Than India Even During COVID?