Just a day before Pakistan and India’s Prime Ministers met each other on the margins of the UN General Assembly in New York, a Pakistani TV talk show host claimed that Nawaz Sharif had described Dr. Manmohan Singh as a “dehati aurat”. Though now, the talk show host has withdrawn his remarks, and Sharif has tried to end the controversy by saying that he never called his Indian counterpart a dehati aurat, the damage had been done. From the twitter outburst against the Pakistani Prime Minister to Narendra Modi lashing out at Sharif and Rahul Gandhi for humiliating Singh, it was all over; the ‘dehati aurat’.

The feminist groups were quick to defend the dehati aurat. They remarked that it’s the dehati aurat that contributes greatly to the economy, by single handedly managing her household. She works day and night to keep her family happy and sufficient. She is an object of beauty, not that of an insult. They demanded an apology from Narendra Modi, who politicised the entire issue, and in their view, was the one who actually insulted a dehati aurat.

Those who disagreed with the feminist groups, argued that a dog is man’s best friend, is extremely loyal and a friendly beast. There is no reason as to why the word dog should be seen as an insult, but still, the word is. Same is the case with the word dehati aurat. The intention was to insult our Prime Minister. It was meant to be derogatory. They also asked those who are demanding an apology from Narendra Modi as to whether they would liked to be called a dehati aurat themselves? So where was Narendra Modi wrong?

The entire issue, which started from the loss of self respect of the Indian Prime Minister was shortly reverted to Narendra Modi and his attempts to disregard the ‘dehati aurat’ of our beloved country, the country he wishes to rule someday.  The true essence of the issue, as to the reason due to which Singh was allegedly called something like that was missed, and still hasn’t caught the eyes of many. The entire issue took place when Sharif was reported to be unhappy about India complaining to USA about Pakistan, regarding certain issues. It is said that Sharif told a tale about a dispute among two villagers, one of them a woman, and how a dispute should be solved. The underlying moral of the tale was that third parties should not be allowed to interfere.

But the issue, as to why it becomes necessary for India to complain to Pakistan’s one of the foremost allies, and why the dialogue between India and Pakistan falls apart, is still struggling hard to come to the notice of the people. Or maybe, the issue has been there all around, finds no solution to it, gets bored of sitting around and finds new muses in the politicians allegedly calling each other names. The LOC , Kashmir, terror attacks, IM; these are just a few hindrances to begin with, whenever the communication between the two nations sees a new beginning. The talks fall apart, and we go back to square one.

So, is the furore really about Dehati aurat, and demeaning our respected Prime Minister, or is there more to it? From the self respect of a dehati aurat, and apology demands from Narendra Modi, there is certainly an aspect of the situation that has been missed, and maybe is still waiting to be addressed. 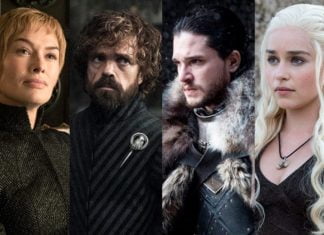 Janhavi Sharma - May 26, 2022
Breakfast Babble: ED’s own little space on the interwebs where we gather to discuss ideas and get pumped up for the day. We judge things...