The fact of the matter is that Iran in 2003 was discovered by spy networks to have secretively maintained uranium enrichment and reprocessing activities for development of nuclear grade weapons thus, side stepping the Nuclear Non- Proliferation Treaty (NPT) to which it was a committed member as a non-nuclear State. It thus invited the wrath of United Nations Security Council (UNSC), IAEA (International Atomic Energy Agency) and many other powerful nation states including the US and the European Union. Investigations and negotiations at the world level from 2002 to the present day 2015 had resulted in numerous stalemates as Iran had failed to convince the IAEA that its nuclear infrastructure is for purely peaceful, civilian purposes.

On April 2, 2015, a landmark agreement was achieved in Lausanne, Switzerland between P5+1 group of powers – the US, UK, France, Russia, China and Germany and Iran. The achievement of the agreement as of now is that the world will see to the fact that Iran won’t have the capacity to make a bomb in under a year if it decided to – the so-called “break-out” time.

Economic Sanctions- What Do They Mean?

UN sanction on Iran aimed to prevent any resource allocation to defence, energy and financial sector and cripple its economy, thus pressurizing Iran to succumb to putting off its nuclear armamnent programme. The four rounds of UN sanctions included:

The EU and countries such as Japan, South Korea also imposed its own sanctions, among them:

Nearly 12 years of restricted trade has taken a heavy toll on Iran’s economy. The Iranian people have tried to put on a brave face by giving rise to a “resistance economy ” a term used replacing imports with domestic goods and banning luxury imports.

Many Countries have nuclear weapons, how is Iran different?

Well, many countries such as India and Pakistan have nuclear reactors, how is Iran any different then? Why is such hype created over Iran’s enrichment process?

The answer to that is that Iran hid a clandestine uranium enrichment programme for 18 years, in breach of the Non- Proliferation Treaty (NPT). For the uninitiated, NPT is an international treaty whose objective is to prevent the spread of nuclear weapons and weapons technology and aims to achieve general and complete disarmament. It recognizes five states as nuclear weapons states who are the permamnent members of UN Security Council.

Also, it is a widely understood fact that a nuclear bomb in the politically unstable region of Middle East will spark an arms race and may also prove to be fatal for the entire world if it comes in the hands of a fanatic autocratic regime such as Al-Qaeda or ISIS.

What happens if the negotiation fails?

Failure is definitely not an option for the world as far as negotiations are concerned. Failure to reach an agreement if worse comes to worse would lead Iran to follow the example of North Korea, leading to seclusion and an adamant resolve to continue making a nuclear bomb.

A military action as threatened by many Americans will prove to be a recipe for another long drawn out Middle East disaster as Obama very well understands. As the U.S. is the globe’s greatest military power with the most sophisticated nuclear arsenal and finest conventional force, Tehran is unlikely to attack America.

Iran would cease to exist.

How it affects India?

Lifting off sanctions will definitely have a positive effect on India. India will be able to maintain a closer bilateral ties with Iran and will not have to scourge for suppliers to satisfy its oil demand. Petrol prices are also expected to fall in the near future if sanctions are lifted.

Indeed, there is already news that two Indian energy corporations, Essar Oil and Mangalore Refinery and Petrochemicals, plan to import oil from Iran this month.

Prime Minister Modi has also accepted the invite of Iranian government to visit the Islamic Republic of Iran as told to reporters by Gholamreza Ansari , Iran’s Ambassador to India on April 13, 2015 though the dates of the visit has not been finalized yet.

The details of the deal will be hammered out in the months to come by, it must be understood that it isn’t yet a complete deal. It is only a framework on which both the sides have agreed.

Honestly, the world needs Iran’s cooperation in handling the tons of other problems that the Middle East faces. A more prosperous Iran would naturally have more regional influence, but there are important areas for West-Iran cooperation. The two governments could work together in Afghanistan and anti-piracy operations. Iran is a de facto ally against the Islamic State (and before that against both al-Qaeda and the Taliban).

The framework deal does not mean the crisis is over by a long shot. The P5+1 and Iran must now agree on all technical details by the end of June. As of now, it’s a diplomatic win-win.

Facebook
Twitter
Pinterest
WhatsApp
Previous articleIPL 2015: The Great Indian Rebound
Next articleMichael Kors just lost its status as one of the coolest brands in the industry. Do you care? What is your alternative go-to brand? 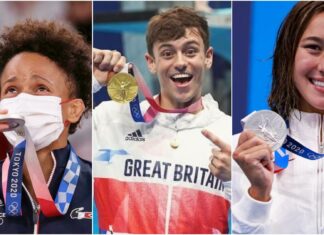