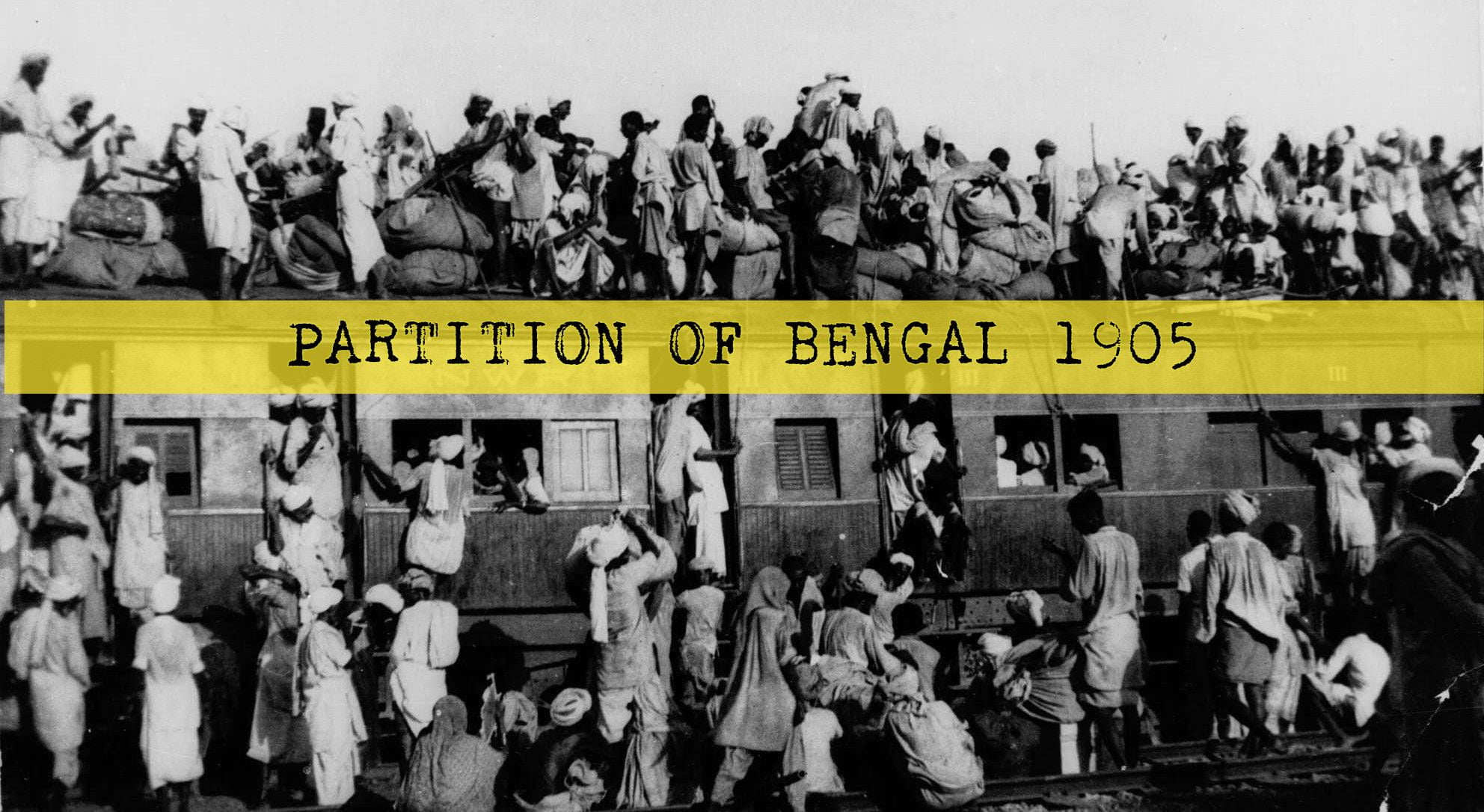 In October 1905, Bengal was divided into three provinces, and the official reason provided by the British Raj was that the Bengal Presidency was too big to govern well. When Curzon became Viceroy of India on July 19, 1905, he believed that Britain would only be able to rule the region properly by dividing Bengal, as he had learnt from his experience as governor general that, “Bengal united is a power; Bengal divided will pull in several different ways”. Curzon had a strong determination to stem the rising tide of nationalism. He sought to curb the growing nationalistic and patriotic spirit through various measures; the partition of Bengal being the most unpopular one.

The partition was implemented as an administrative preference. It split the province between West Bengal, with Hindu majority, and the East, where the majority was Muslim.

Around the partition, an organised national movement began to be formed against the British, which raised a great political storm in India, thereby resulting in a country-wide agitation. The partition not only brought the Indian National Congress unequivocally into politics, but it also brought the division between moderates and extremists inside Congress, into the limelight. And, obviously, the partition led to the movement of The Anti-Partition Movement which subsequently gave rise to terrorist activities in Bengal and Maharashtra.

As the Anti-Partition Movement surfaced, leaders of Bengal toured the country urging the boycott of British goods, aimed at creating economic pressure on England. And not only British goods but everything British including institutions were boycotted. From this, the movement soon turned to the path of Swadeshi, which subsequently became an inseparable tool to the freedom movement under Gandhi. ALSO READ: QuoraED: What Do Pakistani Youth Think About India?

Lastly, the British endeavour to divide the population on communal lines helped prop up the Muslim leaders as a counter to the Congress; giving rise to the foundation of Muslim League in 1906. This development was to influence the fate of the nation in times ahead. Inspite of the rollback of partition in 1911, in face of protests, both by Hindus and Muslims, the disagreements between the two communities, remained.

Predominant voices across the communities supported and worked for Hindu Muslim unity, keeping the rising tensions somewhat controlled. Yet the psychological separation, which started with the 1905 partition, seemed to broaden. Curzon has earned a notorious fame in the Indian history for ushering in the ever-widening communal fissures and as to how those in power could exploit the same to advantage. The partition was, therefore, a politically motivated affair on part of the British to break the backbone of the emerging national freedom movement in India with Bengal at its hub. The period witnessed the smart execution of ‘seeding the communal divide’ principle; the reflections of which are mirrored in present society.

Modern Day Implications of the Partition

The partition of Bengal in 1905 subsequently served as the basis of formation of East Pakistan or what today is known as the country of Bangladesh. A partition that started in 1905 became deeper in 1947 and 1971 resulting in the formation of three countries with immense hate for each other.

Partition of Bengal in 1905 and then the partition of India in 1947 was the last and the hardest blow from the British which India has yet to recover from. Furthermore, where many members of both communities, namely, Hindu and Muslim, had before advocated for national solidarity of all Bengalis, after partition, they could not stop the formation and development of the distinctive communities coupled with their own political agendas.

The partition has also left a significant impact on the people of Bengal as well as those belonging to the Indian subcontinent. Partition triggered riots and an unavoidable and colossal wave of migration, resulting in hundreds and thousands of people moving to what they hoped would be the “safer territory”. Essentially, as of today, hundreds of people are displaced because they had to move away from their homes and detach themselves from their roots in order to survive.

It has also served to bring about a certain sense of political awareness amongst the Muslims of East Bengal. But the most significant impact that the partition has left behind is the communal dissonance between the Hindus and Muslims of Bengal.

Food Drishti Shroff - July 3, 2022
No Indian dinner is complete without spice, especially if it doesn't leave a drooling need for more spice.  Spices are so intertwined with Indian history...