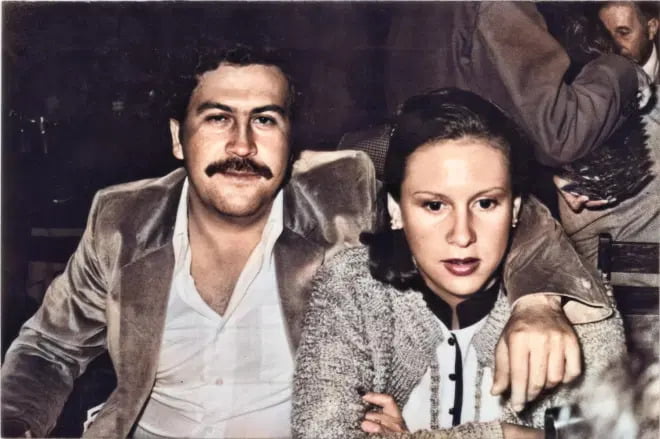 Maria Victoria Henao claims that she met the “love of her life” when she was 12 years old. She called the 23-year-old man “affectionate,” “kind,” and “a gentleman,” qualities that most people wouldn’t associate with the iconic drug lord Pablo Escobar.

Despite this, the young Henao married the much older Escobar in 1976, only a few years later. She was determined to be with her “Prince Charming” despite their stunning age gap and her family’s opposition.

Henao once said, “He was a fantastic lover.” “I was smitten by his desire to serve others and his compassion for their plight. We’d drive to places where he wanted to build poor-schools.”

Henao remained with Escobar until his assassination in 1993. But their story was difficult, especially since she wasn’t keen on being his accomplice in crime. Henao had grown to despise just about everything in her husband’s life at the end – the drug trafficking, the violence, and, most notably, his numerous affairs with numerous women.

Maria Victoria Henao, who was born in Palmira, Colombia in 1961, met her future husband Pablo Escobar at a young age. Her parents were against the couple’s relationship from the start. They were suspicious of Escobar, a watchman’s son who zipped through their area on his Vespa.

Henao, on the other hand, was certain she had fallen in love. In her memoir, Mrs Escobar: My Life with Pablo, she claimed, “I met Pablo when I was barely 12 years old and he was 23.” “He was my first and only love,” says the narrator.

Henao claims that her future spouse worked very hard to seduce her. He gave her gifts, such as a yellow bicycle, and sang romantic melodies to her.

Their early courtship, however, was far from idyllic. Henao subsequently revealed that when her much older boyfriend kissed her, he left her “paralysed with dread.”

She later admitted, “I was not prepared.” “I lacked the necessary tools to comprehend what that close and intense interaction entailed.” Henao became pregnant at the age of 14 when their relationship became sexual.

She was too young and inexperienced to understand what was going on. Escobar, on the other hand, was fully aware of the situation and soon drove his future wife to a back-alley abortion clinic. A woman there lied to Henao about the operation, claiming that it would help her avoid future pregnancies.

Maria Victoia Henao chose to marry Pablo Escobar just a year later, in 1976, despite the anguish of the forced abortion.

“It was a night of unforgettable love that remains tattooed on my skin as one of the happiest moments of my life,” she said of their wedding night. “I wanted time to stand still, for the intimacy we were enjoying to last forever.”

Also Read: Pablo Escobar: King of Cocaine is The Man Behind the Moustache

Pablo Escobar had moved on from the little crimes of his childhood by the time Maria Victoria Henao married him. He was only getting started with his drug enterprise. As the boss of the Medellin Cartel, he was responsible for 80 per cent of the cocaine transported to the United States a decade later.

Henao, on the other hand, stood calmly by his side. She later stated, “I grew up being moulded by Pablo to be his wife and mother of his children, not to ask questions or dispute his choices, to look the other way.”

Henao claims that her spouse didn’t tell her what he did for a livelihood for the first few years of their marriage. But, of course, she soon discovered that he was abroad on “business” for lengthy periods of time and that he was swiftly amassing an unusually huge sum of money.

In private, though, she was troubled by her husband’s involvement in a vicious criminal world. And his affairs tormented her in particular.

Escobar slept with hundreds of other women as their family grew bigger — Henao finally gave birth to two children — He even created his own “bachelor pad” at their house during his marriage to Henao so he could meet his mistresses directly under his wife’s nose.

Escobar’s sins, however, extended far beyond infidelity. His cartel assassinated Justice Minister Rodrigo Lara in 1984, killed a presidential contender, and blew up a commercial airline as his riches and power rose.

Henao could no longer overlook her husband’s harsh line of “work” at that point, especially as the family’s routine became more regulated. When Henao and her children sought to see Escobar near the end, cartel members blindfolded them and took them to safe houses. Meanwhile, Henao was terrified of being murdered by one of her husband’s foes.

Escobar’s days were numbered by the time he was arrested in 1993. Escobar finally informed Maria Victoria Henao that he wanted her and the children to relocate to a government-run safehouse.

“I cried and cried,” she recalled. “This was the most difficult thing I’d ever had to do, leaving the love of my life right when the world was coming down on him.”

Pablo Escobar was shot and executed by Colombian police on a rooftop in Medellin in December of that year.

While the rest of the world rejoiced over Pablo Escobar’s death, his family — his wife, son, and daughter — mourned quietly and fearfully. Maria Victoria Henao and her two children packed their belongings and fled Medellin when Colombian authorities raided the city and apprehended Escobar’s cartel.

After being rejected refuge in Germany and Mozambique, the family eventually relocated to Buenos Aires, Argentina. After that, the trio changed their names. “Victoria Henao Vallejos” or “Maria Isabel Santos Caballero” were two of Maria Victoria Henao’s nicknames.

For Pablo Escobar’s widow, though, living in Argentina offered additional obstacles. Maria Victoria Henao and her son Juan Pablo were both arrested and imprisoned for several months in 1999 on accusations of money laundering. Henao informed the reporters after her release that she was arrested because of who she was, not what she’d allegedly done.

She explained, “I am a prisoner in Argentina because I am Colombian.” “They want to try Pablo Escobar’s ghost in order to show that Argentina is fighting drug trafficking.“

Henao remained mostly out of the spotlight for over two decades after her release. In recent years, though, she has spoken publicly about her relationship with Escobar. Mrs. Escobar: My Life with Pablo is the title of her memoir, and it sheds light on both her illustrious husband and her own enigmatic personality.

Henao finds it impossible to reconcile her feelings for Pablo Escobar with the atrocities he committed. She expresses her “immense regret and guilt” for the “immense pain my husband caused” – not only for their family but for Colombia as a whole. Henao openly apologised for her late husband’s reign of terror in a 2018 interview with Colombia’s W Radio.

“I beg pardon for what I did in my youth,” she stated, emphasizing that she was not a cartel member. “I wasn’t having the best of times.”

While the show Narcos glorified Pablo Escobar, it is true that he terrorized an entire country during his time. Countless lives were lost, and even decades after his death, Mexico is still recovering from the Aftershock.

Hippos that Escobar brought to his private zoo decades ago have proliferated and are now spreading through one of the country’s key waterways, the River Magdalena, according to scientists. According to research published last month in the journal Biological Conservation, eliminating the creatures is the only method to reduce their environmental impact.

Escobar’s son has stated that he is not interested in repairing his father’s reputation, but rather that people should keep to the facts as he knows them.

“Let’s not be deceitful. My father was responsible for the deaths of 3,000 people. There is enough bloodshed, explosions, and terror in the genuine story. We don’t need witty screenwriters to spice things up with lies.”

Sources: The Sun, The Week, Collider

After Being The Kingpin Of Drugs, Escobar Family Aims To Beat Apple With Their Newly Launched Foldable Phone 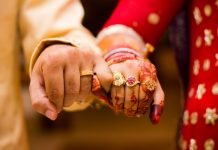 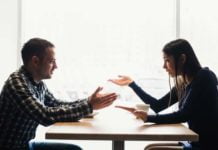 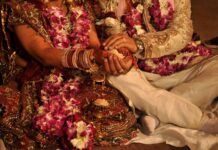 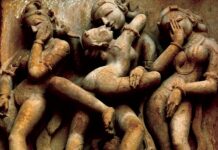 Lifestyle Debanjali Das - January 23, 2022
Breakfast Babble: ED’s own little space on the interwebs where we gather to discuss ideas and get pumped up for the day. We judge...