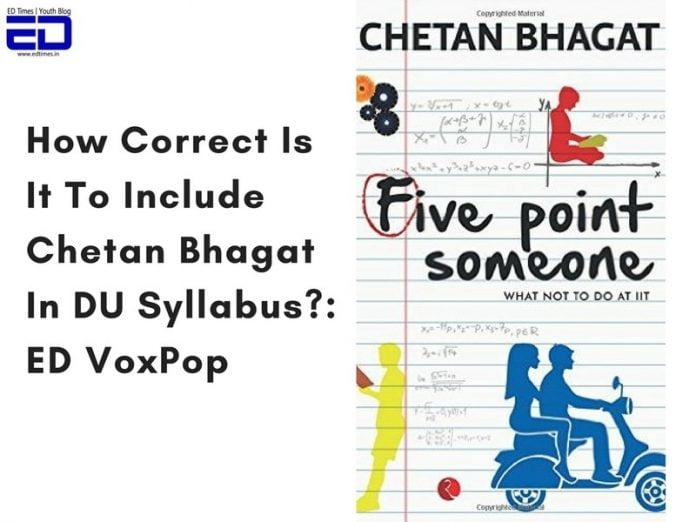 Under the new Choice-Based Credit System (CBCS), students will be provided this book in the second year of their Generic Elective course under the Popular Fiction paper.

Thankfully, this course will not be offered to BA(Honours) English and is available only to those who choose the elective paper.

Chetan Bhagat, obviously, reacted to the news very positively. It wasn’t reported whether he was the only person in the universe to do so, but we are quite sure about such a thing.
Anyway, this is how DU folks reacted to this news: Also read: Half Girlfriend Is “Gonna” BE Half Cringeworthy And Half Disgusting There are professors at DU that had some things to tell us as well. It seems like not many are satisfied with this decision.

While there are people who argue that Chetan Bhagat has to be included because this is what people are reading these days, there are others who also contest the idea that it is sometimes the authors who create a popular culture. Bhagat’s misogyny and blind nationalism is better if it is kept to himself.

For the better of the universe, Bhagat really should move back to banking.

How Did Chetan Bhagat After JK Rowling And Paulo Coehlo Get 8 Million Twitter Followers?

Reviews Brand Voice - May 20, 2022
According to DR. SAHIL KADARI, CEO/CMD/Founder of Block Beats Company, blockchain represents the future of the next generation and one of the best investment...