Home ED Originals This Kind Of Growing Politics Is Very Dangerous In India And We... 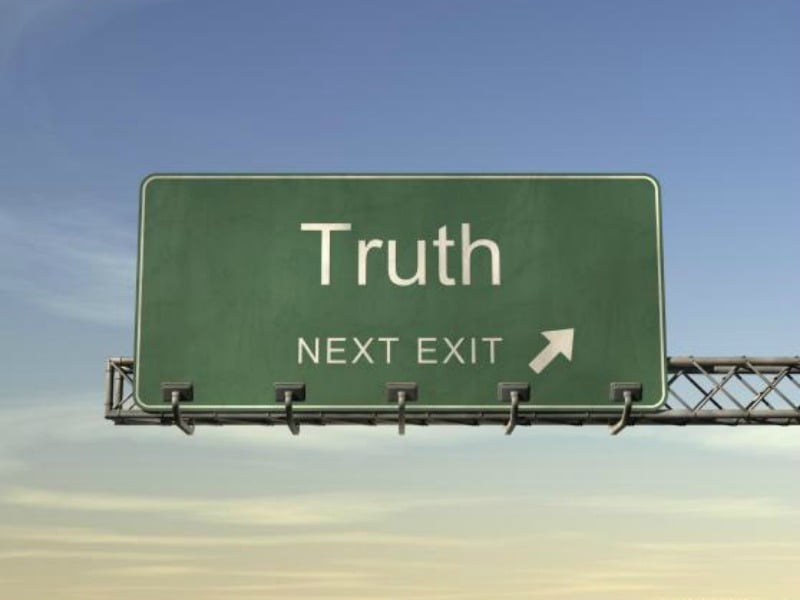 Hold on, I know this is a complex topic. You and I, both have to be patient about it.

You must know the state of Rajasthan’s textbooks recently – a cow is the only animal that inhales and exhales oxygen or Maharana Pratap defeated Akbar in the Battle of Haldighati, while in records, it was actually Maharana Pratap who fled the battlefield.

There is a name to all these “alternative facts”. It’s called post-truth. In our world, truth means facts. Therefore, post-truth goes beyond facts. Not to say that facts aren’t important anymore, but they don’t occupy a centrestage.

Advocates of post-truth believe that in this world, the nature of truth cannot be determined because there are thousands of facts and huge information on one particular incident.

Jonathan Freedland, a journalist, believes that the concept of post-truth is usually used by extremists for their propaganda. In India, quite the same is happening in the name of alternative facts.

Here is how it should be:

1. Facts are not opinions

“A cow is the only animal which inhales and exhales oxygen.”

Are you seriously going to believe that despite your full faith in Modi making India a developed nation, given another five years?

All animals exhale carbon dioxide is a conclusion reached through sophisticated science. You have no choice but to abide by this decision! Like scientist Neil DeGrasse Tyson has explained – when there is a scientific conclusion, many scientists may contest it. Scientists continuously develop on one thing till a point is reached where all of them agree to a “fact”, so to say.

Also Read: Speech That Modi SHOULD HAVE Given On Independence Day

2. High confidence does not establish something as the truth

During the days of banning of currency (mind you, demonetisation is different, factually), I’m sure you would have met someone who would’ve exclaimed that there are no problems being caused by the pan-India exercise and everyone is at peace with the decisions.

At the same time, the person refused to acknowledge that farmers had to dump their tomato harvest because they found dumping it better than selling it for 0.50 rupees.

In this case, the high confidence of some privileged people led the nation to believe that the inconveniences because of demonetisation did not ever exist.

3. Subjectivity does not mean you choose realities

Instead, subjectivity means that you have to acknowledge that there are different realities and because you are not having one doesn’t make either of them false.

Different realities might have problems. We have to accept the problems and work on them.

Saif Ali Khan will not suffer the same problems as a normal Muslim would. So if you think that Muslims have rights in the country because Aamir Khan, Shah Rukh Khan and Salman Khan are still releasing movies, it makes the entire post-truth theory an even bigger farce.

4. Rebuttal of what is happening

Under Nazi Germany, people who supported Hitler believed that the reality of concentration camps was just a myth propagated by the Allied forces to perceive Hitler in the wrong light.

It is eerily similar to what is happening in the country at the present.

Every intellectual is involved in Maoist extremism, hence the crackdown on university spaces. Anything wrong with Kashmir is necessarily something erupted by the Kashmiris or the Pakistanis and the Army is never at fault.

The “emotions” towards the Army as the protectors of our fundamental rights and the blind belief that whatever the army does is for our good is blinding people to ignore first-hand accounts of Kashmiris telling about the brutality to citizens.

Technology has given a boost to this partisanship. The fact that there is a high amount of anonymity enjoyed by different parties has only added fuel to fire.

When environmental activists claim that bursting crackers during Diwali is dangerous, there is a counter-narrative which says that Muslims should stop sacrificing goats in Eid because this leads to bloodshed.

In this situation, we cannot really perceive a problem objectively, and it ultimately becomes about pitting one community against the other.

Post-truth only brings unnecessary complications to a problem and does not provide any solution.

Top 5 Speculations On The Future Of Yogi Adityanath