Home Entertainment Chernobyl Is Not Better Than GoT! There, I Said It 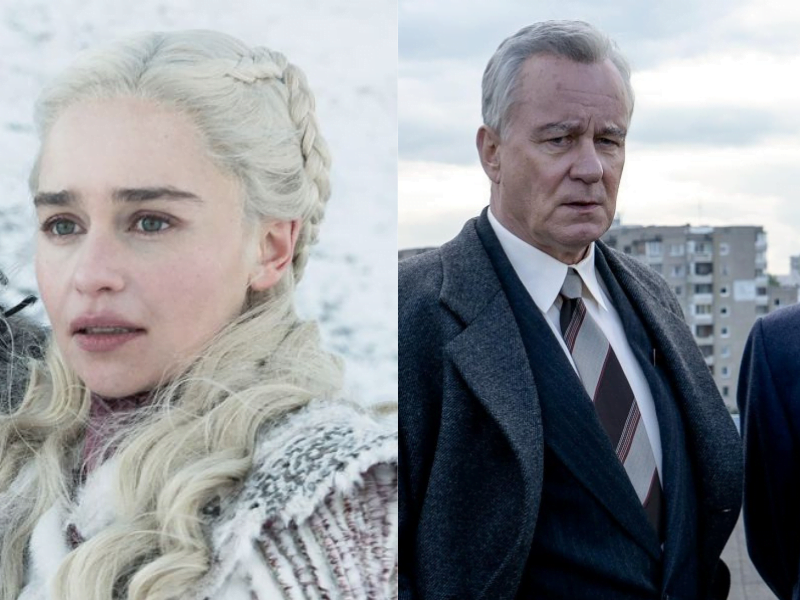 I guess humans are in a constant search for a hero, especially Indians!

And this applies to everything, politics, academics, and especially films and series.

Because peaceful co-existence of two different kinds of heroism or ideologies or even political parties always escapes a hyperbole-loving-waiting-for-a-saviour audience.

This brings me to the incessant pitting of  Chernobyl against Game of Thrones (GOT) in the past one week.

Yes, Chernobyl has out-thrown GoT and Breaking Bad in the IMDb ratings. Yes, it is a brilliant show with people like Anurag Kashyap singing praises of the show in multiple tweets.

But excluding Anurag Kashyap, a lot of the praises on social media came from a sense of comparison. A comparison between GoT and Chernobyl.

To me, it didn’t make a lot of sense.

But since everyone was comparing the two shows, I felt like giving it a try.

However, when I started watching Chernobyl, I felt, there is no parameter of comparison between the two. I only see stark (not Sansa or Arya) differences.

(Sorry for the bad GoT puns)

1) One is a completely fictionalised show and the other is based on a real and unfortunate man-made disaster.

2) The setting of the two worlds and their rules are starkly different. Imagine Mikhail Gorbachev beheading Antaly Dyatlov for criminal negligence or making Viktor Brukhyanov do the walk of atonement.

3) One has a unmissable grandeur to it. The other takes us through the nooks and breaches of a man-made disaster and even human behaviour.

4) Lastly, for Chernobyl, we already know who’s going to die.
And comparing the two, is like comparing  Sandesh (a Bengali sweet) with Chhole Bhature.

There is no comparison!

Additionally, I believe that one piece of art shouldn’t be judged comparing it with another piece of art.

But leaving the sermon aside, the two differ in their basic structure.

Where is the comparison coming from?

So when I saw absolutely no grounds of comparison, I wondered, how did it start?

Game of Thrones finished 2 weeks ago. The memes are still around though, that keep the memory of it alive in our minds.

Also Read: Dumb Punjabi Jokes In The Office’s Hindi Adaptation Should Be Left Back In The 90s

This particular comparison, in my opinion, arises out of a large scale disappointment with the last season of Game of Thrones.

I binge watched it in the last one month and I felt bad. I don’t know what people who’ve been watching it for years might have felt like.

Riding on the disappointment wave of the Long Night ending in one episode, and the GoT finale, a huge number of people felt lost and cheated.

How can a show they rooted for, for 8 years, ditch them like that?

And what happens when your revered hero falls? We are lost and begin looking for a new hero.

1) It presents us with enough drama and intrigue, that once we start, they waste no time in getting to the point and we’re hooked. It’s a horrifying thought as to what it must have felt like to the ones who were there.

2) I couldn’t ever forward even the GoT intro for any episode in the 8 seasons because I knew I could miss a crucial moment. The same is the case with Chernobyl.

3) The dialogues are so beautifully written that I have to rewind some scenes and listen again to appreciate it properly.

4) Jared Harris has done a brilliant job and so have all the other actors. One of my favourite characters is Ulana Khomyuk, who apparently is a fictional character.

I would agree to the fact that Chernobyl is infact a great show, as is GoT.

But pitting one against the other, nah-uh!

Credits to @tanmaymay_ for his inputs in this article.